Tokyo Olympics Coverage For Spectrum Customers From Harlem To Hollis 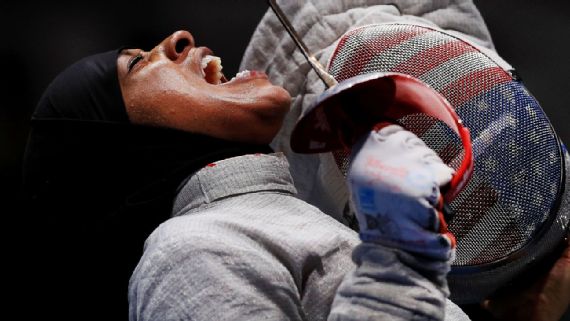 Spectrum and NBCUniversal today announced a multi-platform content offering for NBCUniversal’s coverage of the XXXII Olympiad, which takes place July 23-August 8, 2021, in Tokyo, Japan. Spectrum’s video customers will have access to NBCUniversal’s unprecedented 7,000 hours of Olympic programming, including coverage of all competition sessions, live and on-demand.

In addition to enjoying extensive linear coverage on the networks of NBCUniversal, including NBC, USA Network, CNBC, NBCSN, GOLF Channel, Olympic Channel: Home of Team USA, Telemundo and Universo, Spectrum subscribers can stay connected to the Tokyo Olympic Games wherever they go via NBCOlympics.com and the NBC Sports app, via authentication, which will stream more than 5,500 hours of Tokyo Olympics coverage.

“We look forward to bringing our customers access to NBCUniversal’s complete coverage of the 2021 Tokyo Olympics,” said Tom Montemagno, Executive Vice President of Programming for Charter Communications, which operates the Spectrum brand of TV, Internet, Mobile and Voice services. “With an unprecedented 7,000 hours of multiplatform programming available, Spectrum customers will be able to enjoy their favorite Olympic contests and keep track of the games at home and on the go, using their favorite connected devices.”

The following multi-platform offerings from NBCUniversal will allow Spectrum customers to watch and be a part of this summer’s Tokyo Olympics through their televisions, PCs, mobile and tablet apps, and connected TVs.

Telemundo Deportes, the exclusive Spanish-language home of the Olympic Games in the U.S., will present the most extensive Olympic coverage ever in Spanish-language media focusing on those stories and disciplines that are relevant to the U.S. Hispanic audience, with over 300 hours of programming across Telemundo and Universo.

Olympic live streaming and digital only content will be made available at NBCOlympics.com for PCs, and via the NBC Sports app for mobile devices, tablets, and connected TVs verified customers who subscribe to a package that includes NBCUniversal’s networks and who log-in to the site or app.

Charter Communications, Inc., is a leading broadband connectivity company and cable operator serving more than 31 million customers in 41 states through its Spectrum brand.

Over an advanced communications network, the company offers a full range of state-of-the-art residential and business services including Spectrum Internet®, TV, Mobile and Voice.

Spectrum Reach® delivers tailored advertising and production for the modern media landscape. The company also distributes award-winning news coverage, sports, and high-quality original programming to its customers through Spectrum Networks and Spectrum Originals. More information about Charter can be found at corporate.charter.com.

A division of NBC Sports Group, NBC Olympics is responsible for producing, programming, and promoting NBCUniversal’s coverage of the Olympic and Paralympic Games.

NBC Olympics is renowned for its unsurpassed Olympic heritage, award-winning production, and ability to aggregate the largest audiences in U.S. television history.

NBCUniversal owns the U.S. media rights on all platforms to all Olympic Games through 2032. NBC Olympics also produces thousands of hours of Olympic sports programming throughout the year, which is presented on NBC, NBCSN, Olympic Channel: Home of Team USA, Peacock and NBC Sports digital platforms.