The report summarizes twelve years of data for the largest ongoing urban air monitoring program of any U.S. city.

It describes seasonal trends in air pollution levels from winter 2008-2009 through fall 2020 and highlights sources that contribute to high levels of pollutants in New York City neighborhoods.

“The health of our planet is a critical public health issue for New Yorkers,” said Health Commissioner Dr. Ashwin Vasan. “The choices we make as a global community to combat or perpetuate climate change, show up in our city every day, with deeply unequal impacts. And as a city, we can develop models for the nation to ensure we are breathing cleaner air and launching policies to reduce greenhouse gas emissions, in the effort to slow the warming of our planet. We can all breathe easier when cities commit to fighting climate change and to environmental protection. It saves lives, now and into the future.”

NYC Community Air Survey Findings before, during and after NY PAUSE

More data on local air quality and other health issues related to the environment can be found at the New York City Environment and Health Data Portal. 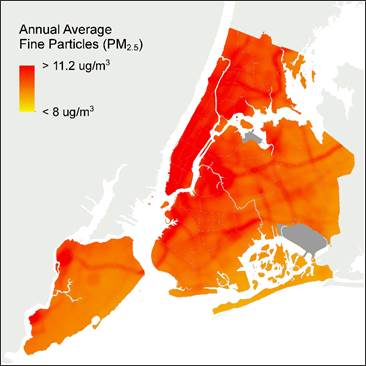 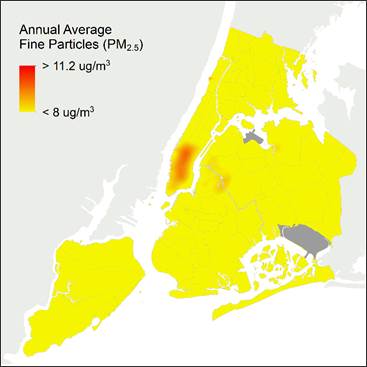 The Health Department conducts NYCCAS with Queens College of the City University of New York to evaluate how air quality differs across New York City.

Air pollution measurements are taken each season with monitors mounted at street level at about 100 locations throughout the five boroughs.

More information on NYCCAS can be found here.

The Health Department prioritizes the reduction of emissions and air quality improvement citywide.