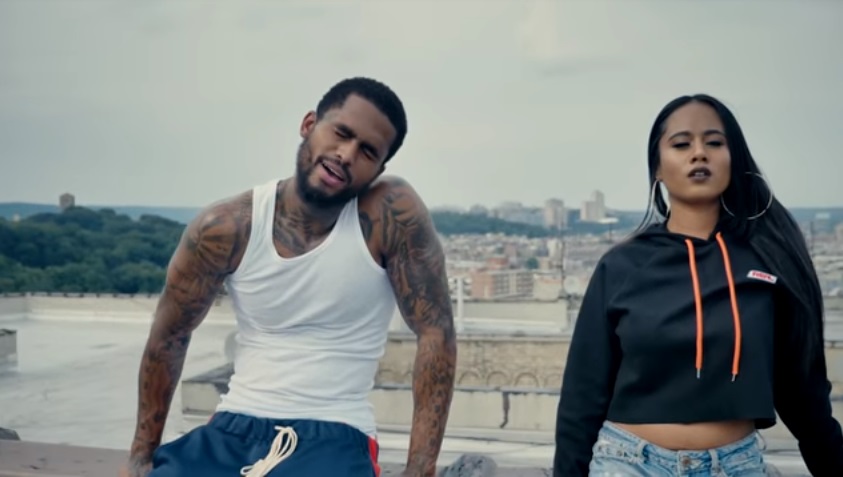 In 2017, Dave East was back with some new visuals for his track “Slow Down,” featuring Wyclef Jean protegee Jazzy Amra soulfully killing the vocals.

The video follows a young man through a summer day in his neighborhood, an unflinching, rough part of town. The story isn’t afraid to deal with some darker subject matter, as is common with East’s lyrics. Getting shot at in broad daylight, a pregnancy scare and more are all in the cards as the sun begins to set.

Keep your eyes out for Jazzy Amra, she’s had summer radio, streaming platforms, music press and TV buzzing with her single and music video “You Got Me,” since her debut performance last month on MTV’s TRL. Currently recording as well as on tour with Wyclef Jean, around her smash single,”You Got Me”.

Jazzy Amra was born Jazmine Pena in The Bronx with a single mother in less-than-ideal circumstances. Driven by the memory of her mother’s passion for music, Jazzy has burst onto the New York hip hop scene.

Jazzy is featured on Wyclef’s album Carnival III: Fall and Rise of a Refugee, which was released September 15th, 2017. She recently released her own first single, “Caught Up”, as well as her new summer single “You Got Me”, which she debuted performing on TRL in June and is a part of Wyclef Jean’s forthcoming new mixtape, “Wyclef Goes Back to School”.