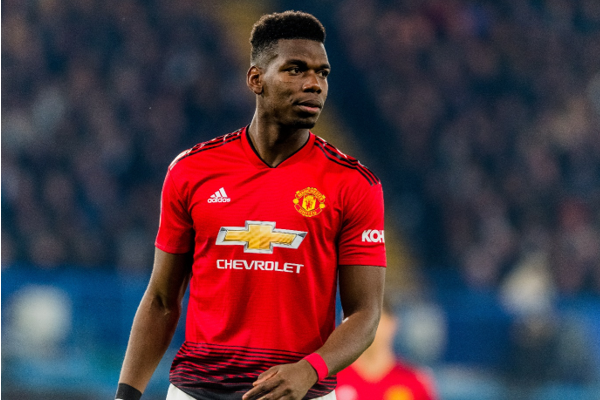 With it looking increasingly likely that Paul Pogba will be leaving Manchester United at the end of his contract this summer, speculation is already mounting over where the Frenchman will end up next.

The 29-year-old, who became the most expensive player in the world at the time, joined United from Juventus for £90 million five years ago but his lukewarm spell in English football looks to be coming to an end.

Pogba won a league cup and Europa League during his time at Old Trafford thus far, also picking up a World Cup in 2018 with the French national team. However, with United underperforming and Pogba enjoying a purple patch of form, it seems inevitable that they will part ways this summer — United potentially missing out on the top four in the sports betting. Read on, as we discuss the most suitable options for the midfielder when he does move on.

If this summer is anything to go by, then Paris Saint-Germain looked to have changed their ways in terms of transfers, whilst still attracting the top talent. The French outfit signed a plethora of elite talent for free including Lionel Messi and Sergio Ramos, and could continue along a similar path if they can lure Pogba to the Parc des Princes this summer.

The French league may not be the most competitive, but with PSG having every chance of winning the Champions League given their attacking options, Pogba could fit right in to make a strong midfield capable of dominating for years to come — plus it is not like the Parisians are strapped for cash in terms of matching Pogba’s hefty wages.

It is unlikely we will see Pogba trade allegiances in England so a move abroad appears the most viable solution. While Juventus are a team in transition under Massimiliano Allegri, they look to be a team on the way back up and a marquee signing like Pogba could be exactly what The Old Lady need to return to their perch as the dominant outfit in Italian football. While they are still far away from challenging for the Serie A title, with Napoli and Inter Milan pulling away from the rest of the competition, a couple of solid signings combined with the already impressive set of young players amongst the ranks in Turin and they could once again become a formidable outfit.

Having sold Pogba for a record-breaking fee back in 2016, Juventus went on to reach the Champions League final, their second in three campaigns but were once again denied after losing to Real Madrid. Many wondered if they could have gone the whole way had the Frenchman been available back then, but regaining Pogba’s services in the peak of his powers would stand them in good stead to compete once more.

The German champions seem to have a well-organised transfer policy which saw them climb to the pinnacle of Europe two seasons ago, winning the Champions League. Despite losing Thiago Alcântara that summer, Bayern didn’t look phased and strolled to another domestic title. Now under the guidance of young, hungry coach Julian Nagelsmann, the Bavarians are on a quest to reclaim their European crown, and having Pogba in an already strong midfield could considerably boost their chances.

In a free role alongside Joshua Kimmich and Leon Goretzka, Pogba would have less defensive responsibility and instead be allowed to create the chances that see him top of the Premier League playmaker charts with seven assists already this season. His combative style, coupled with the tactical nous of Nagelsmann could be a recipe for more success, the only issue is wages, with Bayern rarely forking out the £300,000 a week It could take to bring someone like Pogba to the Allianz Arena.