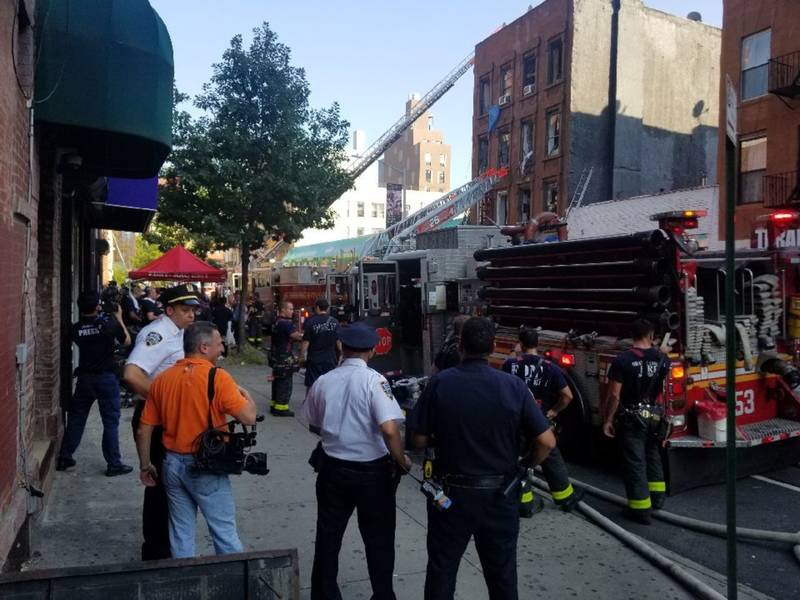 Patch reports that one person was injured when a three-alarm fire broke out in an East Harlem apartment building, an FDNY spokeswoman said.

The fire started at 158 E. 110th St, between Lexington and Third avenues, around 3:40 p.m., an FDNY spokeswoman said. Firefighters responded to the scene and discovered a fire in the basement of the four-story multiple dwelling building, fire officials said.

The response was upgraded to two alarms shortly after 4 p.m. and to three alarms around 4:20 p.m., an FDNY spokeswoman said. A three-alarm response means more than 130 firefighters responded to the scene. The blaze spread from the building’s basement to the first floor as firefighters battled the flames, fire officials said.