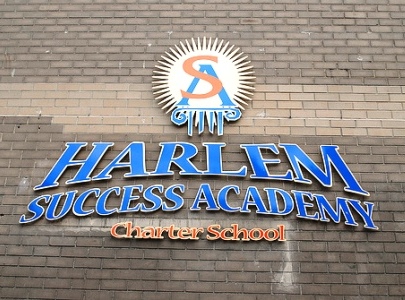 The city announced Tuesday that three public school buildings in Harlem had reported new coronavirus cases in recent days, as staff prepared to welcome back students for in-person classes.

These three Harlem school buildings each reported one case:

The positive tests were confirmed between Friday and Monday, the day before K-5 and K-8 students returned across the city.

In all three cases, the employee had reported to the school building, and their close contacts have been quarantined, the Department of Education told reporters Tuesday evening.

Those three buildings were among 25 citywide to report a positive test between Friday and Monday. Another 15 schools had a confirmed case where the employee hadn’t returned to the building, including one Harlem school: Success Academy Charter School – Harlem 5, at 301 West 140th St.

DOE protocol does not automatically close down a school if one coronavirus case is detected, though staff have the option to work from home while contact tracing is completed.

Earlier this month, positive tests were reported among one employee each at P.S. 146 and Esperanza Preparatory Academy in East Harlem, and P.S. 161 Pedro Albizu Campos in West Harlem. All three schools stayed open.

The city is automatically closing school buildings for 24 hours if they report more than one case. One school reported two cases this week, leading to a closure Tuesday: P.S. K811 Connie Les School in Sheepshead Bay, Brooklyn reports Patch.