Thomas A. Moorehead Talks Lamborghini, Being First And More On The Danny Tisdale Show 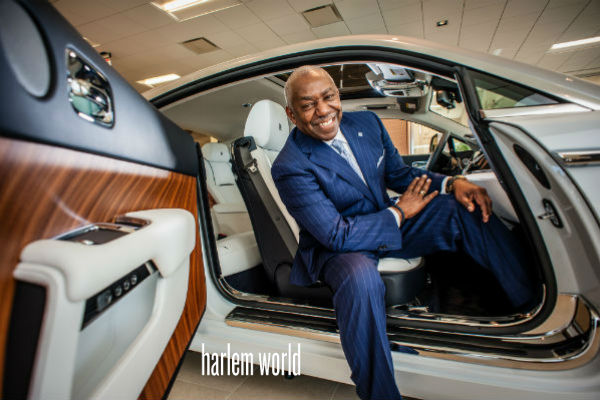 Listen to Thomas A. Moorehead talk about being the first African American Lamborghini car dealer, the future, inspirations, and More with host Danny Tisdale, on The Danny Tisdale Show.

Auto sales entrepreneur and real estate developer Thomas Moorehead was born on April 21, 1944 in Monroe, Louisiana to Minnie Mae Thomas. In 1962, he graduated with honors from the segregated Carroll High School; and, in 1966, he earned his B.A. degree in business administration from Grambling State University. Moorehead then received his master’s degree in social work from the University of Michigan in 1971.

Moorehead was hired by Mobile Corporation in 1966, and then Chrysler Corporation in 1969, where he worked as a systems analyst. After participating in development programs at the Chrysler Management Institute and the United Auto Workers Training Institute, he accepted a job at the University of Michigan as director of community services. Here, he taught graduate students at the School of Social Work while working on his Ph.D. in urban and regional planning. He left the University in 1984 to work at Bradley Automotive Group in Ann Arbor, Michigan. Moorehead was accepted into the first in-house Dealer Training Program at General Motors, and graduated in 1985. He opened his first dealership, Moorehead Sentry Buick/Isuzu in 1987 in Omaha, Nebraska, and sold it in 1995 upon opening Moorehead Buick/GMC Trucks in Decatur, Illinois. In 1998, Moorehead was awarded one of the three sites for a new BMW dealership in Sterling, Virginia by the National Association of Minority Auto Dealers (NAMAD). He sold his dealership in Decatur in 2000 with the opening of Moorehead BMW/Mini of Sterling. The following year, he founded and became president of Moorehead Properties, Inc. In 2007, he became the first African American owner of the Marriott Residence Inn at the National Harbor Resort and Convention Center in Maryland. In 2013, Moorehead became the first African American awarded a full-service Rolls Royce franchise with the opening of Rolls Royce Motorcars of Sterling. He then purchased Harley-Davidson of Washington D.C. in Fort Washington, Maryland in 2014; and, in 2016, he became the first African American Lamborghini and McLaren dealer. Moorehead sold Harley-Davidson of Washington D.C. in 2018 and resigned as CEO in 2019, but remained as owner and chairman of the board.

Moorehead has received many awards for his work in the auto industry, and has served on numerous boards, including two terms on the Motor Vehicle Dealer Board in Virginia, and as chairman of NAMAD from 2013 to 2015. He is also a cofounder of the African American Network Against Alzheimer’s; and, in 2004, he and his wife established the Joyce & Thomas Moorehead Foundation.

Moorehead resides in Virginia with his wife, Joyce. They have two adult children, Tony and Pam, and two grandchildren, Alexis and Alexander.

This podcast was originally posted on Tuesday, March 3rd, 2016.