This Fabulous Harlem Mansion From ‘The Royal Tenenbaums’ Is Renting For $20,000 A Month 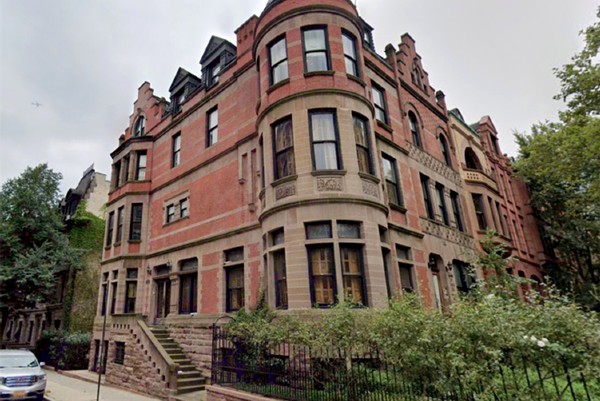 Demetrius Simms for the Robb Report writes, if you ever imagined what it might be like to live inside a man named Wes Anderson film, you may be in luck.

The castle-like home located at 339 Convent Avenue—as opposed to the movie’s Archer Avenue—has six bedrooms, 4.5 bathrooms, a butler kitchen and a chef’s kitchen.

Renters will also be kept warm with not one but six fireplaces, as well as an elevator and over 50 windows.

The Hamilton Heights abode belonged to US attorney Charles H. Tuttle before Anderson’s fictional family highlighted it on the silver screen.

Several New York figures, ranging from Fiorello LaGuardia to James Russel Parson, have reportedly been regular guests at the property.

According to Anderson, the mansion was vacant when his team spotted it, but had just been purchased by Willie Woods, President at ICV Partners for $460,000.

Woods allowed the director to rent it for six months before starting his own renovations on it.

“We spent months searching for different houses,” Anderson says. “It needed to be a New York house that wasn’t stereotypical, and where you’d have a real strong sense of family history.”

The Royal Tenenbaums, which was co-written by Anderson and Owen Wilson, focuses on Royal Tenenbaum and his wife Etheline who had three children—played by Ben Stiller, Gwyneth Paltrow, and Luke Wilson—together before separating.

All three were seen as extraordinary geniuses, however, the young Tenenbaums’ supposed capabilities become shrouded over time by decades of failure and betrayal.

An unexpected winter reunion brings the family and the siblings, who are now adults, back together.

As for the house, the film showcases all the elaborate detailing that’s become synonymous with Anderson’s oeuvre. We see glimpses of colorful printed wallpapers, stained-glass windows, and dark wooden trim.

The rooms appear a bit cozy (read: small) in the film, but that’s certainly not uncommon for prewar structures, no matter the square footage.