The Voices Of Slavery, Audio Interviews With Formerly Enslaved Americans (1932-75) 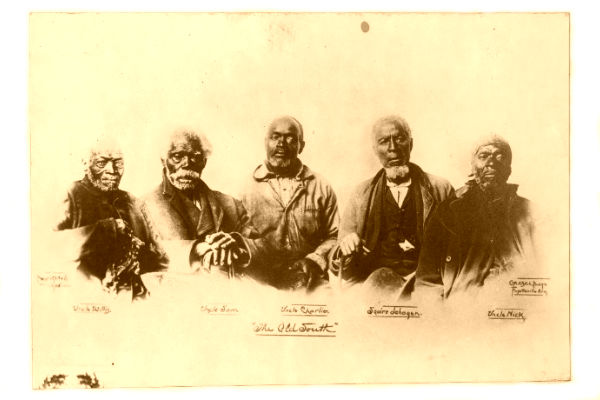 “During the last three decades of legal slavery in America,” writes Lucinda MacKethan at the National Humanities Center, “African American writers perfected one of the nation’s first truly indigenous genres of written literature: the North American slave narrative.” These heavily mediated memoirs were the only real firsthand accounts of slavery most Americans outside the South encountered. Their authors were urged by abolitionist publishers to adopt conventions of the sentimental novel, and to feature showy introductions by white editors to validate their authenticity.

Fugitive slave narratives did not necessarily give white Americans new information about slavery’s wrongs, but they served as “proof” that enslaved people were, in fact, people, with feelings and intellects and aspirations just like theirs.

Ex-enslaved writers like Frederick Douglass and Harriet Jacobs sensationalized readers with stories of the physical and sexual violence of slavery, and their stories became abolitionists’ most potent weapon. The form succeeded as much on dramatic effect as on its documentary value.

Douglas and Jacobs were exceptional in that they had learned to read and write and escaped their terrible conditions through the strength of will, ingenuity, the kindnesses of others, and sheer luck. Most were not so fortunate.

But we now have access to many more firsthand accounts—thanks to the work of the Federal Writers Project (FWP) of the Works Progress Administration and others, who recorded thousands of interviews with formerly enslaved people living well into the 20th century, all from the first generation to outlive slavery.

Ted Koppel debuted some clips of those recordings to his Nightline audience in the 1999 episode above. “They are haunting voices,” he says, then prefaces the tape with “brace yourselves for a minor miracle.” What is miraculous about the fact that people who were born in slavery lived into the age of audio recording?

Perhaps one reason it seems so is that we are conditioned to think of legal enslavement and its effects as receding further back in time than they actually do. In the 1930s, the FWP filed transcripts of over 2,300 interviews and 500 black-and-white photographs of people born into slavery.

Also, in the 30s, ethnologists like Harlem’s Zora Neale Hurston and the Lomaxes began recording audio interviews with formerly enslaved people like Fountain Hughes, further up, born in Charlottesville, Virginia.

Recorded in 1949, he is fearfully reluctant to talk about his experience but vocal about it nonetheless: “”You wasn’t no more than a dog to some of them in them days. You wasn’t treated as good as they treat dogs now. But still I didn’t like to talk about it. Because it makes, makes people feel bad you know. Uh, I, I could say a whole lot I don’t like to say. And I won’t say a whole lot more.”

The Library of Congress puts the 23 surviving recordings in context:

The recordings of former slaves in Voices Remembering Slavery: Freed People Tell Their Stories took place between 1932 and 1975 in nine states. Twenty-three interviewees discuss how they felt about slavery, slaveholders, coercion of slaves, their families, and freedom. Several individuals sing songs, many of which were learned during the time of their enslavement. It is important to note that all of the interviewees spoke sixty or more years after the end of their enslavement, and it is their full lives that are reflected in these recordings. The individuals documented in this presentation have much to say about living as African Americans from the 1870s to the 1930s, and beyond.

Only seven of these voices have been matched with photographs. Many of these people were interviewed elsewhere, but on the whole, little biographical information about them exists. The final interviewee, Charlie Smith, recorded in 1975, was the subject of a book and numerous magazine articles. He died four years later at 137 years old. Hear all of the audio interviews with formerly enslaved people at the Library of Congress’s Voices Remembering Slavery project and find resources for teachers here.