The Vivian Howard Story From Harlem Resident To Author, Host And More 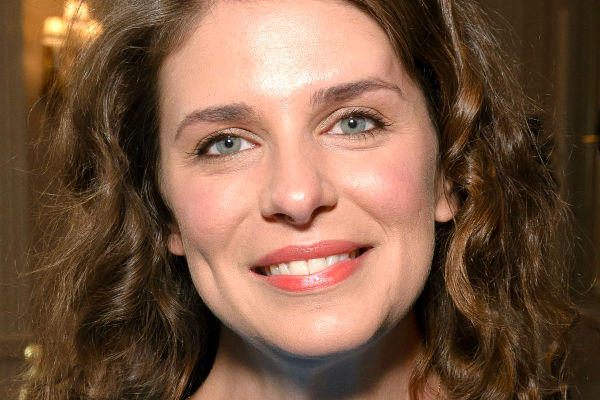 Vivian Howard is an American chef, restaurateur, author, television host, and onetime Harlem resident. From 2013-2018, Howard hosted the PBS television series A Chef’s Life focusing on the ingredients and cooking traditions of eastern North Carolina — using the backdrop of the Chef & the Farmer restaurant in Kinston, North Carolina, which Howard co-owns with her husband, business partner, and artist, Ben Knight.

In 2014, Howard was the first woman since Julia Child to win a Peabody Award for a cooking program. In 2017, she authored the cookbook-memoir Deep Run Roots.

Howard grew up in Deep Run, North Carolina, a small community near the town of Kinston. Her parents were farmers who raised hogs and grew tobacco, cotton, soybeans, and corn.

At age 14, Howard attended an all-female Moravian boarding school, Salem Academy, in Winston-Salem, North Carolina, and then spent two years at Virginia Episcopal School, a boarding school in Lynchburg, Virginia. In 2001, she earned her BA in the English Language from North Carolina State University.

During her time at NCSU, she studied abroad for a semester in Argentina, as part of a culinary-themed program.

After graduating, Howard moved to New York City and began working in advertising for Grey Worldwide.

She quit after 18 months and started working as a waitress at Voyage restaurant. Scott Barton, the restaurant’s executive chef, became her early mentor.

Howard graduated from the Institute of Culinary Education in NYC in 2004. She completed an internship at Wylie Dufresne’s wd~50 and trained as Chef de Partie at Jean-Georges Vongerichten’s Spice Market.

Howard married Ben Knight, one of her coworkers at Voyage, and the two started a soup delivery business out of their apartment in Harlem, an effort that included chilling soup in the bathtub.

Howard married Ben Knight, one of her coworkers at Voyage, and the two started a soup delivery business out of their apartment in Harlem, an effort that included chilling soup in the bathtub.

Despite offers from investors to open a brick-and-mortar location in New York, the couple agreed to accept Howard’s parents’ offer to buy a restaurant in Kinston.

Howard and Knight moved to North Carolina in 2005 and opened Chef & the Farmer in 2006 in a downtown building that was previously a mule stable.

More than 60% of the ingredients used in the restaurant come from within a 90-mile radius.

In 2018, Howard said “Older folks in our community teach me how to make something very simple. One of the things I like about A Chef’s Life and dislike about modern media, in general, is that [our culture is] very young-person-new-ideas driven, and I don’t think people call on the wisdom of older folks very much. To learn from them and share has been wonderful.”

In 2012, the Chef & the Farmer building caught fire and was rebuilt. In 2013, Howard and Knight opened the Boiler Room, a casual spot that serves oysters and burgers catty-corner from Chef & the Farmer.

Howard has authored a cookbook and memoir, titled Deep Run Roots – Stories and Recipes from my Corner of the South ISBN 0316381101, which was released in October 2016. After the book was released, it remained on the New York Times Bestseller List for 3 weeks.

In 2017, the book won four IACP Cookbook Awards including Cookbook of the Year, Julia Child First Book Award, Outstanding Restaurant Cookbook, and Outstanding Cookbook in the General Category. Howard plans to write another cookbook to be released in 2019.

Howard and Knight opened a restaurant called Benny’s Big Time Pizzeria on December 12, 2017, in the Warehouse District of Wilmington, NC.

In 2011, after being concerned that certain food traditions would be lost without documentation, Howard contacted her friend Cynthia Hill, a filmmaker from Eastern North Carolina.

Together, Howard and Hill filmed a pilot. PBS and South Carolina Educational Television picked up the show, and Seasons 1 and 2 aired nationally from 2013 to 2015. Season 5 premiered in October 2017.

After five seasons, the show ended with a one-hour finale, “Harvest Special.”

The show has attracted many fans to Chef & the Farmer and has contributed to Kinston’s increasing economic growth.

A Chef’s Life is a 2014 Peabody winner for Excellence in Broadcasting, a 2015 Daytime Emmy winner for Best Directing of a Lifestyle/Travel/Culinary program, and was a 2016 James Beard Foundation Award for Outstanding Culinary Host.

Howard is married to Ben Knight. The couple met while working together at Voyage restaurant in NYC. They live on Howard’s family homestead in Deep Run, North Carolina with their twin children.