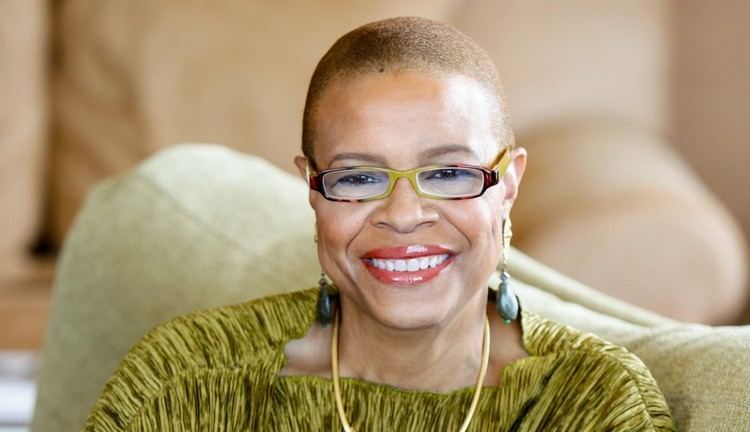 Terrie M. Williams, one of the country’s premiere public relations professionals, whose firm has represented some of the biggest names in entertainment, sports and business, has announced that the company that bears her name will be closing in September 2018.

After 40 years of being in the public eye, Williams said she is retiring to focus on personal wellness, family and travel, and the next chapter of her extraordinary life.

“I’m so proud of what we have done over the last four decades, and I want to thank all those who have been so supportive of me through my successful journey,” Williams said. “There are countless individuals who have inspired me, guided me, and helped me throughout my career. I owe so much to so many people, and to all of them I offer my heartfelt thanks.

“Unfortunately, the time has come to bring this chapter of my life to a close.”

The phenomenal and inspirational success story of Terrie M.Williams began as the tale of a caring and shy young woman who “wanted to save the world.” The early chapters of her life will chronicle that she was a social worker by training who earned a Masters in Social Work from Columbia University. But it was her venture into the entrepreneurial world – as the founder of The Terrie Williams Agency, one of the country’s most successful public relations and communications firms – that made an enduring mark in the archives of business history.

As an author Williams has written four successful books. Her first, The Personal Touch: What You Really Need to Succeed in Today’s Fast-paced Business World (1994, Warner Books), is a perennial business bestseller. Her second book, Stay Strong: Simple Life Lessons for Teens (Scholastic, Inc., 2001), has been utilized in school curricula and was the catalyst to launch The Stay Strong Foundation, a national non-profit for youth. A Plentiful Harvest: Creating Balance and Harmony Through The Seven Living Virtues (Warner Books, 2002), was Terrie’s undertaking to help others achieve balance in their daily lives, reconnect with their heritage, and identify the needs of their souls.

Her last book, entitled Black Pain: It Just Looks Like We’re Not Hurting, (Scribner 2008) detailed the untold story of depression among African-Americans. This powerful account helped break the silence in Black communities about the debilitating impacts of the disease when it was unacknowledged and untreated. Terrie’s bravery and openness about depression and mental illness led to a national mental-health advocacy campaign called “Sharing Ourselves…Healing Starts With Us,” a collaboration with the Ad Council’s and SAMHSA’s Campaign of Mental Health Recovery.” The campaign garnered $2.5 million in donated national advertising space and 11 million media impressions.

Williams has also been one of the country’s most highly sought-after speakers, and has shared her unique brand of success and personal development strategies with numerous Fortune 500 companies and countless organizations, including the New York University Continuing Education Program, The New School for Social Research, The National Football League, The National Basketball Association and the National Hockey League.

Her success story has been featured in dozens of publications including The Washington Post, The Boston Globe, Crain’s New York Business, The New York Daily News and People, Adweek, Essence and Savoy magazines. The Agency’s accomplishments have been used as the basis for public relations seminars and college classes, and Williams has been quoted and featured in college textbooks, industry newsletters and even novels. A sampling includes: Public Relations: A Values-Driven Approach (by David Guth and Charles Marsch); Basic Media Writing (a college text by Melvin Mencher that has featured Williams in every edition since 1989); Rogers’ Rules for Businesswomen (by Henry C. Rogers); Any Way The Wind Blows (by E. Lynn Harris); Keys to Positive Thinking (by Napoleon Hill of Think & Grown Rich fame); and Show & Tell (by Nelson George).

The hundreds of honors and awards Williams has received over the years include Woman’s Day magazine’s “50 Women On A Mission To Change The World,” Ebony magazine’s “Power 150” for Activism, and a Black History Makers honoree on the 2013 the Grio 100 list. Also, Terrie received The Blanton-Peale Institute and Counseling Center’s Norman Vincent Peale Award for Positive Thinking, The New York Women in Communications Matrix Award in Public Relations (she was the first and only woman of color to be so honored in the 30-year history of the award); the PRSA New York Chapter’s Phillip Dorf Mentoring Award; and The Citizen’s Committee for the New York Marietta Tree Award for Public Service. In 1996 Williams was the first person of color honored with the Vernon C. Schranz Distinguished Lectureship at Ball State University in Muncie, Indiana. Established in 1979, the Lectureship is recognized as one of the most preeminent honors in the public relations field.

In 1998, to commemorate the 10th anniversary of The Terrie Williams Agency, Williams donated her collection of business and personal papers to Howard University’s Moorland-Spingarn Research Center. The donation was the center’s first gift of material specific to the public relations field. The Moorland-Spingarn Research Center is the world’s largest, most comprehensive repository of information and materials about and by people of African descent, housing works by such legendary figures as Phillis Wheatley, Frederick Douglass, W.E.B. DuBois, Alice Walker, James Baldwin and Toni Morrison.

Terrie’s success story has been built on a foundation of the countless contacts, friends, mentors and business associates that helped her rise to the pinnacle of her profession.

“I have been blessed,” she has said. “And I know that the best way to say thank you to all those who have done so much for me is to give something back and pass it on to those who will follow us. I always wanted to save the world,” she has said with a laugh.

“I couldn’t do that, of course. But I hope I have my done my part and I hope I’ve encouraged others to do the same.”

Editor’s note: Harlem World Magazine congratulates Terrie Williams for her contributions to America and especially to her commitment to Americans of African descent cannot be measured.