“The Strategic King: MLK’s Visionary Leadership” Celebration At The Apollo In Harlem 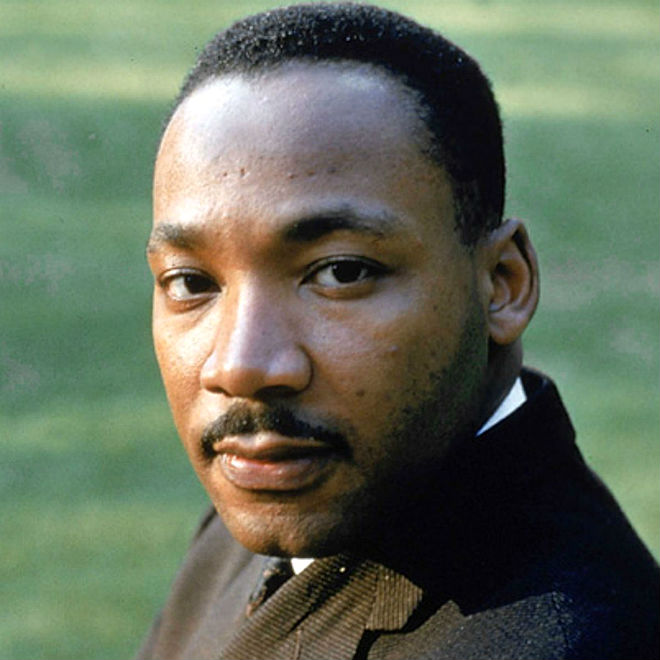 Hosted by WNYC’s Peabody Award-winning host Brian Lehrer and All Things Considered host Jami Floyd, this annual gathering convenes artists and activists, journalists and changemakers to deeply engage with Dr. King’s legacy and how his actions and teachings speak to and inform the social justice matters of our own time.

This year’s event, “The Strategic King: MLK’s Visionary Leadership,” will focus on Dr. King and his colleagues’ skillful use of the media and politically strategic tactics to influence politicians and helped pass key legislation in the Civil Rights Movement of the 1960s.  The event will consider how those strategies continue to inform and inspire contemporary social justice movements, especially as some of those very protections are under attack today.

The program will be complemented by music and special spoken-word performances by artist and MacArthur Fellow Carrie Mae Weems, Pulitzer Prize-winner and U.S. Poet Laureate Natasha Trethewey, and playwright and producer Jessica Care Moore. WQXR’s Terrance McKnight will serve as Master of Ceremonies.

For the first time since its inception, this year’s event will take place one week before the Dr. Martin Luther King, Jr. national holiday, and will be recorded for national broadcast to over 300 stations on NPR’s 1A on the actual holiday, Monday, January 20. Locally in New York, WNYC’s The Brian Lehrer Show will air the special on Monday, January 20, 2020, as well.

“This year’s Uptown Hall partnership with WNYC explores a different more in-depth view of Dr. King and gives us a chance to take a deeper dive into the political and media strategies that helped shape the core of the Civil Rights Movement. As the Apollo kicks-off this new decade, it will continue to uplift and celebrate bold leaders such as Dr. King, whose lasting influence and significance still remain,” said Jonelle Procope, President and CEO, Apollo Theater.

“Dr. King often gets celebrated for his high ideals – as he should be – but at this moment of renewed activism for equality and social justice, it’s also good to recognize his practical side,” said Brian Lehrer. “We can learn today from how he organized for change, and how the strategic King had success. To that end, we’re thrilled to have the mix of long-time movement leaders and younger activists that we do, and excited to bring it to a national audience via our colleagues at NPR and 1A.”

“Leadership is as much about strategy as it is about inspiration,” said Jami Floyd. “Dr. King anticipated the strategies needed to bring about change. He employed powerful unconventional tactics to challenge the status quo. By recognizing and interpreting political undercurrents, moral awakenings in the North, and changing social mores – especially among younger Americans – King strategically set out to redirect political forces at local and national levels. Whether Marching on Selma or composing his Letter from a Birmingham Jail, Dr. King was driven by an uncompromising vision of social justice, he always approached tactical decisions with a seasoned eye for risks, unintended consequences, and symbolic value. King’s impressive command of these strategic leadership disciplines led to truly historic success and made him the transformational leader we celebrate today.”

With an urban vibrancy and a global perspective, WNYC is New York’s public radio station, broadcasting and streaming award-winning journalism, groundbreaking audio programming, and essential talk radio to the city and beyond. WNYC is a leading member station of NPR and also broadcasts programs from the BBC World Service, along with a roster of WNYC-produced local programs that champion the stories and spirit of New York City and the surrounding region. From its state-of-the-art studios, WNYC is reshaping audio for a new generation of listeners, producing some of the most-loved nationally-syndicated public radio programs including Radiolab, On the Media, The Takeaway and Snap Judgment. WNYC broadcasts on 93.9 FM and AM 820 to listeners in New York and the tri-state area, and is available to audiences everywhere at WNYC.org, the WNYC app and through major digital radio services, all made possible through the generous support of our members, donors and sponsors.

Since introducing the first Amateur Night contests in 1934, the Apollo Theater has served as a testing ground for new artists working across a variety of art forms and has ushered in the emergence of many new musical genres—including jazz, swing, bebop, R&B, gospel, blues, soul, and hip-hop. Among the countless legendary performers who launched their careers at the Apollo are D’Angelo, Lauryn Hill, Machine Gun Kelly, Miri Ben Ari, Ella Fitzgerald, Sarah Vaughan, Billie Holiday, James Brown, Michael Jackson, Gladys Knight, Luther Vandross, and Stevie Wonder; and the Apollo’s forward-looking artistic vision continues to build on this legacy.

“The Strategic King: MLK’s Visionary Leadership” is free and open to the public, but RSVPs are mandatory at: apollotheater.org/uptownhall. Tickets will be available in January 2020.

The event presented in collaboration with the March on Washington Film Festival.