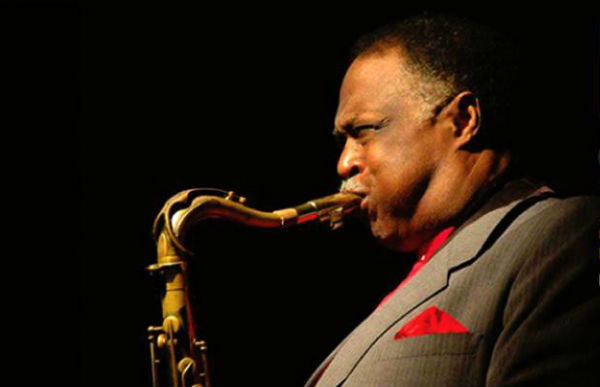 The folks at Smoke Music, has some of the best musicians playing at their gigs, and here’s  the August schedule to prove it:

John Farnsworth leads a superb quintet that features drummer Joe Farnsworth, his younger brother. John’s deeply resonant sound and no-nonsense melodicism place him squarely in the hard bop tradition of tenor saxophonists. Originally an accomplished trombonist, Farnsworth switched to the saxophone and then worked with masters and unsung heroes such as Junior Cook, Cecil Payne, Eddie Henderson, and Curtis Fuller over the past 30 years. His quintet also includes rising stars Josh Bruneau on trumpet, Victor Gould on piano, and Matt Dwonzyk.

Trumpeter Duane Eubanks leads a quintet featuring trombonist Robin Eubanks, his older brother. The Chicago Reader says, “Eubanks has a lovely, burnished tone, and the clarity of his lines suggests that he has a solid footing in the history of jazz—flashes of horn men such as Clifford Brown and Woody Shaw turn up in his playing.” He was a member of Mulgrew Miller’s band Wingspan as well as working with Dave Holland, Elvin Jones, Orrin Evans and another well-known older brother, guitarist. In addition to his extensive jazz credits, Eubanks is also known through his work for popular artists like the Temptations, Alicia Keys, Mos Def, and Wu Tang Clan. His recent album, DE3’s “Live at Maxwell’s” was called “close to improvised perfection” by GinaLovesJazz.com.

Bassist Richie Goods leads his exciting band The Goods Project with Tom Guarna, Shedrick Mitchell, and Kush Abadey. Goods, originally from Pittsburgh, first came to prominence with Mulgrew Miller. He toured and recorded with Mulgrew for nine years and that led to many opportunities with Lenny White, Louis Hayes, Milt Jackson, Russell Malone, Vincent Herring, the Manhattan Transfer and also with popular artists like Whitney Houston, Christina Aguilera, Alicia Keys and Common. Goods most recently toured with Grammy winning trumpeter, Chris Botti. He says of The Goods Project, “The personnel…changes from time to time but one thing remains constant. The energy is truly explosive, igniting the stage and exciting the audience in one beautiful chain reaction.”

A Tribute to Mulgrew Miller

The late, great poet of the jazz piano, Mulgrew Miller, is the focus of this heartfelt tribute by five illustrious former colleagues. The all-star quintet features Steve Nelson, Terell Stafford, Danny Grissett, Peter Washington, and Lewis Nash. The New York Times remembered Miller saying, “His balanced but assertive style was a model of fluency, lucidity and bounce, and it influenced more than a generation of younger pianists.” It’s hard to image a better group to promote Miller’s lasting contributions and compositions.

Percussionist Steve Kroon’s career spans over 35 years and includes work with notables such as Luther Vandross from 1981 to 2001, and Ron Carter from 1987 to 2004. He has also recorded with an impressive list of artists including Roberta Flack, Bill Cosby, Aretha Franklin, and Diana Krall. His recent recording, On the #1, was called“(a) percussive-laden session of Afro-Cuban rhythms, a slice of Brazil and draws on his Nuyorican heritage for a taste of the Puerto Rican flair,” and “must listen” Latin jazz album by All About Jazz.

Eric Alexander, known both for his high-octane energy and sensitive balladry, leads a quartet that features his former teacher and longtime colleague, the great Harold Mabern. The rest of the rhythm section is no less impressive and includes two of Alexander’s favorites: drummer Joe Farnsworth and bassist John Webber. Frank Alkyer writing in Downbeat says, “Eric Alexander can play the tenor saxophone—never doubt that. He has the chops, power and passion that make him one of the most blazingly bad-assed saxophonists of his generation.”

Drummer Rodney Green leads a classic quartet featuring Tim Green, Victor Gould, and David Wong. Green has worked with an incredible list of artists since he was “discovered” by Bobby Watson. He joined Diana Krall’s Trio at 19 and he hasn’t stopped since. He’s an important fixture on the the New York jazz scene who has worked with an endless list of jazz masters including Charlie Haden, Wynton Marsalis, Joe Henderson, George Benson, Abbey Lincoln, and Betty Carter.

Acclaimed vocalist Karrin Allyson makes her debut appearance at Smoke during this special weekend engagement. Widely recognized as one of the most gifted jazz singers of her generation, Allyson is an expressive vocalist who is well-known for her lyrical balladry and adept skill at interpreting instrumental jazz songs with her lithe vocalese technique. She rose to prominence in the 1990s singing standards and bossa novas, but also contemporary covers of pop songs. Her band includes Miro Sprague, Marty Jaffe, and Mark Walker.

This special 4-night (Thu – Sun) weekend celebrates the birthday of Bebop innovator and saxophone master Charlie Parker. It features two of the pre-eminent alto saxophonists working today in Gary Bartz and Vincent Herring. Both of these giants are most definitely Bird accolytes, but each offers a slightly contrasting style; Bartz is a link to the more angular modernity of Coltrane and Dolphy while Herring favors the more populist approach of Cannonball or Stitt. In other words, there’s something for everyone. Don’t miss this summit meeting of two of the best with a great band that includes David Kikosi, Yasushi Nakamura, and Carl Allen