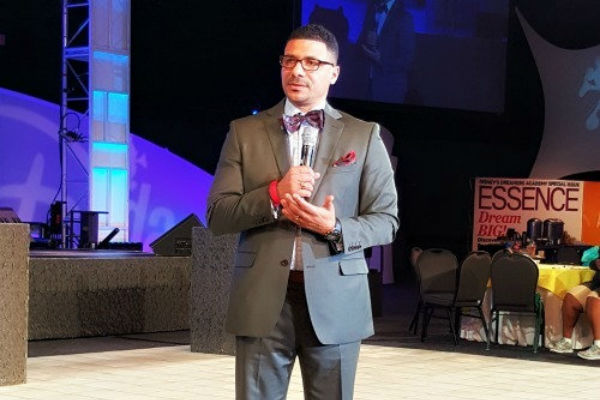 Brotha Diddy – The Bad Boy hip-hop tycoon continues to spread love and enlightenment as he opens his 3rd. Capital Preparatory School in the North East section of the Bronx, NY. Co-op City is the location of school number three.

Mr. Combs and partner Dr. Steve Perry continue to illuminate the minds of youth as P. Diddy provides critical startup funding to open the school with the resources needed to serve children of the Bronx and Dr. Perry assisted in launching the Bronx school as he has headed the Harlem and Connecticut institution due to his collaboration with Puffy and the two plan on opening more campuses around the globe in the near future.

Capital Prep has other locations one in Harlem,  and Connecticut opened its doors on August 31, 2020.

The school opened with “remote and live” instruction on September 8, 2020, as it began the school year and has a full plan to transition hybrid/in person as the year continues. The school will service close to 200 students in 6th-7th. Grade and is expected to grow to serve 650 students from 6th.-11th grades during an initial five -year term. Capital Prep has other locations one in Harlem,  and Connecticut opened its doors on August 31, 2020.

The Bronx location will continue the network’s efforts to provide historically educationally under-served children access to the same high quality, rigorous, and competitive curriculum seen in more affluent communities.  The goal is to prepare students for collegiate education.

Diddy turned his dream of opening schools around the country, into a reality after meeting Dr. Perry at close friend Kevin Liles engagement dinner. Dr. Perry recalls their conversations as Diddy continued to tell him his hopes and dreams of opening a school.

Perry congratulated Diddy on his vision and wished him luck- but Diddy was quick to state “No, we should open a school together.” Perry admits he was surprised to receive a returned phone call from Diddy after they discussed the need to have quality education in urban communities.

…Perry is not only a powerful educator but he is also a magnetic powerhouse with a reputation as a passionate, extremely caring educator, motivational speaker, mentor, television news correspondent, and vociferous advocate for at-risk youth and their families.

According to Dr. Perry “I have had many discussions on this topic, but not many second conversations or the finances to get the ball rolling, therefore,  I was hesitant when having this discussions-but Diddy was serious.”

The Harlem campus has classes year-round and works hard at offering mentoring opportunities for the community. Perry takes pride in not calling the educators teachers, they are titled as “Illuminators” because they light the path for their students.

Dr. Perry states “We couldn’t be more excited to open our next school together in Co-Op City, a community rooted in social justice and diversity.”  Perry also noted,  “While opening up remote at first is bittersweet, we have developed a bet in call approach to online learning and we are excited to implement with our new families.

The Capital Prep college prep model is perfectly poised to transition into the digital space and we are excited to deliver a rigorous education to this inaugural class of scholar.”

According to founding  school principal  and Bronx native, Isaiah Brown, “we will run our distance learning as a replica of our in-school experience.” Brown states “scholars will have live instruction from 8 am to 3:15 pm., across care subjects plus advisory d days a week.  On Fridays, they will participate in a virtual All-School Assembly and access office hours for additional support.”

He continues, “Social Justice, the bedrock of our model, is woven throughout the curriculum teaching our scholars critical life skills and strategies to become agents of change. And, last but not least-after school, we have enlisted amazing community partners to facilitate further activities the children can engage in.” 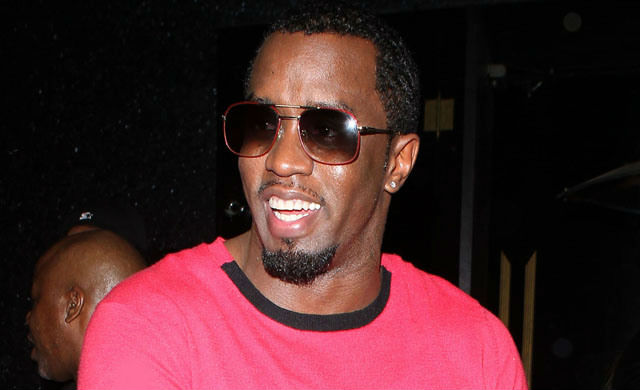 P. Diddy, who is a Harlem native and longtime advocate of education built his empire from being a New York  rap promoter, hip hop executive, and fashion mogul  to being is on the Forbes list as one on raps richest businessmen and it has recently been reported, Diddy will soon be labeled a “billionaire.”

This businessman mogul worked closely with Dr. Perry on the launch of the Harlem location and the expansion of the new Bronx campus and he credits the support of an amazing team of educators, parents, and business leaders for making his continued dream a reality.

“We all we got, it’s up to us to take care of each other. It’s a blessing to be in a position to help provide quality education”- P. Diddy

Diddy is certainly putting his money where his mouth is and he’s not busy talking about it, he’s being about it. And according to Mr. Love, we are each other’s keeper and he just keeps on giving. He Can’t Stop; Won’t Stop!

The Capital Prep plan of action has a proven path to success. In 2017 Capital Prep Harbor located in Bridgeport Connecticut had the highest percentage of students to meet the states measured “Growth Goal”

To provide historically disadvantaged students with the college and career readiness skills needed to become responsible and engaged citizens for social justice. Capital Preparatory Schools continues to follow the model of Capital Prep Magnet Schools which were founded by Dr. Steve Perry in 2005, located in Hartford Connecticut.

Their unique approach to educating the whole child has delivered incredible results, with 100% of its high school graduated being accepted to four-year colleges every year since its first class of graduates in 2006. In addition, 81% of these students remained in college.

Their unique approach to educating the whole child has delivered incredible results, with 100% of its high school graduated being accepted to four-year colleges every year since its first class of graduates in 2006. In addition, 81% of these students remained in college.

Stephanie Woods-McKinney, music, and event writer for Harlem World Magazine and other publications throughout the tri-state area. Find out more articles by Ms. Woods here.