The Patterson: Another Bronx Tale Benefit Screening At Schomburg Center For Research In Black Culture In Harlem 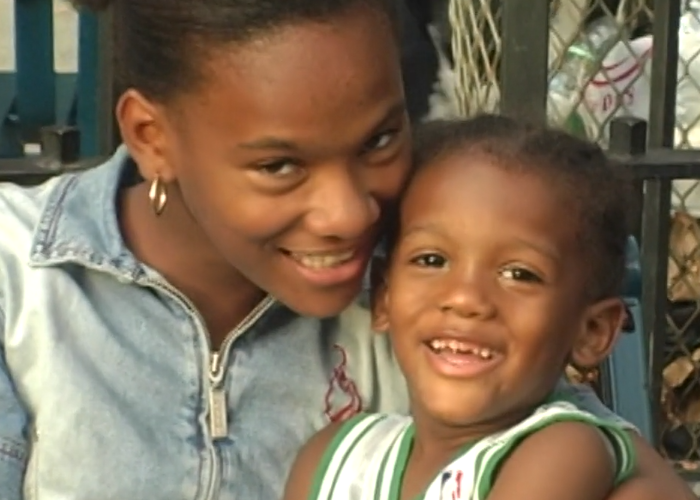 The Harlem Film Company (HFC) in association with Imagenation, presents a theatrical red carpet premiere of The Patterson: Another Bronx Tale, benefits screening.

The benefit screening is on Tuesday, May 17th, 2022, at Schomburg Center for Research in Black Culture in Harlem.

Bahati Adrian Best directed a groundbreaking documentary about the NYCHA project, the Patterson; that tells a similar story of all the 341 projects, from Harlem to Hollis, Queens.

HFC’s Mission is to develop, acquire, produce, market, and distribute Black and Latinx independent films for the global market.

Cheryl Hill has more than 20 years of experience in the film and television industry in New York and Los Angeles.

Some of Cheryl’s experience include Creative Development Executive at the Sundance Institute and Creative Executive/Director of Development at The Walt Disney Studios, Hollywood Pictures Division.

He is an alumnus of the Sundance Directing Lab and the Third World Newsreel Film and Video Workshop.

Some of Jamal’s credits include writing and directing for Starz, HBO, Fox TV, New Line Cinema, Warner Bros., and A&E.

Theatrical red carpet premiere of The Patterson: Another Bronx Tale, this documentary film explores the history of the Patterson, an NYCHA Housing project, as told by the people who lived there for seven decades.

The Patterson also highlights gun-violence reform efforts by the residents.

The film features Hall of Fame NBA star Tiny Archibald, one of the 50 best players in the NBA.

This event will feature a talkback and VIP reception. 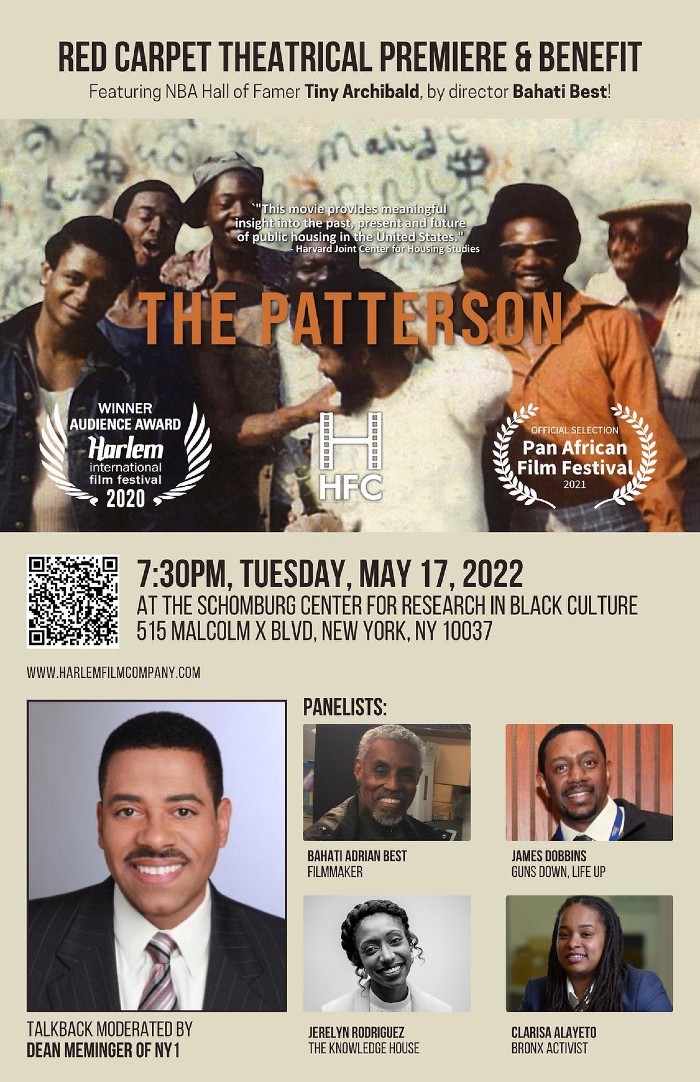 The panel will be moderated by Dean Meminger of NY1. The event is produced by Moikgantsi Kgama, founder of ImageNation Film Festival, Inc.

A portion of proceeds from this red carpet affair will benefit Guns Down, Life Up, The Knowledge House, and a scholarship for youth in The Patterson housing complex.

Guns Down, Life Up (GDLU) is an initiative that brings together public health experts and community leaders around New York City to stop the cycle of gun violence.

Using a community-centered public health approach, GDLU engages partners across all boroughs and mentorship, to prevent and interrupt violence and empower youth to fulfill their potential by leading safer, healthier lives.

The Knowledge House, located in the South Bronx, empowers and sustains a talent pipeline of technologists, entrepreneurs, and digital leaders, who will uplift their communities out of poverty.

This social change organization educates young people and empowers them with the technology and workplace skills needed to launch successful careers in the technology industry.

The Patterson College Scholarship Fund provides a scholarship to a young college student from the Patterson housing development each year.

The Patterson (Official Trailer) from Harlem Film Company on Vimeo.