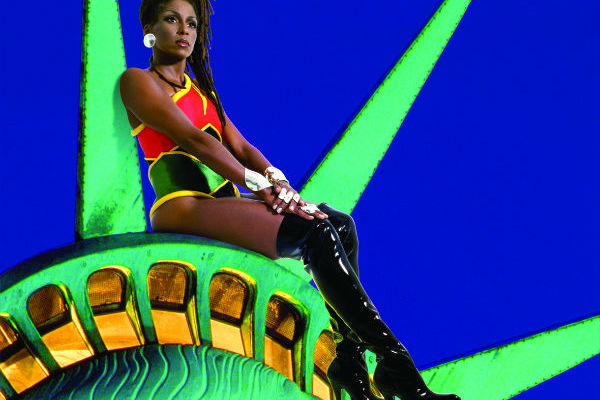 The event is a two-part, multidisciplinary initiative marking the centennial of the ratification of the 19th Amendment.

Together, this cohort of institutions—which includes the Apollo Theater; The Juilliard School; La MaMa Experimental Theatre Company; The Laundromat Project; The Metropolitan Museum of Art; Museum of the Moving Image; National Sawdust; New York University (Department of Photography and Imaging, Tisch School of the Arts; Office of Global Inclusion, Diversity and Strategic Innovation; and Institute of African American Affairs & Center for Black Visual Culture); and Urban Bush Women—is commissioning one hundred artists who self-identify as women to respond to this significant anniversary.

100 Years | 100 Women will launch on February 15, 2020 as part of the Armory’s annual “Culture in a Changing America” symposium—a day-long event hosted throughout the institution’s historic period rooms, featuring conversations, performances, and salons led by artists, activists, scholars, and civic and cultural leaders. At the end of the symposium, which focuses this year on the complex topic of suffrage, the partner organizations will announce the names of the commissioned artists. The culminating event—a large gathering, showcase, and celebration of the commissions—will take place on May 16, 2020 in the Armory’s Wade Thompson Drill Hall and historic rooms.

“Bringing together some of our city’s most vibrant cultural organizations for this exciting initiative amplifies the Armory’s history of commissioning artists and convening creatives and thought leaders to engage around topical and challenging issues. Through the Interrogations of Form series and other institutional programs like 100 Years | 100 Women, the Armory continues to shine a light on a diversity of narratives and to provide a space for artists and thinkers to explore pressing issues shaping our society,” said Rebecca Robertson, Founding President and Executive Producer of Park Avenue Armory. “As we look back upon this critical moment in our nation’s history, supporting the creation of new work by some of the most innovative women artists working today allows us to creatively explore where we’ve been, how far we’ve come, and the work that remains to be done.”

“We are honored to work with the Park Avenue Armory to present these events which stand at the nexus of gender, identity, and representation as it helps us continue a conversation our founder, Dr. Barbara Ann Teer, and her contemporaries were part of more than fifty years ago,” said Sade Lythcott, CEO of National Black Theatre.

Part I of 100 Years | 100 Women will conclude with the announcement of the one hundred commissioned artists, whose work will be presented at Part II, a day-long celebration in May. The commissioned projects—spanning visual arts, music, dance, film, photography, and performance—will be showcased in the Armory’s Wade Thompson Drill Hall and historic rooms. More details on Part II will be announced at a later date. 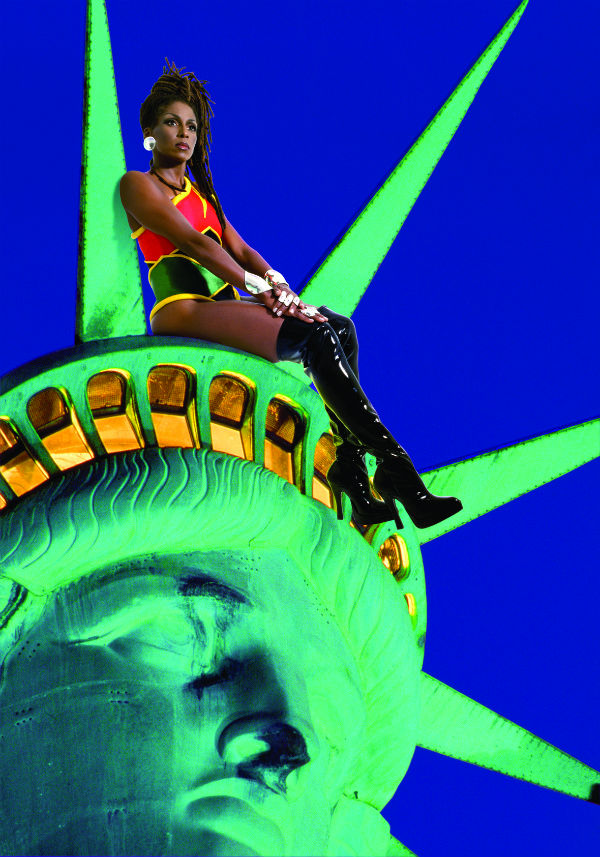 100 Years | 100 Women is part of the Armory’s Interrogations of Form conversation series, which unites artists, thought leaders, and social trailblazers for creative, multidimensional explorations of today’s social and cultural landscape. Other recent Armory-hosted convenings have included Theaster Gates’ “Black Artists Retreat 2019: Sonic Imagination”, which brought together over 300 black artists and allies for a weekend of conversations, performances, and reflections; a Lenape Pow Wow in 2018, the first gathering of Lenape leaders on Manhattan Island since the 1700s; and 2017’s “The Shape of Things,” a day-long creative reflection on the political and social climate in America, curated by former Armory Artist-in-Residence Carrie Mae Weems.

Tickets for the February symposium can be purchased at www.armoryonpark.com; tickets for the May celebration will go on sale at a later date.

Part palace, part industrial shed, Park Avenue Armory fills a critical void in the cultural ecology of New York by enabling artists to create, students to explore, and audiences to experience, unconventional work that cannot be mounted in traditional performance halls and museums. With its soaring 55,000-square-foot Wade Thompson Drill Hall—reminiscent of 19th-century European train stations—and an array of exuberant period rooms, the Armory offers a platform for creativity across all art forms. Together, these and other spaces within the historic building utilized for arts programming comprise the Thompson Arts Center, named in recognition of the Thompson family’s ongoing support of the institution.

Since its first production in September 2007, the Armory has organized and commissioned immersive performances, installations, and cross-disciplinary collaborations in its vast Drill Hall that defy traditional categorization and challenge artists to push the boundaries of their practice. In its historic period rooms, the Armory presents small-scale performances and programs, including its acclaimed Recital Series, which showcases musical talent from across the globe within the intimate salon setting of the Board of Officers Room; and the new Artists Studio series in the newly restored Veterans Room, which features innovative artists and artistic pairings that harken back to the imaginative collaboration and improvisation of the original group of designers who conceived the space. The Armory also supports artists across genres in the creation and development of new work through its Artist-in-Residence program, which each year offers several artists space and resources to produce new works and present them as part of the Armory’s programming. Theaster Gates is a current Armory Artist-in-Residence. Other current Artists-in-Residence include: Mimi Lien, Reggie “Regg Roc” Gray and the D.R.E.A.M. Ring, Sara Serpa, Christine Jones, Steven Hoggett, Lynn Nottage, Branden Jacobs-Jenkins, and Carmelita Tropicana.

The Armory also offers robust arts education programs at no cost to underserved New York City public school students, engaging them with the institution’s artistic programming and the building’s history and architecture. These programs, which serve more than 5,000 students per year, include student-only performances and workshops for every production, commissioned works for family programming, school partnerships, and paid internships.

Concurrent with its artistic program, the Armory has undertaken an ongoing $215-million revitalization of its historic building, designed by architects Herzog & de Meuron.

Founded by visionary Dr. Barbara Ann Teer in 1968, National Black Theatre (NBT) is a nationally recognized cultural and educational institution. Dr. Teer pioneered “the healing art of Black theater as an instrument for wholeness in urban communities where entrepreneurial artists of African descent live and work.” In 1983, Dr. Teer expanded the vision of NBT by purchasing a 64,000-square-foot building on 125th Street and Fifth Avenue (renamed “National Black Theatre Way” by local law in 1994). This was the first revenue-generating Black arts complex in the country, an innovative arrangement through which for-profit businesses who shared NBT’s spiritual and aesthetic values rented retail space to subsidize the arts. Out of her vision, NBT houses the largest collection of Nigerian New Sacred Art in the Western hemisphere and is considered the authentic representation of a model whose time has come. NBT is supported by grants from the Ford Foundation, New York Community Trust, Time Warner Corporation. Howard Gilman Foundation, Jerome Foundation, Andrew Mellon Foundation, City Council of New York, City of New York Department of Cultural Affairs, Columbia Service Society and private donations.