Op-Ed: The Pandemic Has No Franklin Roosevelt 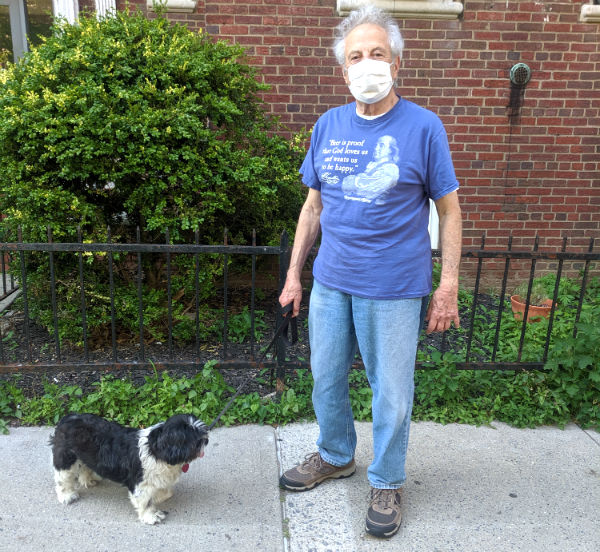 “What’s your sense of how long this will last, till I get a haircut and garden role,” a friend asked as our dogs played in rain.

A Central Park Conservancy volunteer, he’s anxious since I’m no prophet, despairing, no longer getting his grandson from school.

Switching subjects excites: ‘”Cuomo, not Biden, should run!” Trump will dump Pence for Haley, watch!” “Michelle with Klobuchar would win!” A local café with fresh breaded cutlets delivers, my friend, on fire, adds.

A ballpark usher for the Hudson Valley Renegades before he taught high school, this discourse delights him. Forward-thinking though old enough for nostalgia, articulate and well- informed, he’d match wits with Rachel Maddow on television. A green jersey spills over shoulders, snowy locks from a red and beige cap, vivid in color.

A pause, then “the pandemic will surely end by June,” he, wistful, concludes.

He speaks in a nation adrift.

Symbolism abounds. LL Cool J loves you, Norah O’Donnell’s here for me and we’re all in this together, CBS spots chant through prime time. Borough President Eric Adams’ “Brooklyn Strong” poster will if scotch-taped to living room windows “send a message,” his emails declare, but it’s small; only those with binoculars who look up would see it.

Prospect Park birdwatching would be more productive. Q104.3, the classic rock radio station, recycles “Someone Saved My Life Tonight,” “Let My Love Open the Door, “Under Pressure,” “Don’t Stand So Close to Me,” and “School’s Out for Summer.”

It’s all too much of nothing.

President Trump for months ignored crisis warnings. He blamed China, the World Health Organization and House Democrats for the virus amidst its killing spree. Claiming “total authority as President to do what I want,” he chides those who cite the Constitution’s passage on coequal branches. Self-serving briefings replace rallies on television.

Hydroxychloroquine has fatal effects, science shows; Trump says it blocks Covid-19 and takes it. He lies about deaths’ extent, praising ‘our low mortality rate, like Germany,” though our 234 per million dwarf the latter’s 90, the Associated Press confirms. “The pandemic’s been unfair to me,” Trump told aides and played golf, MSNBC said, with 100,000 our death toll.

Party leaders preoccupied with whether Senator Sanders’ backers will turn out in November must make that worthwhile.

The “greatest society in human history” in Senator Marco Rubio’s words, echoed by others, stumbles on.

FDR “insisted that when people could not help themselves, the government had to step in, not as a matter of charity, but as a matter of social duty,” Adam Cohen writes in TIME, describing the Depression era’s immense public works and welfare programs, anathema today.

“We still don’t have a consistent shelter-in-place policy nationally, there are too many exceptions allowed in different states, and we haven’t normalized things like wearing masks outside,” the Center for American Progress’ Dr. Zeke Emanuel warns a “Restarting America” forum. The nation needs “infrastructure for testing in real time,” he adds, with “real contract tracing that uses technology so you can do it very rapidly.”

Why are his not urgent tones?

Grassroots lead. An Illinois hospital fires the nurse who states its life-saving staff lacks masks and gowns; their strike succeeds. City Harvest brings food for scattered open soup kitchens. School staff teach remotely beside their own children. Low wage labor serves sheltered classes who wonder what day it is and when the pandemic will end.

“A lack of autonomy, and complexity, at work, can shape the personality of workers in a negative way,” the Harvard Business Review confirms, “for instance by lowering intellectual flexibility and personal initiative.” Professor Martin Obschonka, Director of Australia’s Center for Entrepreneurial Research, cites “psychological and sociological studies, adding that “Adam Smith had even argued in 1776 that the division of labor, resulting in highly specialized and repetitive work tasks, comes with detrimental psychosocial effects for the
workers.”

Our omnipresent electronics add malaise. Multitasking, we do more less well, research says. An addictive adrenalin rush accrues as we move among desktop, laptop, tablet and cellphone screens with shallow precision. We crave answers for uncertainties like my neighbor’s question. 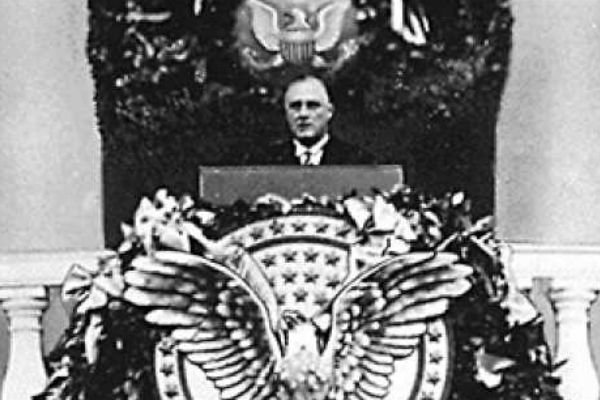 Franklin Roosevelt’s First Inaugural, on March 4, 1933 warned at the Depression’s height with unemployment, bank closures and panic that “the only thing we have to fear is fear itself.” That pithy quote plays well alone, better with this:

“I am certain that my fellow Americans expect that on my induction into the Presidency I will Address them with a candor and a decision which the present situation of our nation impels,” he “This is preeminently the time to speak the truth, frankly and boldly. Nor need we shrink from honestly facing conditions in our country today. The nation needs action and needs action now,”

President Hoover before him bowed to charity but Roosevelt, in charge, moved fifteen laws through Congress, to furnish, in the World Book Encyclopedia’s words, “relief for those in need, recovery for business and agriculture, and reform of certain economic and political practices,” including, said Roosevelt, “strict supervision of banks and utilities.”

We have Trump and Biden but need FDR. Public figures tweeting less and reading more would learn from his example.

“We are in a world in which global challenges are more and more integrated, and the responses are more and more fragmented, and if this is not reversed, it’s a recipe for disaster,” Antonio Guterrez, Secretary-General of the United Nations, told the World Economic Forum.

We laud Governor Cuomo for what we should expect of elected officials.

With 146,000 Covid-19 tests done daily in the United States according to the Centers for Disease Control, we might like my friend think we “can hang in till June,” till the Times writes “the nation can’t reopen before it triples its testing capacity.”

There’s no quick fix for what ails us.