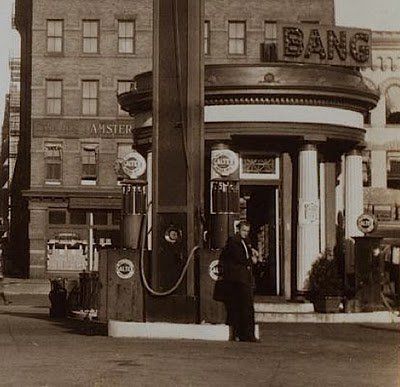 A beautiful black and white photograph (looking south) of the old Bang Gasoline Station between 123rd and 124th Streets and Morningside Avenue in Harlem, New York, we think the photograph was taken sometime around the 1940s.

If anyone has more information regarding the old Bang Gasoline Station please leave a comment below.