The Number Of Measles Cases Grows In NYC 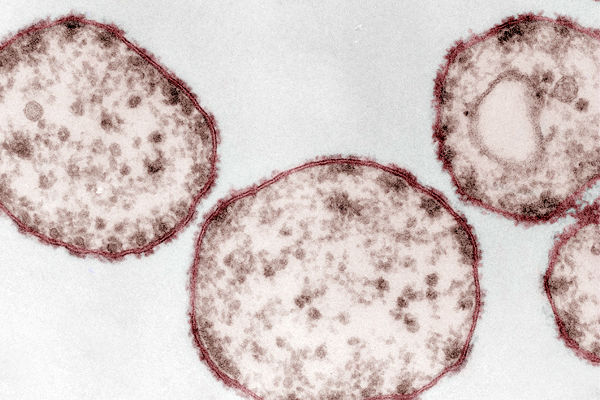 The Health Department announced today that the number of measles cases has grown to 390, including two pregnant women diagnosed with the infection, one diagnosed in mid-April. Of the 390 cases, 323 (83%) have occurred in Williamsburg (ZIP codes 11205, 11206, 11211, 11249), which has been under an Emergency Order to get vaccinated with the Measles-Mumps-Rubella vaccine (MMR) since April 12. A small number of cases have occurred outside of these neighborhoods but have, to date, not resulted in sustained transmission of measles. Twelve individuals have received summonses for being non-compliant with the Emergency Order since the City began issuing summonses last week. Any person receiving the summons is entitled to a hearing, and if the hearing officer upholds the summons, a $1,000 penalty will be imposed. Failing to appear at the hearing or respond to the summons will result in a $2,000 fine.

Health Commissioner Dr. Oxiris Barbot said, “We have now identified two expectant mothers who have contracted measles. These cases are stark reminders of why New Yorkers must get vaccinated against the measles as soon as possible. When we do not get vaccinated, we put our friends, our relatives, our neighbors, our classmates and other fellow New Yorkers at risk. We urgently repeat our plea to every New Yorker, especially those in the affected areas – unless you have a medical condition that prohibits you from doing so, please get vaccinated.”

“Currently, the outbreak remains intensely focused in Williamsburg where vaccination rates must continue to improve. While we’ve seen a few cases in people out of the Orthodox Jewish community, all but one of these individuals were exposed in Williamsburg and Borough Park and none of these have resulted in sustained transmission, mainly due to the power of herd immunity afforded by the high vaccination rates outside of the Williamsburg epicenter of this outbreak,” said Deputy Commissioner Dr. Demetre Daskalakis. “There’s no reason why a healthy child or adult should not be vaccinated against measles. We need to make sure that everyone who can get vaccinated, who doesn’t know their immunity status or vaccination history, gets the vaccine to protect themselves and those around them that can’t.”

The Health Department encourages all New Yorkers to make sure they are up to date with all age-appropriate vaccinations, including the MMR vaccine.

Updated guidance for adults who have not completed a two-dose series of a measles-containing vaccine, do not have immunization records or are not immune, if they reside or regularly spend time in Williamsburg or Borough Park or other areas with measles activity including New York State and international travel.

Administration of the second dose of MMR vaccine for children 1-4 years old who have already gotten their first scheduled dose of MMR and who reside or regularly spend time in neighborhoods and areas with measles activity.

Eight individuals, including the initial case, acquired measles while traveling abroad to Israel (5), the United Kingdom (2) and Ukraine (1), areas with active outbreaks, highlighting the need for MMR vaccination for individuals traveling overseas. A small number of cases have occurred outside of the Williamsburg and Borough Park neighborhoods at the core of the current outbreak. These cases have been diagnosed in residents of Midwood/Marine Park (4), Brighton Beach (2), Flushing (2), Crown Heights (1), Bensonhurst (1), Far Rockaway (1) and the Hunts Point, Longwood and Melrose section of The Bronx (1). Seven individuals who do not identify as members of the Orthodox Jewish community have been diagnosed with measles since the outbreak began in October. Of individuals who acquired measles in NYC, only one person diagnosed with measles during this outbreak, who lives in the Hunts Point, Longwood and Melrose section of The Bronx, does not report an exposure associated with the Orthodox Jewish community of Williamsburg, Borough Park, or other area with measles activity.

To stop the spread of measles in New York City, the Health Department on April 9 ordered adults and children ages 6 months and older who live, work or go to school in ZIP codes 11205, 11206, 11211 and 11249 receive a measles, mumps and rubella (MMR) vaccine within 48 hours. If non-compliant, the Health Department announced it would issue a civil summons to those in the affected ZIP codes who had not been vaccinated as of April 12.

Since the outbreak began in October, the Health Department has published ads and distributed educational materials specific to the Orthodox community in English and in Yiddish. The Department has met with rabbinical and community leaders, health care providers, and local elected officials to highlight the importance of getting vaccinated and the dangers of measles. The Health Department continues to perform extensive outreach in the community with a sixth round of robocalls that go out to about 30,000 households.

Please check back for updates.