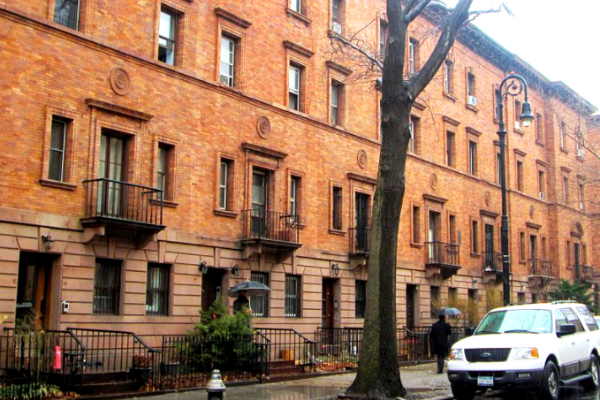 The St. Nicholas Historic District, known as “Striver’s Row”, is a historic district located on both sides of West 138th and West 139th Streets between Adam Clayton Powell Jr. Boulevard in Harlem, NY.

It is both a national and a New York City district and consists of row houses and associated buildings designed by three architectural firms and built-in 1891–93 by developer David H. King, Jr.

These are collectively recognized as gems of New York City architecture, and “an outstanding example of late 19th-century urban design”:

There are three sets of buildings:

The district was designated by the New York City Landmarks Preservation Commission in 1967 and was listed on the National Register of Historic Places in 1975.

The district’s name reflects the nearby St. Nicholas Park. 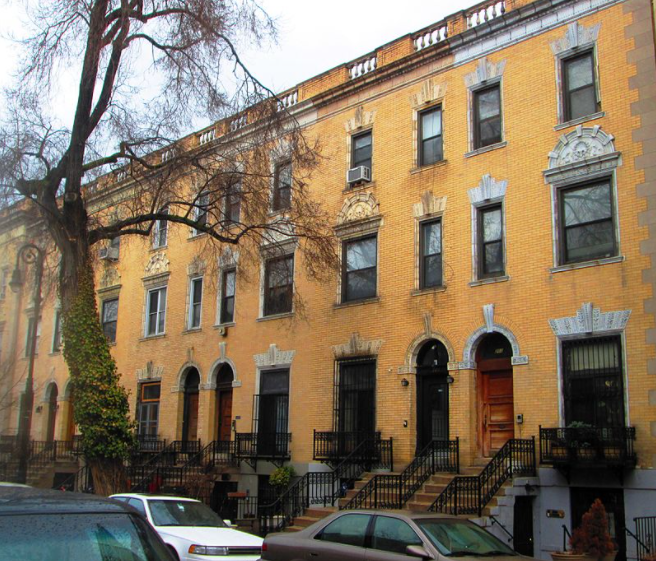 David H. King, Jr., the developer of what came to be called “Striver’s Row”, had previously been responsible for building the 1870 Equitable Building, the 1889 New York Times Building, the version of Madison Square Garden designed by Stanford White, and the Statue of Liberty’s base.

The townhouses in his new project, which were originally called the “King Model Houses”, were intended for upper-middle-class whites, and featured modern amenities, dark woodwork, and views of City College.

King’s idea was that the project would be “on such a large scale and with such ample resources as to ‘Create a Neighborhood’ independent of surrounding influences.”

The houses sit back-to-back, which allowed King to specify that they would share rear courtyards.

The alleyways between them – a rarity in Manhattan – are gated off; some entrance gates still have signs that read “Walk Your Horses”. 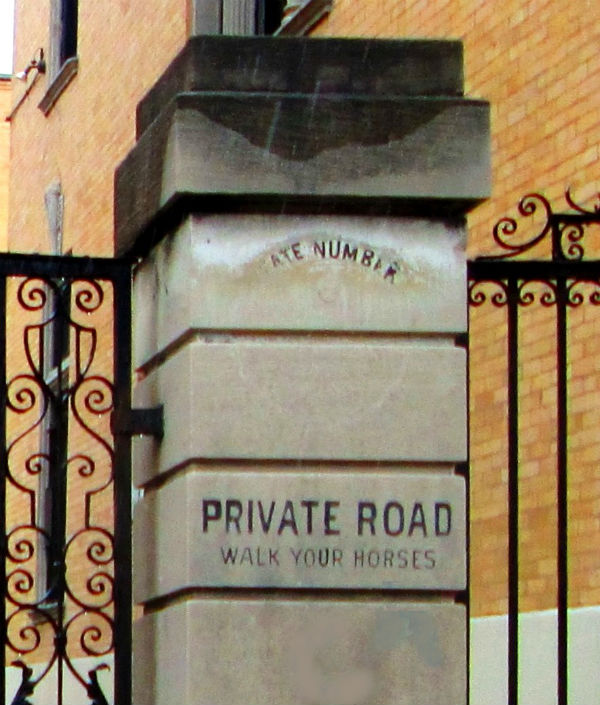 At one time, these alleys allowed discreet stabling of horses and delivery of supplies without disrupting activities in the main houses.

Today, the back areas are used almost exclusively for parking.

King sold very few houses and the development failed, with Equitable Life Assurance Society, which had financed the project, foreclosing on almost all the units in 1895, during an economic depression.

By this time, Harlem was being abandoned by white New Yorkers, yet the company would not sell the King houses to blacks, and so they sat empty until 1919–20 when they were finally made available to African Americans for $8,000 each.

Some of the units were turned into rooming houses, but generally, they attracted both leaders of the black community and upwardly-mobile professionals, or “strivers”, who gave the district its colloquial name.

Between Seventh and Eighth Avenues, is 139th Street, known among Harlemites as ‘strivers’ row.’ It is the most aristocratic street in Harlem.

Stanford White designed the houses for a wealthy white clientele. Moneyed African-Americans now own and inhabit them.

When one lives on ‘strivers’ row’ one has supposedly arrived.

Harry Rills resides there, as do a number of the leading Babbitts and professional folk of Harlem.

By the 1940s, many of the houses had decayed and were converted to single room occupancies (SROs).

Much of the original decorative detail inside the houses was lost at this time, though the exteriors generally remained unaltered.

With the post-1995 real-estate boom in Harlem, many of these buildings are being restored to something resembling their original condition.