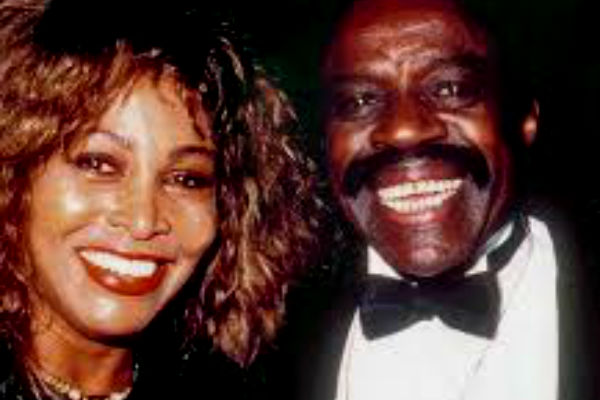 He co-founded Sue Records which launched the career of Ike & Tina Turner. Subsidiary labels under the Sue were Symbol, Broadway, Eastern, and Crackerjack.

Murray was born in Charleston, South Carolina, and raised in Hell’s Kitchen in Manhattan. His nickname, “Juggy”, derived from his near-blind grandfather, who would ask Murray to bring his favorite jug and fill it up with liquor.

Murray worked in real estate in Harlem before he and producer Bobby Robinson co-founded Sue Records in 1957.

Murray worked in real estate in Harlem before he and producer Bobby Robinson co-founded Sue Records in 1957.

Initially, they intended to sell R&B music to the African-Americans in New York, but in 1958 with “Itchy Twitchy Feeling” by Bobby Hendricks was a Top 40 hit on the Billboard Hot 100.

In 1960, Murray signed Ike & Tina Turner to Sue Records. He offered a $25,000 advance for a four-year contract after hearing their demo.

Their success continued with a string of hits, including “I Idolize You,” “It’s Gonna Work Out Fine,” and “Poor Fool.” Murray even managed them for a period.

As the Sixties progressed, Sue’s sub-labels produced hits such as “Mockingbird” by brother-and-sister duo Inez & Charlie Foxx and “She Blew a Good Thing” by The Poets on Symbol Records.

In July 1965, Murray signed guitarist Jimi Hendrix to an exclusive two-year contract with Sue Records, but no recordings were released.

Sue was originally licensed by Decca Records and issued on London Records until 1964 after Murray reached an agreement with Chris Blackwell, founder of Island Records.

After a breach of contract involving Decca issuing recordings that weren’t affiliated with Sue, Murray terminated their agreement and returned to Decca in 1966.

After failing to pay off the debt, United Artists assumed ownership of Sue Records masters and Saturn Music publishing.

He also lost the “Sue building” which consisted of offices and Juggy Sound Studio in Manhattan.

Murray moved to California and recorded a few singles. In the 1970s, he launched Juggernaught and Jupiter Records.

He released his debut album Inside America on his Jupiter label in 1976, which was popular on the UK dancefloors. The title track made the Top Forty in Britain.

That album was followed by Rhythm and Blues in 1977. He continued to work into the new millennium, producing and promoting up and coming artists.

Speaking of Baby Washington, Murray once said, “I would rather record her than eat.”

Though Murray was 81 and suffering from Parkinson’s disease, he and Baby Washington had been working on recording comeback material.