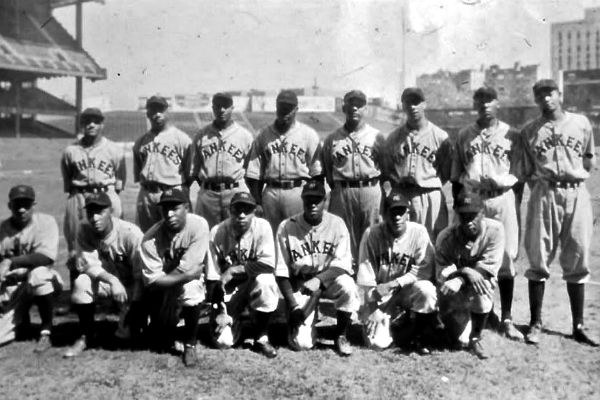 The New York Black Yankees were a professional Negro league baseball team based in New York City, Paterson, NJ, and Rochester, NY that played from 1936 to 1948.

The team was founded in Harlem as the Harlem Black Bombers in 1931 by financier James “Soldier Boy” Semler and dancer Bill “Bojangles” Robinson. By 1932 the team was named the Harlem Stars and by 1933 became the New York Black Yankees.

They had players like Henry Kimbro and the team’s left fielder Fats Jenkins was chosen by fans to play in the East team for the first East-West All-Star Game in 1933. A succession of other players was sent to the big game in 1937–1942, 1947, and 1948.

The team’s schedule could be punishing. In the 1930s they played two doubleheaders 350 miles apart on successive days. They left Pittsburgh after the first two games at about 10:00 PM to cross the Allegheny Mountains for South Orange, New Jersey.

One of the two cars broke down so nine of the 16 players crowded into the other car to ensure that play would start on time.

They arrived just twenty minutes behind the scheduled start time. They were given five minutes to warm up. The other seven players arrived a few minutes later so they were able to lunch and sleep before taking two of their exhausted teammates to play the second game. Despite their fatigue, the team won both games.

The rain ended the game after 7 1/2 innings but not before Crawfords’ star Gibson and Yankee Bob Clark had both hit powerful home runs, Gibson’s contributing to his League championship home run record for that year.

On July 13, 1935, Elmer McDuffy pitched an 8-0 no-hitter at Hinchliffe Stadium against the House of David. According to the Paterson Evening News, it was “the first time such a feat had ever been turned in by the Negro club in this territory.” 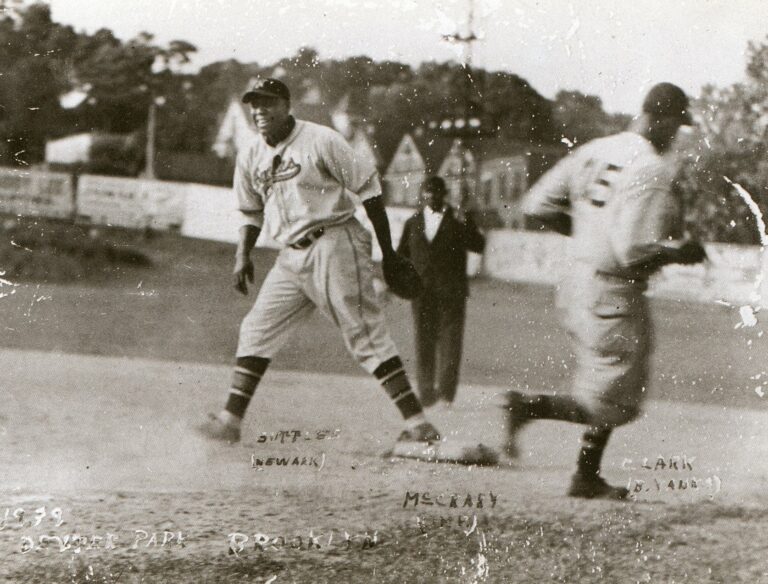 After an opening day doubleheader sweep of the Newark Eagles on May 25, 1948, the team did not fare well and finished the last Negro National League season with a record of 8-32.