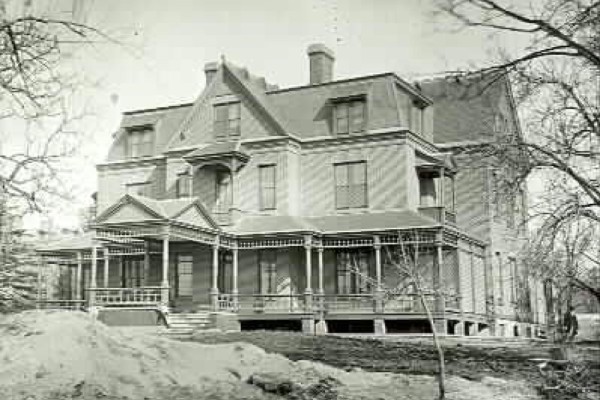 The Macy Villa was a survivor of the former Bloomingdale Insane Asylum facility built in Harlem, 1885.

before Columbia University Campus was built at 119th Street in Morningside Heights in Harlem, NY.

Former Columbia University campus locations were in the Wall Street and Rockefeller Center areas of Manhattan.

A gabled, brick building with white trim, which was designed by Ralph Townsend.

Columbia University has used the Macy Villa in various capacities with the names of Buell Hall, and Maison Francaise.

Trustee and donor, William H. Macy, funded it for use by wealthy male patients.

William H. Macy was a cousin to R. H. (Rowland Howland) Macy of department store fame and he made his fortune in oil and becoming part of Rockefeller’s Standard Oil.

Manhattan Unlocked writes that Macy Villa’s original location was on 116th Street.  It was moved back to build Kent Hall, its beautiful porches removed in the process.

The American artist Charles Deas was institutionalized at the asylum from 1848 until his death in 1867. 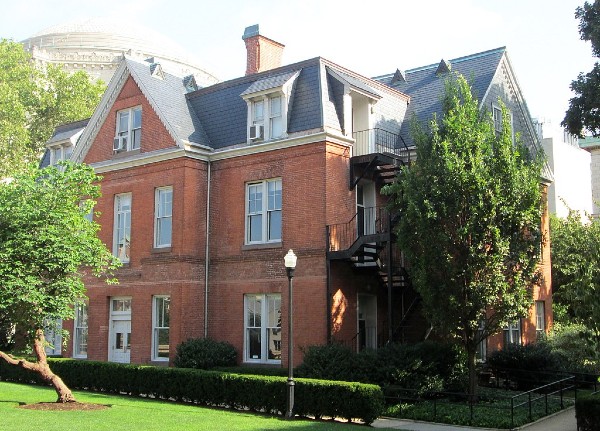 It is the oldest building on the Columbia University campus in Harlem at 116th Street and Broadway.