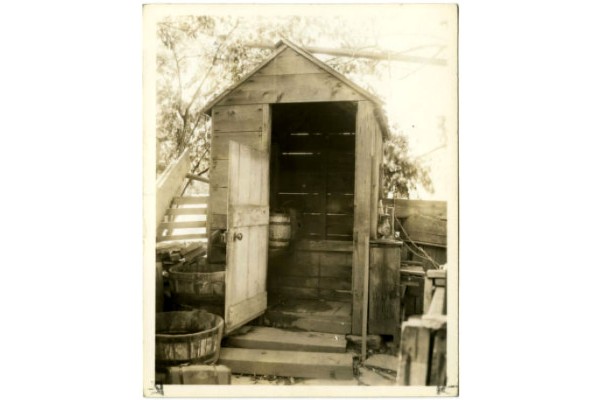 In his book Springs and Wells of Harlem, NY and the Bronx, by Stanley Greenberg with James Ruel Smith‘s documented water springs in the Broadway and 125th Street area in Harlem, NY.

“…was one stop that nearly every driver of the old Broadway stages and trolleys might be counted upon to make several times during the day…” (p. 59).

The source was a large spring. Harlem‘s Daniel Tiemann, 73rd Mayor of NYC, had built a color works/dye factory on the site in West Harlem in the mid-19th century, and the water from this spring was used in the factory. 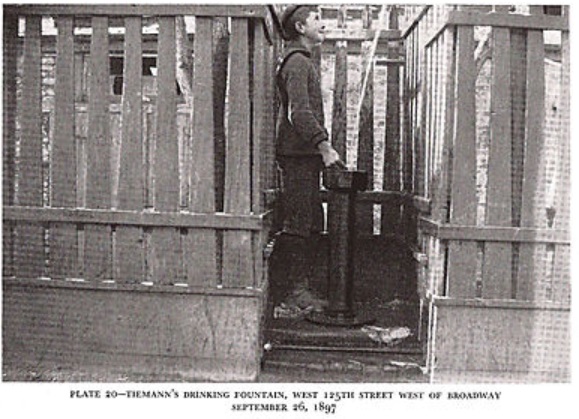 The nearby “Indian Spring” was noted for its quantity and purity of water, though it was not built into a drinking fountain but remained in a bed of rocks, covered with a wooden grating.

“…is used only for drinking purposes, and the requirements of the rough shanty accommodations for several truckman’s horses that are grouped about it a few yards to the south.”

Here are some original photographs and text added from the book: 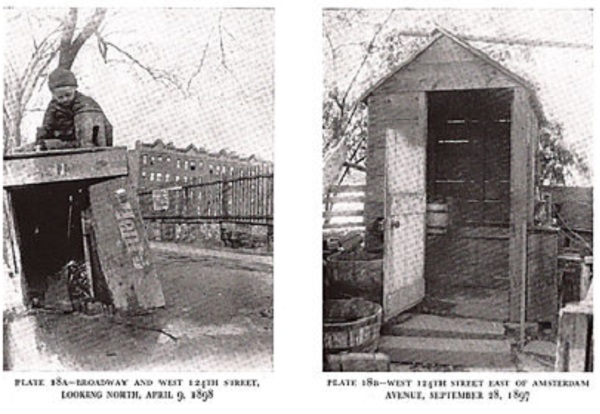 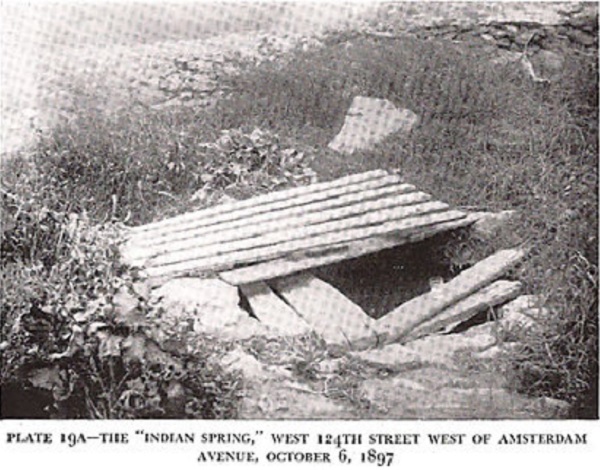 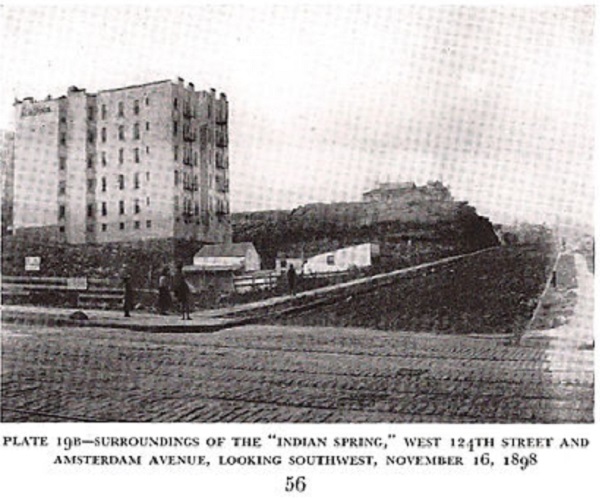 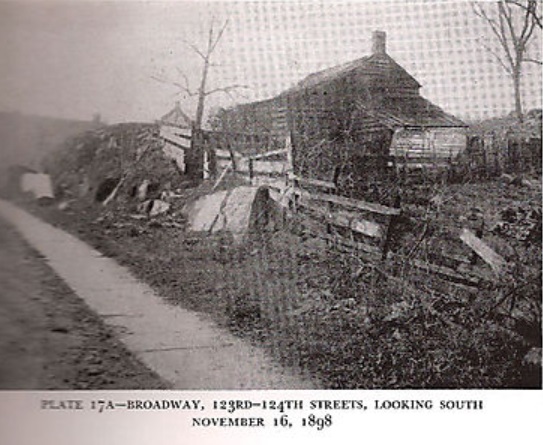 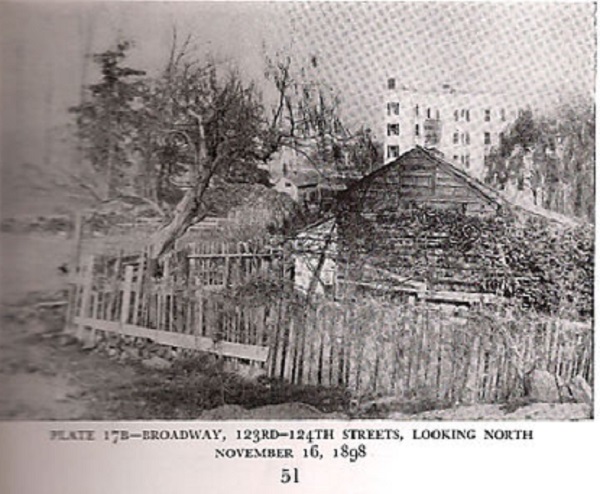 Below are images of the same area from Col. Egbert Ludovicus Viele‘s water map (Egbert L. Viele, Topographical Engineer, draw in Harlem around 1865 of the original boundaries and waterways of Manhattan). 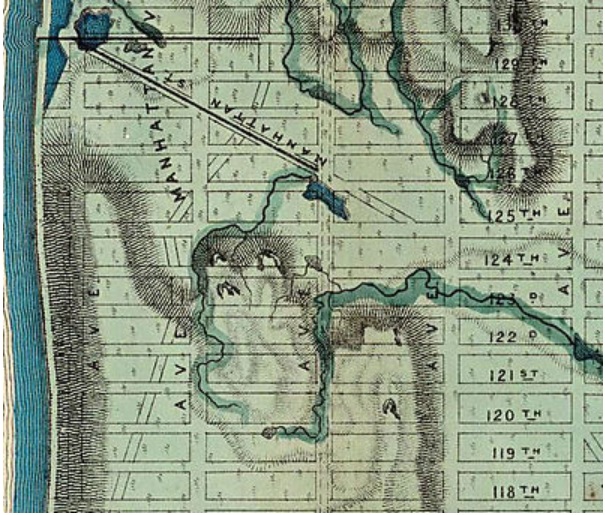 Though it’s hard to be sure which original watercourse from pre-urban times became a specific spring seen in the 19th or 20th century, we believe that the small pond outlined below, on 124th Street just west of Amsterdam Avenue in Harlem, is the site of Ruel Smith’s Indian Spring. 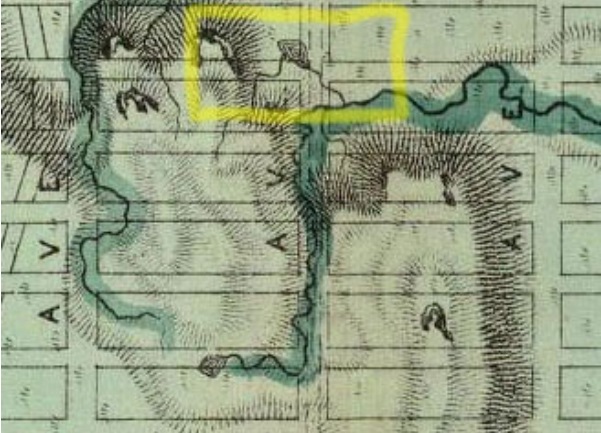 Prentis Hall, a Columbia University building on the south side of 125th Street just west of Broadway, has seen the modern incarnation of one of these springs flowing through its basement for many years. 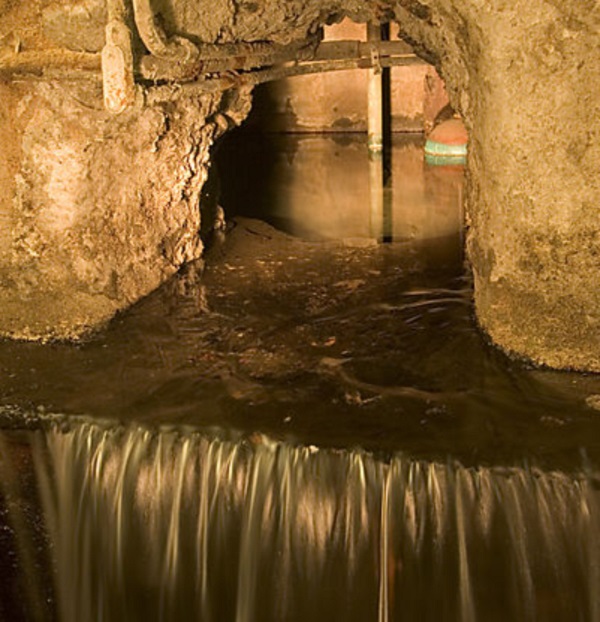 The story I’ve heard writes Watercourses, is that after the building was constructed, the basement kept flooding, until eventually a tunnel was dug in a basement wall and the water now flows into a channel in the basement and out through a pipe that connects it with a sewer along 125th Street.