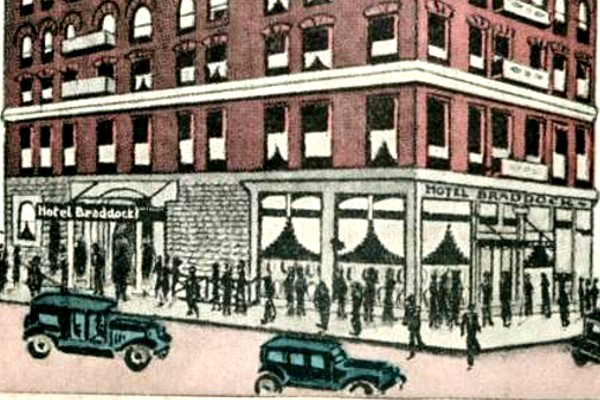 Braddock Hotel was a hotel at 2350 Frederick Douglass Avenue at the corner of 126th Street and 8th Avenue in Harlem, New York.

In an article from 2020, But rookie patrolman James Collins was posted at the Braddock Hotel, 126th St. and Eighth Ave., on a ‘hot sheets’ assignment.

Twenty soldiers and sailors were said to have been infected with the venereal disease during romps at the Braddock.

The military asked police for help since it was wartime and America needed to keep its enlistees able-bodied, head to toe.

So the young cop’s job was to shoo GIs away from the Braddock’s sexual bed bugs.

It became the flashpoint for the Harlem Riots of 1943.

lavocedi new york writes After clubbing downtown, the real fun was heading uptown Louis Armstrong, Josephine Baker or Billie Holiday performing at the elegant Waldorf-Astoria for a White-only crowd, revered until right after the curtain came down when they could neither dine nor sleep in the Waldorf or any other hotel.

The Braddock bar was incredibly popular and so close to the Apollo Theater that Billy Holiday could almost walk with her drink from the bar right onto its stage.

Instead, they had to head uptown to Harlem to the Braddock Hotel on 126th Street and 8th Avenue or go from “White” Waldorf-Astoria in midtown to the Black “Waldorf of Harlem”: the Hotel Theresa. 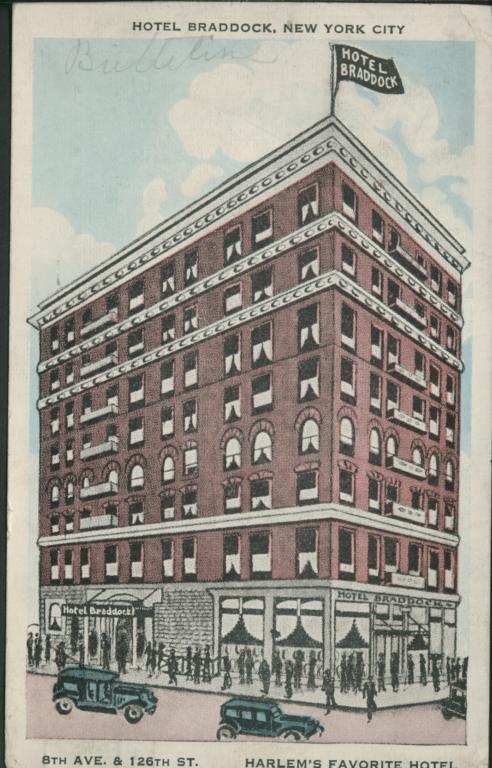 The Braddock bar was incredibly popular and so close to the Apollo Theater that Billy Holiday could almost walk with her drink from the bar right onto its stage.

Before he joined the Nation of Islam, Malcolm X (then known as Malcolm Little) often spent time at the hotel’s bar.

There was also a Braddock Hotel near the Southland ballroom in Warrenton Street, Boston.