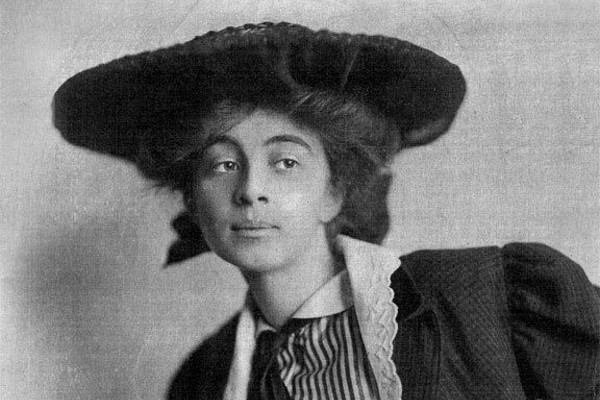 Fleischman was a member of the Lucy Stone League, a group that encouraged women to keep their names after marriage.

She was the first married woman to be issued a United States passport in her maiden name, Doris Fleischman, in 1925.

She was the first married woman to be issued a United States passport in her maiden name, Doris Fleischman, in 1925.

Doris Fleischman was born to a Jewish family in Harlem, New York, on July 18, 1891, the daughter of attorney Samuel Fleischman and Harriet Rosenthal Fleischman.

She was one of three children and was the niece of neurologist Sigmund Freud through her marriage to Edward L. Bernays.

Fleischman attended Hunter Normal School before graduating from Horace Mann School in 1909. She went on to study philosophy, psychology, and English at Barnard College and graduated with a bachelor’s degree in 1913.

While attending Barnard, Fleischman enjoyed painting and singing and earned varsity letters in a multitude of activities, including softball, basketball, and tennis. She also studied music and psychiatry and considered pursuing each as a career path.

In 1917, Fleischman marched in the first Women’s Peace Parade in Harlem, New York. At this time, she also became an active advocate in the Women’s Suffrage Movement.

In 1917, Fleischman marched in the first Women’s Peace Parade in Harlem, New York. At this time, she also became an active advocate in the Women’s Suffrage Movement.

In 1919, she was hired as a writer by childhood friend Edward L. Bernays. They married in 1922 at City Hall. Immediately after the wedding, she signed into the Waldorf-Astoria Hotel using her maiden name.

This was considered extremely unusual and the story made headlines the next morning.

She also traveled to Europe, and before doing so, had a passport issued to her under her maiden name. She was the first American woman to do so.

She also traveled to Europe, and before doing so, had a passport issued to her under her maiden name. She was the first American woman to do so.

Fleischman later became an active member in the Lucy Stone League, which empowered women and urged them to keep their maiden names after marriage. 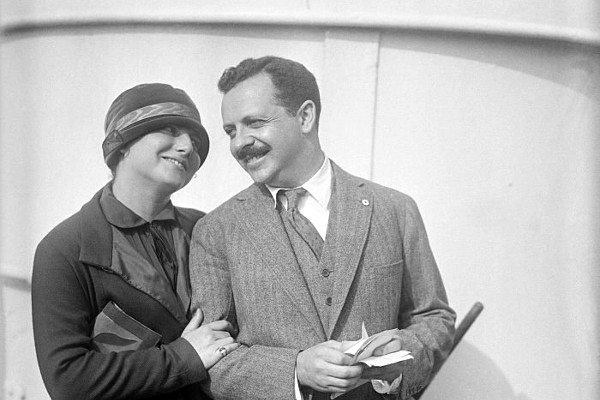 Fleischman and Bernays became parents to daughter Doris in 1929 and Anne in 1930.

In 1962, Bernays and Fleischman left their home 303 West 107th Street (near West End Avenue) in Harlem, New York to move to Cambridge, Massachusetts.

In 1962, Bernays and Fleischman left their home 303 West 107th Street (near West End Avenue) in Harlem, New York to move to Cambridge, Massachusetts.

Fleischman died of a stroke in Cambridge, Massachusetts, on July 10, 1980.

…she was the first woman to report on a boxing match.

After graduating from Barnard, Fleischman wrote for the women’s page at the New York Tribune in 1913 before being promoted to assistant Sunday editor, where she was the first woman to report on a boxing match.

During her time at the New York Tribune, she used her writing to empower women.

Some of the topics she addressed on the women’s page included cooking, fashion, women at home, women in the workplace, women at war, and efforts in the Feminist Movement and Women’s Suffrage Movement.

She left the New York Tribune in 1916. In 1919, she was the first hire by Edward L. Bernays as a staff writer in the firm known as Edward L. Bernays, Council on Public Relations. Some of her duties included drafting articles and news releases.

Fleischman and Bernays also worked together on campaigns to promote anything from oil sales to presidential candidates. After her marriage to Bernays in 1922, Fleischman became an equal partner within the firm.

In 1946, she became the vice president of the newly created Edward L. Bernays Foundation. Among her accomplishments were an internal client publication Contact (which explained the nature and value of public relations to clients) and securing press coverage for the NAACP convention in Atlanta.

This convention in particular was extremely important, as it was the first to ever be held below the Mason-Dixon line.

This convention in particular was extremely important, as it was the first to ever be held below the Mason-Dixon line.

At the conference, Fleischman experienced discrimination and threats of violence based on her gender but continued to work to have southern press agencies cover the conference, a difficult feat at the time.

She also proved herself by going on to work with important clients like Dwight D. Eisenhower, Sigmund Freud, Jane Addams, Irene Castle, Theodore Roosevelt, and Thomas A. Edison.

In 1927, Fleischman joined the Woman Pays Club. This club was created by a group of women in 1919 with the purpose of mocking a well-known men’s club in New York.

The members of the Woman Pays Club typically met biweekly and had guests come to speak about fighting prejudice against women.

Around this time, Fleischman took her passion for feminism and wrote about women’s issues for national publications and had numerous published articles in magazines like Ladies’ Home Journal and American Mercury.

In addition to articles and columns written for larger publications, she also worked on her own books and journals.

In 1928, she published “An Outline of Careers for Women: A Practical Guide to Achievement,” which detailed career options available for young women and encouraged them to pursue them.

She wrote a chapter for Fred J. Ringel’s book, America as Americans See It, and described women’s work both in and out of the domestic setting.

In 1939, she addressed the importance of women in domestic work at a conference on women’s work in the home.

Starting with her essay “Notes of a Retiring Feminist,” published in the American Mercury in 1949, she began to use her married name Doris Fleischman Bernays professionally.

In 1950, Fleischman was contacted by Ruth Hale, founder of the Lucy Stone League, to help revive her organization which had been inactive for almost two decades following its founding in 1921.

Upon the revival of the League, Fleischman served as its vice president and worked with other women who were pioneers in their fields such as Jane Grant, Doris Stevens, Anna M. Kross, and Fannie Hurst.

Together, they worked to conduct research about women’s pay and women’s position in the American economy.

In 1952, Fleischman was invited by the director of the Women’s Bureau of the U.S. Department of Labor to attend a conference on pay equity and women in the workplace. Later that year, she resigned from her position in the Lucy Stone League.

Around this time, Fleischman also began searching for publishers to print a book she had been working on for over three years which detailed the struggles women face in the domestic and professional settings.

After being rejected by multiple publishers over the course of two years, Flesichman finally had success with Crown Publishing Company.

In 1955, she published her memoir, A Wife Is Many Women, under her married name.

Fleischman moved to Cambridge, Massachusetts with her husband in 1962 so that he could finish writing his book and they could retire together.

However, these retirement plans did not last, and Fleischman and Bernays continued to work after they sold their New York office to establish a new public relations business in Cambridge.

In 1971, Fleischman joined Theta Sigma Phi, the Association for Women in Communications. As an older member, she was enthusiastic about helping students in the organizations, and she gave them advice and helped them land jobs in the field.

Theta Sigma Phi awarded her their highest honor, the National Headliner Award, in 1972.

Fleischman worked with her husband’s agency and Women In Communications, Inc. to develop two competitions that took place in 1974 and 1977.

These competitions consisted of submissions by organizations and individuals and sought out the best plans for solutions in pay equity and justice for women in the workplace and the home.

Winners received scholarship money to continue research in hopes of making these plans become reality. The Chicago Chapter of Public Relations Society of America recognized Fleischman’s work and presented her with a leadership award in 1976.

Towards the end of her career, Fleischman wrote many book reviews for the Worcester Sunday Telegram in Cambridge.

With the help of her husband, she also self-published 22 of her own poems in a book called Progression in 1977.