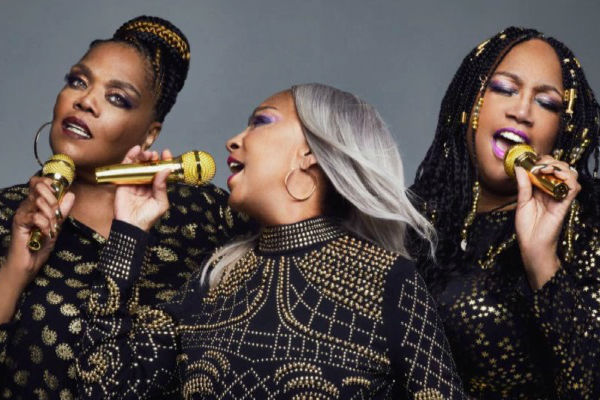 Hailing from Brooklyn, New York, Skyy was formed in 1973 by songwriter/guitarist Solomon Roberts, Jr. and producer/songwriter Randy Muller. The fabulous Dunning sisters—Denise, Delores, and Bonne— joined the group and solidified the band’s place as one of the premier dance and funk outfits of their day. Signed by Salsoul Records in the late 70s, Skyy became wildly popular in New York’s emerging disco scene with a series of early hits like “First Time Around

,” “High” and “Here’s to You.” The band then scored its biggest success with the crossover hit “Call Me” in 1981. With the death of disco and rise of hip-hop, Skyy took a tumble in the mid-80s and lost their record deal when Salsoul closed its doors in 1986. Years later, however, the group miraculously rebounded with two number one hits, “Start of a Romance” and “Real Love

.” Unfortunately, the band couldn’t keep up the newfound momentum and disbanded in 1992. The Dunning sisters got back together four years later, forming the Ladies of Skyy, and today continue to perform the band’s signature hits with the joy and exuberance that won them countless fans throughout their career.