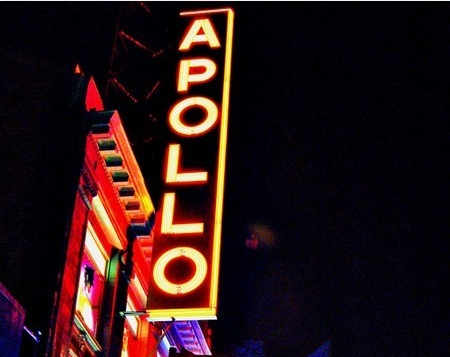 On December 9, 2018, the Apollo Theater will celebrate 30 years of the ground-breaking New Jack Swing sound and will welcome home Harlem natives Teddy Riley and Keith Sweat for The Kings and Queens of New Jack Swing. This special evening will mark their first time performing at the legendary Apollo in over 20 years. Riley and Sweat will be joined by pioneers of the sound, including, Guy, Blackstreet, Doug E. Fresh, Kool Moe Dee and more to be announced. More than a concert, The Kings and Queens of New Jack Swing underscores The Apollo’s commitment to celebrating the contributions of African American artists and the Theater’s role in the American and global musical landscape.

In the mid-90s, the New Jack Swing sound exploded beyond the streets of Harlem, NY on to the national and international music scene. Teddy Riley was soon incorporating his signature style into his work with mega stars such as Whitney Houston, Janet Jackson and Michael Jackson, helping the King of Pop to reinvent his sound – helming the production for Jackson’s classic album Dangerous. The New Jack Swing sound permeated music, infiltrating into other aspects of culture including film (New Jack City, House Party), television (In Living Color, Martin) and fashion (Cross Colors, Fubu).

“New Jack Swing laid the blueprint for the next generation of popular music and can be credited with being the genesis of the merge between hip-hop and R&B.” said Kamilah Forbes, Executive Producer, Apollo Theater. “A sound that began right here in Harlem eventually became a worldwide phenomenon. The Apollo Theater is proud to welcome back these iconic artists.”

Teddy Riley said, “this show is something that Keith and I have wanted to do for a long time.” After having performed all over the world many times over, there is nothing quite like home and it feels so good to come back to Harlem. I grew up three blocks from the Apollo and would always watch the artists come out the stage door from behind the fence at my school which is directly behind the Theater. Harlem is also where the New Jack Swing sound was created so this homecoming show means so much to me on so many levels.”

Keith Sweat added, “to have been part of the amazing legacy that is New Jack Swing from the very beginning and to see at how the music we created has impacted popular culture is incredible. What will make this concert at the Apollo even more special for me is to be able to perform with my brother, Teddy Riley, in the place where it all started. Harlem is home, home is always were the heart is and I am excited to return to the Apollo after such a long time to celebrate New Jack Swing.”

The Kings and Queens of New Jack Swing will take place on Sunday Dec. 9 at 6 p.m. and 9:30 p.m. Tickets start at $55 and are available at The Apollo Theater Box Office: 253 West 125th Street, and Ticketmaster at 1-800-745- 3000, www.ticketmaster.com. For more information, visit https://www.apollotheater.org/event/kings-and-queens-of-new-jack-swing/.