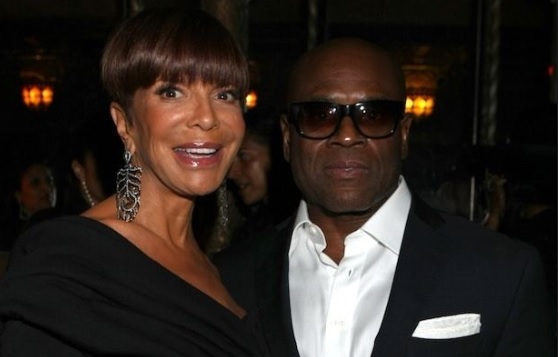 a music industry executive who served as president of Universal Motown Records until 2011.

In October 2004, Rhone was appointed president of Motown Records and executive vice president of Universal Records. Prior to her Universal Motown role, Rhone served as chairwoman and CEO of the Elektra Entertainment Group, transforming the boutique label into one of the most eclectic rosters in the music business. Rhone’s appointment in 1994 as chairwoman and CEO of EEG established her as the only African American and the first woman in the history of the recording industry to attain such a title.

As of 2012, Rhone is CEO of her self-founded label Vested in Culture which has a distribution deal with Epic Records, a label under Sony Music Entertainment.

Born in Philadelphia, Pennsylvania on March 11, 1952, and raised in Harlem, Rhone has cited her early exposure to seminal R&B shows at the Apollo Theatre

as pivotal to her belief in music as an inspirational force. She cited influences in R&B such as Aretha Franklin and Ella Fitzgerald

and Janis Joplin. Accepted at the Wharton School at the University of Pennsylvania, Rhone graduated with a B.S. in Economics. She got a job at Bankers Trust in New York City soon after graduating college, but she pursued her passion for music by landing a job as a secretary for Buddha Records in 1974. In a succession of promotions over the next six years, she also held positions at ABC Records and Ariola Records. Rhone was previously part of the Elektra family in 1980 as northeast regional promotion manager for special markets, and she was eventually promoted to director of national black music marketing for Atlantic Records.

Credited with helping to realign Atlantic’s black music business, Rhone took on broader responsibilities in A&R and marketing in 1986 with her promotion to senior vice president and general manager of Atlantic Records. At Atlantic, Rhone managed such artists as En Vogue, The System, Levert, Brandy, Yo Yo, The D.O.C., MC Lyte, Chuckii Booker, Miki Howard

and Gerald Albright and The Rude Boys

. It was under her watch that Billboard magazine named Atlantic the #1 Black Music Division in 1988.

Rhone’s career has been highlighted by multiple firsts: In 1990 she became the first African American woman to head a major record company when she was named CEO and president of Atlantic’s EastWest Records America division. A year later when the EastWest artist roster and operations were combined with those of Atco Records, Rhone was named chairwoman and CEO of Atco/EastWest and subsequently of EastWest Records America. At EastWest, she was directly involved in introducing several newcomers as well as helping established stars gain new success, including En Vogue, Gerald Levert

commented on Rhone’s success during the period, calling her administration one of “innovation, imagination, and freshness.” In 1993, she was cited by Ebony magazine as one of the top up-and-coming black executives in the entertainment industry.

In July 1994, Rhone was hired by Warner Music Group chairman Doug Morris to become chairman and CEO of the Elektra Entertainment Group. The Los Angeles Times called Rhone “the most powerful woman in the music business”, citing her as the only African American and the first woman in the history of the recording industry to attain the dual title.

Rhone guided the merger of Elektra, EastWest (of which she was formerly CEO) and Sire Records into one of the Warner Music Group’s most diverse and competitive labels. Rhone was directly involved in the launch and guidance of multiple best-selling artists, including Missy Elliott,

, Fabolous, Jason Mraz, and Third Eye Blind, among others. 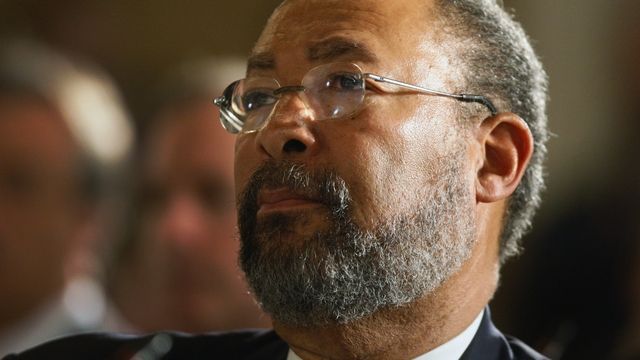 Long recognized as a developer of musical talent, she was also instrumental in transforming the staff at Elektra, with Time Warner chairman and CEO Dick Parsons (co-owner of Minton’s in Harlem and ex-board member of the Apollo Theatre) noting: “The Elektra Entertainment Group was one of the most actualized examples of diversity in action at a company that I’ve ever seen.” In 1998, Fortune magazine included her on their inaugural list of the Fifty Most Powerful Women, with Rhone joining corporate executives such as Carly Fiorina and Geraldine Laybourne, among others. In 2001, Ebony magazine recognized her as one of the Ten Most Powerful Black Women In America, alongside Oprah Winfrey

In 2004, Rhone was appointed president of Motown Records, executive vice president of Universal Records, with the chairman of Universal Music Group, Doug Morris, calling her “a rainmaker”, and Universal Motown Record Group chairman Mel Lewinter citing Rhone as a “natural to lead Motown’s evolution into the future”.[citation needed] Under Rhone’s stewardship, Motown reinvigorated both roster and staff, re-tooling the label into one of the savvier digital music business platforms. Rhone added Akon, India.Arie, Erykah Badu, Lil Wayne, Chamillionaire and others to the label.

In February 2006, the Universal Music label split into two labels, Universal Republic Records and Universal Motown Records, with Rhone serving as president of the latter. Rhone’s approach helped to raise the global identity of Cash Money Records, while also placing an increased emphasis on Universal Motown artists’ connecting with fans via micro-blogging and social network platforms.

Profiled and quoted in many magazines and entertainment media outlets through the years, Rhone has become a repeated choice on business and entertainment power lists. She has been named to the Entertainment Weekly Most Influential People list six times and to The Hollywood Reporter’s Women In Entertainment Power list seven times. Rhone has been praised by Crain’s New York Business magazine for “breaking ground for years” and recognized by NBC, MTV, BET, Rolling Stone, VH1, Billboard, Vibe, and Ebony. Black Enterprise Magazine included her in their 2011 “Most Powerful Women In Business” issue.

Rhone passed up on signing Drake (entertainer); later he would sign a distribution deal with Universal for one of the largest advances to an unsigned artist in history.

Rhone stepped down from being president of the company in 2011.

Rhone’s label Vested in Culture, an Epic imprint, launched in 2013. In 2014, she was named the president of Epic Records.  Since 2017, Rhone has been the head of Epic Records’ operations. The successful careers of 21 Savage

, Future and several other popular artists have been shaped through her excellent management skills. In April of 2019, she was named Chairman and CEO of Epic Records. She was called an “iconic executive who has played a critical leadership role in driving Epic’s recent artist development success.”

Rhone has been honored with more than three dozen awards during her career, both from the music industry and the greater community. She was awarded the 2010 Lexus Pursuit Of Perfection Award as a trailblazer for African American women everywhere. In 2008, she was honored by the Black Women In Entertainment Law Foundation for her work as a pioneer in African American Music. In 2007, she was awarded the Black Girls Rock

! Corporate Award. In 2004, Rhone was awarded the Turner Broadcasting Trumpet Award which recognizes the accomplishments of distinguished African Americans from around the world. In 2001, Ms. Magazine named Rhone Woman Of The Year, along with Jane Fonda, Yoko Ono, and Venus and Serena Williams

, among others. Rhone was one of only four women recognized in Jet Magazine’s 50 Years Of Progress issue which chronicled the business achievements of prominent African Americans in the previous half-century.

Other honors include an Honorary Doctorate of Humane Letters from the University of Adelphi; the Herbert H. Wright Award from the National Association of Market Developers; Sony’s Soul of American Music Excellence Award; The Urban Network’s Executive Of The Year Award; The Boy Scouts of America’s Whitney M. Young Service Award; the New Music Seminar’s Joel Webber Prize for Excellence in Music and Business Award; and the Legacy Life Member Award from the National Council of Negro Women. Rhone is a member of the Board of Directors of the Alvin Ailey American Dance Theater and the Rock and Roll Hall of Fame.