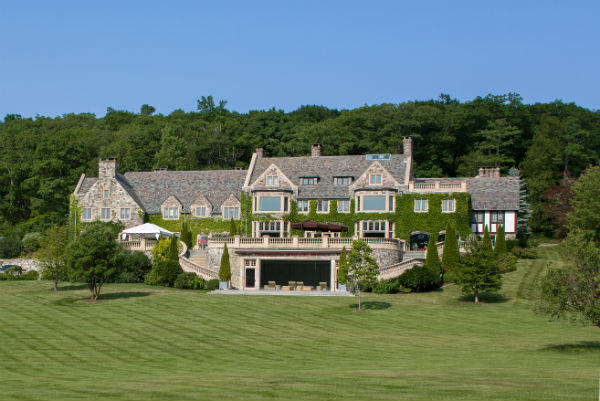 Being a one and a half from Harlem, NY, one of Dutchess County’s largest and most well-appointed mansions is now on the market and available for private tours.

In 1927, Migdale Castle in the tony New York suburb of Millbrook was completed for Margaret Carnegie Miller, the daughter, and only child of Andrew Carnegie. Seated on the highest tract of land in the area to offer unparalleled woodland and Catskill mountain views, the estate was modeled after Carnegie’s Skibo Castle in Scotland.

After falling into a state of disrepair, the 200-acre estate was purchased and given a meticulous four-year renovation by the owners. Today, the one-of-a-kind mansion is in excess of 34,000 square feet that spans four floors, 29 rooms, 10 bedrooms, 17 baths, 12 fireplaces, and a professional kitchen. 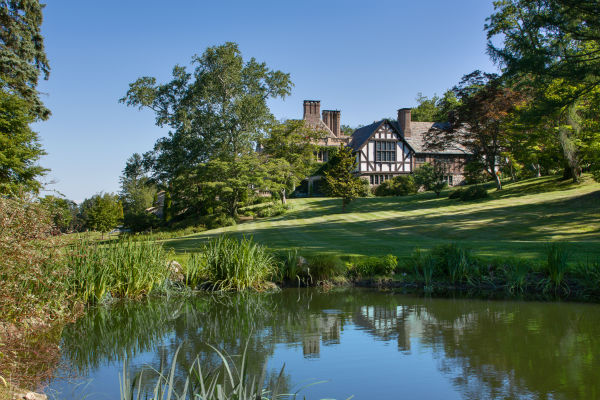 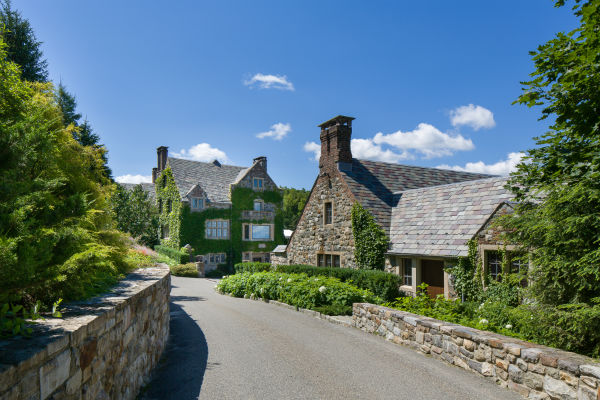 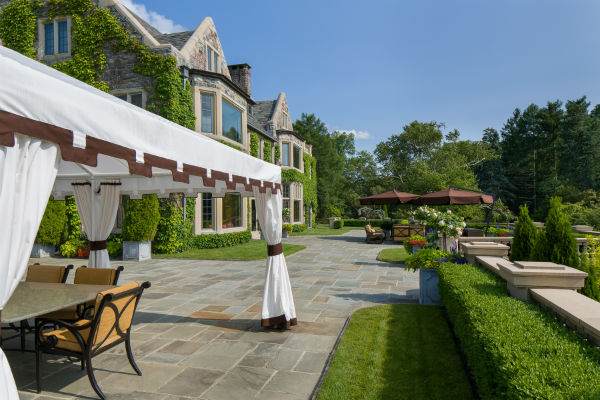 “From the time you pass the majestic gates, the princely estate commands respect. Immediately you realize you are somewhere special, winding up the private driveway. The moment you catch a glimpse of the house, you are hit with a sense of arrival.

“I would describe the house as being divided into four wings–each for a different member of this family, each with its own personality,” adds Classiques Modernes’ lifestyle & realty expert, Loy Carlos. “Great care was also taken to restore the windows, the great hall and grand staircase to their former glory by importing stately materials from all over the world and covering the walls with exquisite French fabrics. Each room has a distinctive name–the Gold Room, the Red Room, the Blue Room, etc. It’s simply regal.”

On the main level overlooking the great lawn and breathtaking mountain views, the grand terrace was carved from bedrock to make a sweeping slope, envisioning a potential nine-hole golf course. 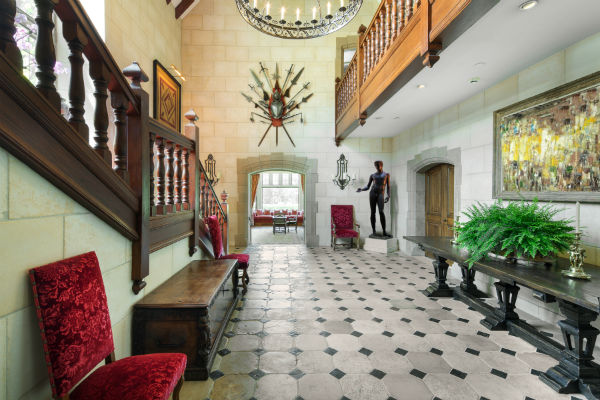 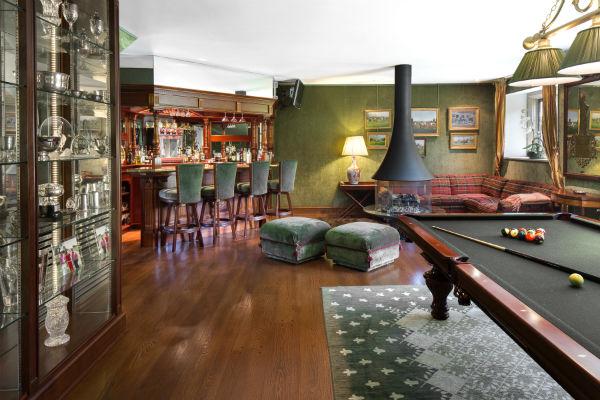 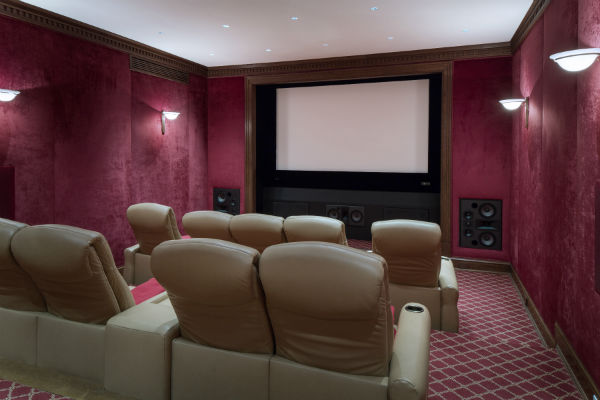 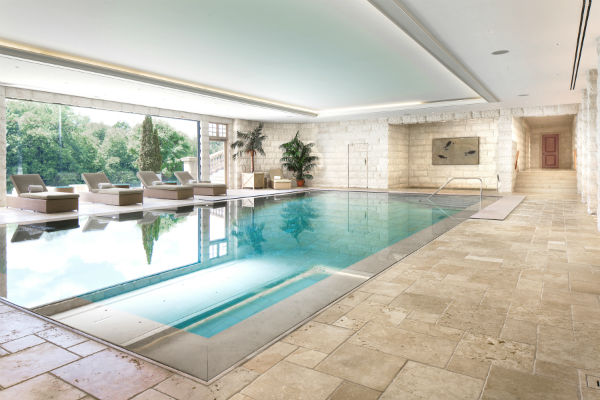 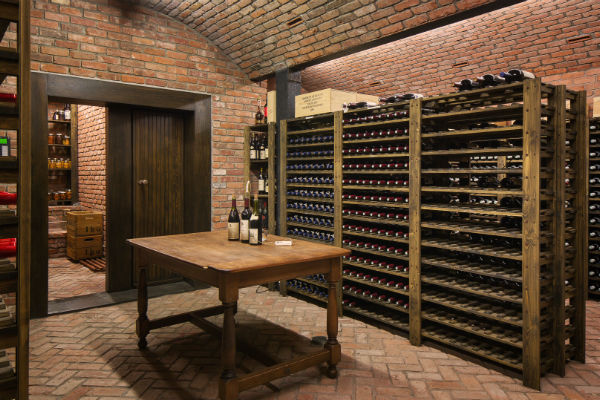 Below an entire floor has been dedicated to luxurious amenities including a fully equipped spa featuring a treatment room, his and hers lockers, steam rooms and saunas, and a hot tub. But the pièce de résistance is the indoor edgeless pool with a glass wall overlooking the great lawn – it’s the largest single-pane ever built.

The pool also features “Desert Aire,” which keeps the temperature exactly two degrees above the water temperature so that you are never cold. It also boasts a 5,000-bottle wine cellar, 13-seat media room, large fitness room/studio, golf simulator, distinguished library, and a pub with an authentic bar imported from the United Kingdom.

“What people right away notice about the residence is that despite its enormous square footage, it doesn’t feel overwhelming,” observes Moore. About the land, Carlos adds that the abutting properties surrounding the estate are owned by Chanel’s Alain Wertheimer and Bulgari. “It’s hundreds and hundreds of sublime acres exclusively owned by some of the wealthiest and most private people in the world.” 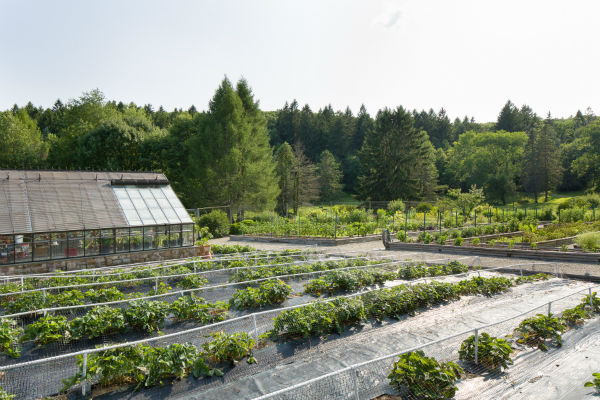 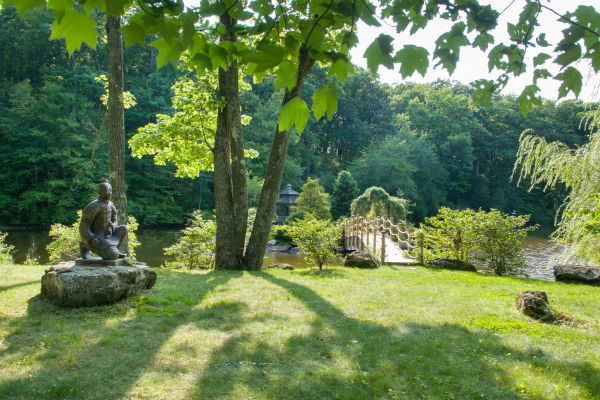 The expansive grounds — which can be sold at a premium with an additional 175 acres to make nearly 400 acres – boasts multiple ponds with bridge walkways to private islands; a 5,000-square-foot, three-bedroom gatehouse plus artist loft; a 10,000 square-foot, six-apartment staff house; and a tennis court.