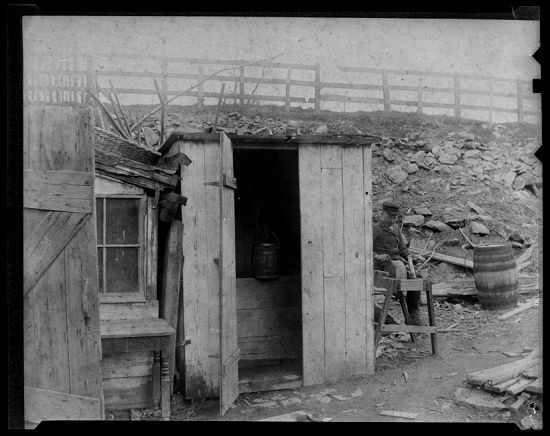 A couple of years before the turn of the century we see a Harlem boy wearing a sailors hat sitting on the right side of the wooden sheds as he plays with a grinding wheel. We think the wooden fence above the boys head running from left to right is Lenox Avenue. Harlem Wells have always flowed throughout Harlem, from the dawn of time to the “Indian Well’s & Springs,” to the I.Kunz’s Well.

James Reuel Smith worked in New York state documenting the Wells & Springs from 1897 – 1901. In 1922, he published Springs and Wells in Greek and Roman Literature, Their Legends and Locations.