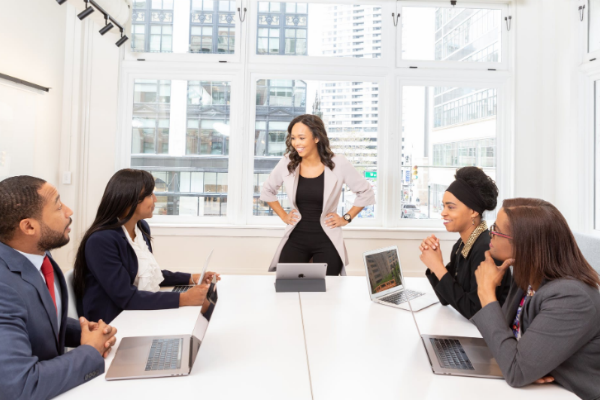 The Harlem Renaissance is the name given to a period in the early twentieth century, roughly from the 1910s through to the mid-1930s, when a considerable amount of artistic works, including literature, art, stage performance, and music, came out of Harlem. The Renaissance gave African American writers and artists the chance to take pride in and control their representation in mainstream American culture and set the stage for the brewing civil rights movement.

Harlem was full of incredibly talented artists, but it was the leadership behind the Renaissance that allowed their voices to be heard. For example, the writer Langston Hughes was bolstered by the opportunity to have his work published in Opportunity, the National Urban League magazine, which in turn led to his being published in mainstream publications like Harper’s. Opportunity was founded by the sociologist Charles Spurgeon Johnson. Without Johnson, Hughes might have had a much more difficult time getting his work seen and it having the impact that it did.

The Harlem Renaissance was made possible by the way that the creative genius of the artists involved was empowered by the non-artistic leadership behind it. Only with the combination of artistry and leadership was this great movement possible. This lesson on the importance of leadership became even more apparent in the Civil Rights movement that was borne out of the Harlem Renaissance, as a great deal of raw emotional power needed to be channeled and used productively to achieve the best possible outcome.

By examining the methods of both the leaders of the Civil Rights movement and the Harlem Renaissance, we can learn what makes a great leader, and how we can utilize these skills in our own lives and work.

Martin Luther King, Jr. was seemingly unafraid to speak up. His Letter From A Birmingham Jail called out eight fellow members of the clergy who wanted to delay civil rights demonstrations in the city. As a member of the clergy, it can’t have been easy to call out men who ostensibly shared his beliefs and were on his’ team.’ Calling out people in this way and stepping outside of your group is an uncomfortable and lonely feeling, but one that effective leaders must embrace if they are to achieve their goals.

Good leaders must be able to get their meaning and vision across to those that they are leading in a way that resonates with them. King’s ‘I Have A Dream’ speech was delivered in 1963 at the march on Washington. The writer James Baldwin described the way that the speech made the audience truly understand and believe in King’s vision, saying that ‘we stood on a height, and could see our inheritance; perhaps we could make the kingdom real.’ The speech was so powerful that more people joined King’s cause.

What if you aren’t a great orator like Martin Luther King, can you still be a great leader? The answer is a resounding, yes!

In her Ted Talk The Power of Introverts and her bestselling book Quiet, Susan Cain talks about the quiet and unassuming people that have become great leaders. One of the examples that she gives is one of the Civil Rights movements, sometimes underrated heroes, Rosa Parks. According to Cain, Parks described herself as quiet and soft-spoken, even shy. Still, on December 1st, 1955, Rosa Parks refused to give up her seat on a bus for a white passenger when she was asked to. She didn’t scream or shout, she simply stated when asked if she would stand up, ‘I don’t think I should have to stand up.’ The bus driver called the police, and Parks was arrested. Her arrest triggered the Montgomery bus boycott, which left the city buses practically empty as the 40,000 African American citizens of Montgomery either walked or took African American driven cabs to work. This mass action ultimately led to the segregation laws (sometimes known as the Jim Crow Laws) being repealed. All because a quiet and unassuming woman refused to give up her seat on the bus.

Cain theorizes that this action was so powerful precisely because Parks was so quiet and unassuming. If an outspoken person had taken that same action, then it wouldn’t have resonated with the community in the same way because it wouldn’t have been an act that was so obviously outside of their comfort zone. Rosa Parks led through knowing what she was aiming for, and by making a quiet stand.

It is important to note, however, that Parks’ stand might not have been quite so resonant if Martin Luther King hadn’t spoken so powerfully about what she had done. On the other side of this, King’s eloquent speaking would not have been anywhere near so powerful without Parks’ quiet protest. It was the combination of the two personality types together that facilitated such enormous change.

You can apply this example to leadership in your own life. If you are naturally quiet and unassuming, then you can lead by example, and perhaps enlist help with eloquent speaking either by working with someone else as the ‘face’ of your project or by investing in yourself and investing time in learning how to speak publicly. As a more introverted person who doesn’t fare so well having to bluff, the best way you can do this is to simply know your topic well. If, on the other hand, you are naturally extroverted and quite comfortable with public speaking, you can add weight to what you are saying by working with a more quiet and unassuming person to add weight and depth to what you are saying.

In the examples of both Rosa Parks and Martin Luther King, Jr, the reason that they were so effective in getting their message across is because they had a firm idea of where they were going and what they were trying to achieve. Rosa Parks knew that she was absolutely right in not allowing herself to be moved because of the color of her skin, and Martin Luther King knew that his dream for a ‘beautiful symphony of brotherhood’ for people of all skin colors was absolutely right, and not only right but possible.

Both Parks and King were deliberate in the strategy that they used to achieve their goals. They knew that protesting through peaceful and non-violent means would ultimately win more people to their cause, despite the rage they must have felt about their situation, and so this was the approach that they adopted.

This certainty of your end goal and a strategic approach is absolutely essential if you are to be an effective leader. If business leadership is your goal, then learning how to integrate your organization’s mission, vision, and goals into daily operations is vital. Luckily, there are tried and tested business strategies for doing just this, which you can learn if you go to the right place. For example, you could seek to study for an online executive MBA where you can learn to think strategically and become an effective leader. If you can learn and utilize these skills, you will be able to make a cohesive business plan and build a team that best compliments your leadership style – whether you are naturally introverted or extroverted.

Education is incredibly important for leaders, both for the leader themselves and for those who they are leading. Martin Luther King never stopped learning, and his strategy for non-violent resistance was developed in part due to what he had learned from the philosophers that came before him like Gandhi. To be an effective leader, you do not need to be thinking of brand new and original ideas all of the time, and you don’t have to know everything. What you do need is a willingness to learn from those that came before you, and the humility to allow yourself to be taught.

During the progressive era, which was a period between 1890 – 1920 when the United States was experiencing rapid growth, and there was growing concern over the protection of everyday people, one of the men who would later become a leader in the Harlem Renaissance, W.E.B. DuBois developed the idea of the ‘talented tenth.’ This was an argument that the key to winning racial equality in the United States was that educated African Americans be the ones to fight for it. The name ‘talented tenth’ came from the belief that one in ten black men could become leaders of their race if they were to continue their education. He further promoted this view during the Harlem Renaissance by arguing that racial equality could be gained through the arts. He used his influence as a magazine editor to promote the work of African American artists and writers.

Leaders in other settings could benefit from this idea. By facilitating those that you are leading to continue their education, you are not only cultivating their loyalty to you, you are also giving them either the tools that they need to lead themselves or the tools that they need to fully express their ideas. Either way, you are strengthening your team immeasurably by promoting education.

Helping other people to shine 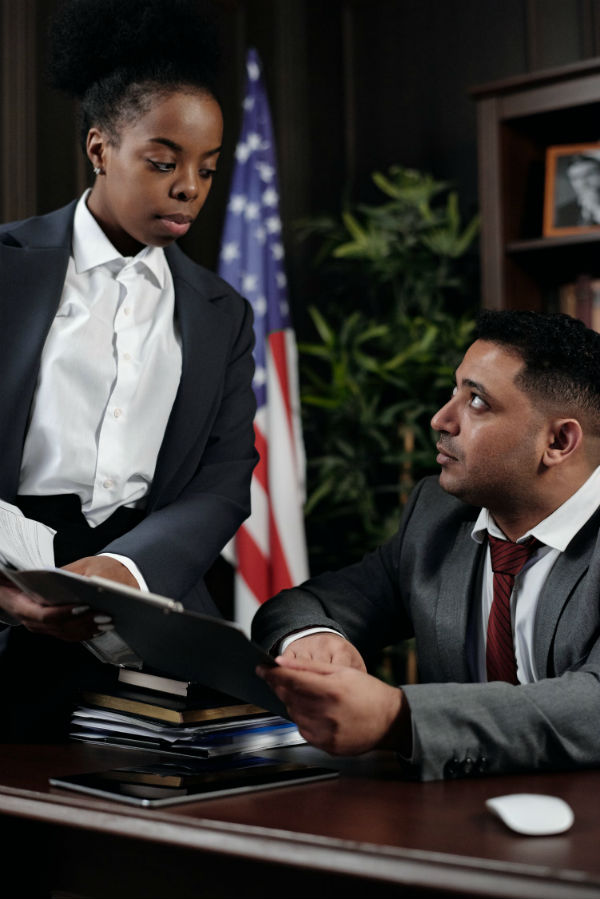 Have you ever had a boss who tried to take credit for your ideas? It doesn’t exactly inspire loyalty, does it! A good leader should be secure enough in their position that they have no need to do this to make themselves look better. Instead, they realize that when their team is thriving, this is a mark of their own achievement. A great leader gives those that they are leading a platform from which to be seen so that they can shine. The leaders of the Harlem Renaissance were the embodiment of this idea.

These leaders understood that the promotion of others would do more for their cause than if they had used their positions to promote themselves and gain their own fame and notoriety.

Through the publication of his newspaper The Messenger, Asa Philip Randolph not only featured the work of Harlem Renaissance writers but also featured ongoing Civil Rights news. The newspaper kept its readers updated on the campaign against lynching amongst other things and importantly appealed to African Americans to join radical socialist unions. By keeping the readership informed of what was happening elsewhere in the campaign made the readers feel as though change was coming, and the appeal to join radical socialist unions was a compelling call to action based on the momentum of that feeling.

Leaders can utilize this same strategy of transparency in the workplace by being honest with their employees. If you are transparent about your goals for the company and how you are progressing towards them, then your employee will be able to see the logic behind any actions that you give them. If you are experiencing tough financial times, tell your employees. Most people will get on board with trying to improve the situation—ditto for good economic times. Employees have invested their time into the company’s success, they deserve to know how it’s doing.

An honest leader sets clear expectation for those that they are leading, and they provide honest feedback. Not telling the person you are leading when they are not meeting your expectations out of fear of hurting their feelings is not helping them. They deserve the opportunity to improve and grow. An honest leader also admits when they have made a mistake. This doesn’t make you vulnerable or bring your competence into question. In fact, it will likely cause people to trust you more if you can explain the thought processes you went through and how you have learned from the mistake. Finally, keep your word. Don’t be tempted to tell people things that you think they might like to hear just to keep them happy. If you tell someone that you will do something, then do it.