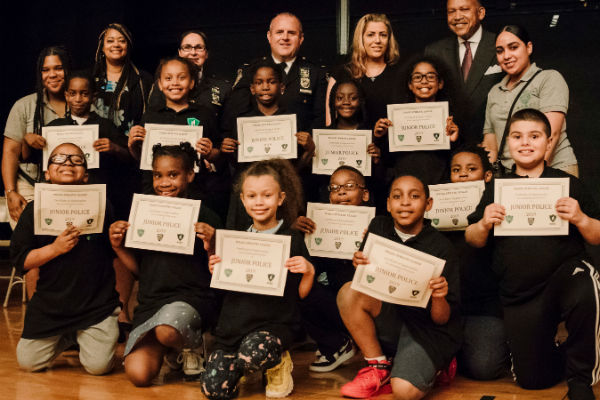 On June 19, 2019, children from Police Athletic League (PAL) centers throughout Manhattan, including the Harlem Center, the William J. Duncan Center and Polo Grounds Cornerstone, participated in the 11th Annual Junior Police Jamboree at the PAL Edward Byrne Center in Queens. Over 300 young “recruits” from PAL centers citywide displayed projects highlighting leadership qualities and community service opportunities, while members of the NYPD demonstrated officer training activities. Following the presentations and activities, the new “recruits” were sworn in with the Junior Police Pledge.

Those in attendance included First Deputy Commissioner Benjamin Tucker, who, along with NYPD officers and Police Athletic League staff, celebrated the achievements of participants in PAL’s Junior Police Club, cheering on recruits as they completed exercises and shared the different ways in which they have been serving their neighbors. 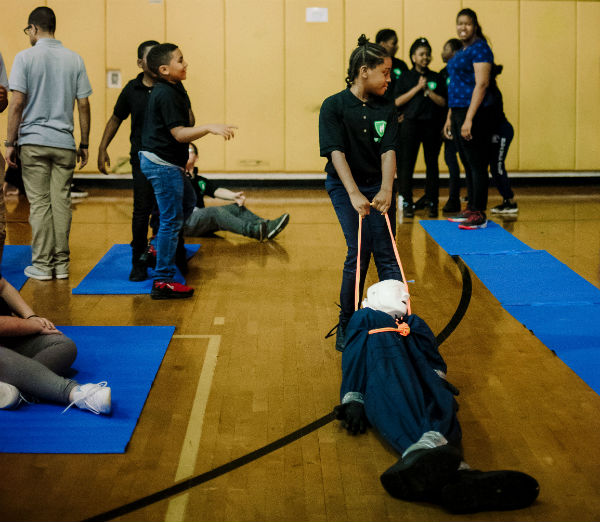 The Jamboree celebrates a year of team-building activities and mentoring by NYPD officers. PAL’s Junior Police Club is a leadership development program, whose members work toward the completion of civic projects during PAL’s After-School Program. Through partnership with the NYPD Community Affairs Bureau, the program fosters positive relations between youth and police officers, while providing young people with applicable leadership strategies and a sense of responsibility in giving back to their communities.