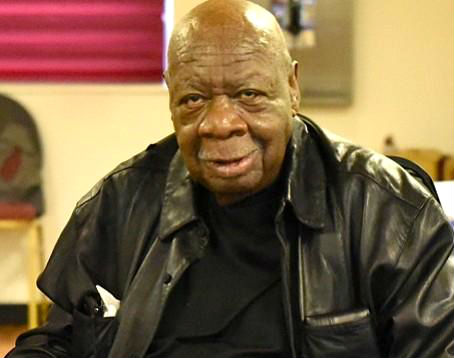 The second annual Cal Ramsey Awards banquet that benefits the Harlem Cultural Archives and the Cal Ramsey Scholarship Fund was held last Wednesday night at Walt “Clyde” Frazier’s Wine and Dine on the west side of Midtown Manhattan. Attended by friends and family members of the honorees, the event also included many esteemed members of New York City’s basketball community.

Mark Henry, the two-time WWE World Heavyweight Champion and U.S. Olympic Weightlifter. His world record for powerlifting set in 1995 still stands today at 2336.9 pounds. Earlier this year, Henry was inducted into the War’s Hall of Fame.

Russel Shuler, an education administrator and community leader for 40-plus years, founder and CEO of Youth Education through Sports, Inc., a not-for-profit Harlem-based program committed to supplementing academic and athletic assistance to college-bound students in need. His SmartBall tournament is one of the premiere tournaments held each summer.

Attorney Jeff Korek, Brooklyn-born, is a lifelong avid hoopster who still plays competitively several times a week. His Gardiner Family Memorial Basketball Classic is one of the elite streetball events in the region. Over the past 13 years, the tournament and its related activities honor the memories of the victims of a tragic car accident that took the lives of six members of the same family, while raising money to assist local families with similar circumstances. Korek is a past president of the New York State Trial Lawyers Association and is the Senior Trial Partner at Gersowitz, Libo and Korek.

Willis Reed the captain is listed as one of the greatest New York Knick players of all time. In the 1970 NBA Finals against the Los Angeles Lakers, Reed emerged from the locker room after suffering a serious injury in Game 5 to battle Wilt Chamberlain, Jerry West and their Lakers team. Reed scored the game’s first two baskets, a moment that’s been voted the Greatest Moment in the History of Madison Square Garden and second in NBA history behind Michael Jordan’s flu performance.

Nate “Tiny” Archibald, the only man in history to lead the NBA in scoring and assists in the same season, 1973. Archibald, from the Bronx, is an inductee of the Naismith Hall of Fame and one of the greatest basketball players to hail from New York City. An alumni of DeWitt Clinton High School in the Bronx, Archibald is a six-time NBA All-Star and an All-Star MVP. He was also voted one of the NBA’s 50 greatest players, honoring the NBA’s 50th year.

Attorney Robert Capers is the first recipient of the Cal Ramsey Legacy Award. A graduate of Albany Law School, Capers was mentored on and off the court by Ramsey during his college basketball days while on NYU’s basketball team from 1988 to 1992.

Capers served as a prosecutor in the Manhattan District Attorney’s office until joining the U.S. Attorney’s office in 2003. In 2015, he was nominated by President Barack Obama to succeed Loretta Lynch as the U.S. attorney for the Eastern district of New York. Today he co-leads Arent Fox’s Government Enforcement and White Collar practice.

His No. 10 hangs from the Garden rafters along with Reed’s and other great former Knick players. Frazier wears rings from the Knicks’ only two World Championships, 1970 and 1973.

A seven time All-Star, he’s also a member of the Naismith Hall of Fame and, like Reed and Archibald, a member of the NBA’s 50th Anniversary team. His 36 points and 19 assists totaling 38 points in Game 7 of the 1970 championship is recognized as one of the greatest performances in New York Knicks’ history.

Harlem Cultural Archives (HCA) is an educational corp.functioning to present Harlem’s History with accuracy and integrity. It is incorporated by N.Y.S. Bd. of Regents. www.harlemcultural.org/