The Great Importance Of The Harlem Renaissance Period 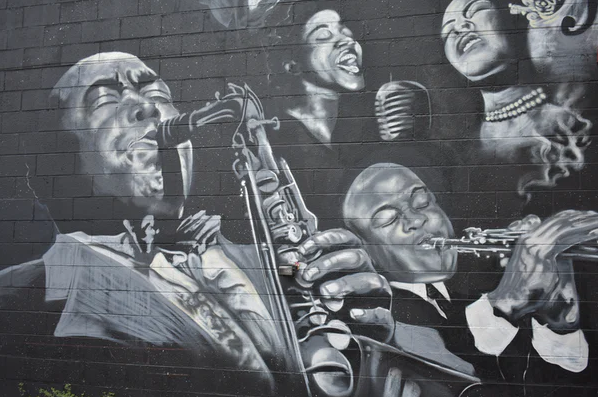 The Harlem Renaissance was one of the most important revivals of 20th century America. It was centered around the African American community who traveled north during the Great Migration and sparked a powerful uprising of the creative arts, which flourished in the urban neighborhoods where these men and women resided.

One specific area, Harlem, saw the biggest population of migrants and exploded into a mecca of creativity where some of the brightest minds of the 1920s freely expressed themselves through theatrical performances, visual art, music, literature, and more. Below we’ll take a look at how this period, which spanned over a decade, transformed the Black community and the entirety of New York City in the process.

Actors practice their lines during a play rehearsal in 1930s Harlem

A wealth of important buildings were constructed 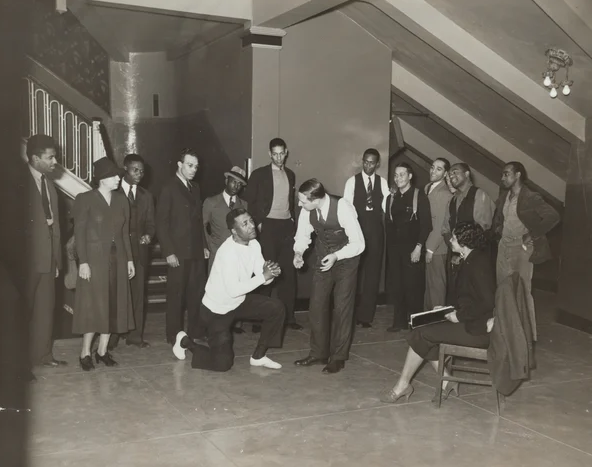 When people talk about the Harlem Renaissance, they often mention the dozens of gifted minds that rose to the surface in their respective fields, giving life and identity to Harlem with their creative performances. Although this is one of, if not the, most important aspect of the revival, it’s also crucial to look at the places and stages that were created during this time so that these people could gather freely for work, leisure, and play.

First opened to the public in 1913, the Apollo theatre hosted a variety of exciting shows that welcomed Black entertainers from all around the city. Still standing today, it’s known as one of Harlem’s most historic sites.

Another important venue, the Renaissance Ballroom and Casino, was a meeting point during this time where people gathered to play games, attend concerts, watch films, and more. A casino at this time was the perfect idea as poker’s most famous form, Texas Hold ‘em, is said to have been born in the early 1920s. Although nowadays there is a large selection of interesting variants, back then the game was new for most players. The “Renny,” as it was commonly known, was also an iconic venue for the many jazz events that were taking over Harlem during this period. The location was special in that it was one of the few of its kind, including the Cotton Club and Savoy Ballroom, to welcome African American communities.

One last site, the Harlem YMCA, cannot be excluded as its doors welcomed some of the most influential writers of the period, including Langston Hughes and Zora Neale Hurston. This location became a safe haven for people newly arriving to the city, and many years later, it still welcomes visitors today.

Prominent figures in literature and art rose to the surface

The list of prominent figures from the Harlem Renaissance is jam-packed with an unbelievable talent that changed the scope of many artistic industries forever. From writers to composers, musicians and actors, these brilliant members of society lit up Harlem with their unique, creative spirits. Some of the most notable names in music from this time include jazz and trumpet genius, Louis Armstrong, pianist Duke Ellington, and singers Bessie Smith and Billy Holiday.

The writers of this time who paved the way for many after them include poet Langston Hughes, novelist Zora Neale Hurston, W.E.B. Dubois and countless others who made a lasting impact through their work.

With the help of the Apollo and other important venues, Black theatre produced some of the nation’s finest actors and actresses, revealing talents like Ossie Davis and Ruby Dee in the process. With them came a wealth of gifted playwrights and directors, each contributing to the progressive direction of theatre at this time.

The importance of the Harlem Renaissance for the Black community, and the country, is undeniable. From the early 1920s to 1930s, African Americans and their artistic endeavors made landmark changes to the country’s entire social and cultural landscape. Most amazingly, their legacy still lives on today as a period that is embedded into modern America.