The Future Of Travel Is As Old As The Stars, Give The Customer What They Want 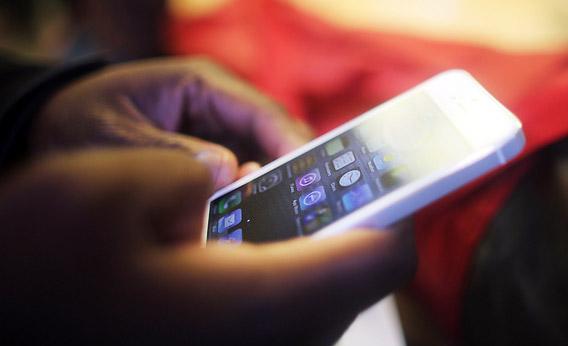 Buckle up, roll down the window, stick your head out, and enjoy the tech wind because the future of travel is on its way.

At the Consumer Electronics Show’s (CES) session on Smart Tourism on Monday, travel experts made it abundantly clear that everyone — airlines, hotels, online reservation services, and car rental companies — are all on the same page to make three things happen for the consumer:

Dlouhy was certainly preaching to the choir when he predicted that “people will be traveling as a lifestyle in the future,” and his peers sang in unison.

“I think you’re going to see a significant change in how people travel,” said Leader, predicting seamless connectedness between every partner a traveler might engage with from beginning to end. “It’ll be about the ‘totality’ of travel where you see your Skycap ready with your luggage, an Avis employee giving you a ride right up to the gate, etc. It’ll all be about one-to-one.”

Yes, that’s a tall order, but Leader says provider-to-provider handoff is the goal, and no longer will a traveler be stuck with umpteen apps to cobble their next travel steps together.

In fact, some of the dots in the travel landscape are already being connected in ways most consumers aren’t even aware of. One instance would be the moment a traveler goes through security at an airport. In less than two seconds, technology enables the Transportation Safety Administration (TSA) to scan a person’s name across biometrics, an airline’s reservation system, and other interrelated data sources to ensure that they are who they say they are and have the all-clear to board the aircraft.

Being in the moment

There was no mention of zen, but one of the more interesting takeaways was how travel companies can take notice of situations in the here and now and not have to ask forgiveness when a disgruntled traveler gets home and sends a poison-pen letter to, say, the CEO of the airline it was flying.

Leader said that flight attendants are already making notes on those e-pads they carry up and down the aisle, but the future rests not in just making a note, but in making something good happen to that lady in 21-D who grimaced about only getting another bag of stale pretzels. Leader also predicts that things like hydration and deep vein thrombosis sensors will become part of the airline industry’s growing awareness of a passenger’s well-being.

As an example of a company where the fruits of connectedness are starting to pay off, Leader pointed to Marriott. Unbeknownst to most, the hotel chain has been working on electronically-= delivered customization requests for 19 years. And, now, the company’s efforts are paying off, with 54 percent of its one-button mobile app’s users making customization requests during their stay.

That, in turn, gives the hotel the capability of monitoring and correcting things like the progress of room service while it’s going on and not after the fact  — things that can make all the difference to a traveler who’s spending $100+ to stay the night at one of the chain’s properties.

The little bumps in the road

What should consumers expect in regards to connected cars? Avis’ Kaelin anticipates a future where rental cars will transmit their own version of in-the-moment updates.

Avis already seems to be well on their way to that goal. Kaelin says the company already has 200,000 connected cars in its fleet and is working on more than just the in-car experience. If and when total, seamless connectedness becomes a reality, rental car companies like Avis will be able to be alerted to things like when the steering wheel pushes a car back in the lane, the air conditioning is wigging out, or that a renter is running late returning the vehicle and up against a clock in getting to their flight on time.

Knowing things like that can help a company be more responsive and offer more personal assistance so a traveler is stuck in the middle of nowhere without a clue or a driver who’s running behind can make their airplane connection safely and on-time.

Hands off your data

With GDPR, big tech’s privacy pratfalls, and the new California Consumer Privacy Act, companies know they better be on their best behavior — and that’s especially true for those in the tourism business.

“I think the important thing is (that) with access to this data, we (have to) take customers’ privacy very seriously and our stance has been about transparency,” Leader reported to Consumer Affairs.

His word to the wise for any travel company dealing with customer data is to, “tell (the customer) explicitly what you will do with it, look for ways to enhance their experience,” and, by all means, let the end-user decide at what level they want their data used, if at all.