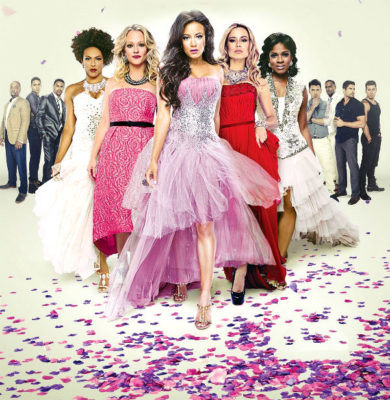 Tyler Perry’s sexy and seductive series, “If Loving You Is Wrong,

” returns with new revelations to the long-awaited questions viewers have been waiting for and dives back into the turbulent lives of the residents of Maxine. Things will never be the same for this group of friends.

Ian questions Alex if there is any possibility that he could be the father of her newborn child and threatens to get a court order if she does not comply.

Here’s an Eddie and Larry have unfinished business teaser:

Eddie warns Larry that if he helps his ex-girlfriend Esperanza in their custody battle for their daughter, there will be dire consequences.

Randal blames Marcie for vandalizing his house over a threatening phone call, warning his revenge. Secrets abound and skeletons come out to play in the small community of Maxine, Ohio.

The much-anticipated final season promises to be explosive and sexier than ever before while revealing some long-awaited answers to viewers’ burning questions. Life-changing catastrophes will leave the town reeling and changed forever.

Tyler Perry Studios is a state-of-the-art film and television production facility founded in 2006 by actor, producer, filmmaker, playwright and philanthropist Tyler Perry. Located in Atlanta, Georgia on the historic grounds of the former Fort McPherson army base, the new 330-acre campus is one of the largest production studios in the country. It boasts a variety of shooting locations including 40 buildings on the national register of historic places, 12 purpose-built sound stages, 200 acres of green space, and an expansive backlot.

OWN: Oprah Winfrey Network is the first and only network named for, and inspired by, a single iconic leader. Oprah Winfrey’s heart and creative instincts inform the brand and the magnetism of the channel. OWN is a leading destination for a premium scripted and unscripted programming from today’s most innovative storytellers. OWN’s original scripted series include popular dramas “Queen Sugar,” “Greenleaf,” “The Haves and the Have Nots,” “If Loving You is Wrong,” “David Makes Man” and “Cherish the Day.” OWN’s unscripted primetime programming lineup includes “Iyanla: Fix My Life,” “Ready to Love,” “Love & Marriage: Huntsville,” “Family or Fiancé,” “Love Goals,” “Black Women OWN the Conversation” and “Black Love.”OWN connects with its audience wherever they are, inspiring conversation among a global community of like-minded viewers on social media and beyond. Launched on January 1, 2011, OWN is a joint venture between Harpo, Inc. and Discovery, Inc. The venture also includes award-winning digital platform Oprah.com. Access OWN anytime on WatchOWN.tv or across mobile devices and connected TVs.