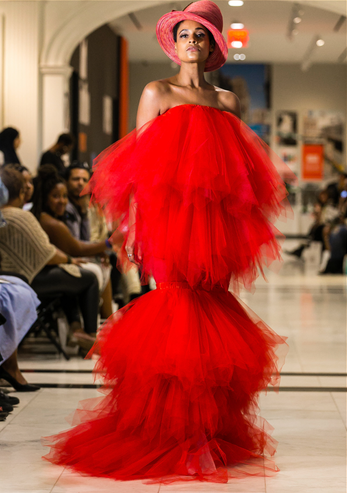 Harlem Fashion Week values INCLUSIVITY, as a result, Season 6 of HFW will be dedicated to highlighting “Legends, Trailblazers, and Groundbreakers in Black Fashion”. Harlem Fashion Week events will run from February 15th to March 2nd, 2019. Since the days of the Renaissance, Harlem has served as the epicenter of music, literature, art and fashion. As Harlem is being revitalized in the 21st century, Harlem Fashion Week will introduce a new era of fashion culture to the Harlem community inspired by its rich cultural heritage. Harlem Fashion Week creates a cultural canvas for both established and emerging designers to showcase their creativity in an atmosphere that supports diversity and inclusivity. HFW will bridge the Downtown fashion hub to the Uptown vibe for a rich cultural experience.

All Harlem Fashion Week Events will be held at venues throughout the Harlem Community:

The Harlem Fashion Week runway show on February 16th at the Museum of the City of New York is a 21st Century Fashion Cultural Experience. Season 6 is going to be EPIC!!! With designers from India to the continent of Africa, HFW will create a diverse, international presence in the heart of Harlem. The featured designer will be international award winning designer, Yvonne Jewnell, the Creative Director for Harlem Fashion Week.

To culminate the 6th season of Harlem Fashion Week: on March 2nd HFW will host a fashion symposium entitled, “Legends, Trailblazers and Groundbreakers in Black Fashion” at the Harlem State Office Building. This event will begin a series of talks, lectures and workshops that salute those individuals who have paved the way for people of color in the fashion industry. It is also an opportunity for the next generation of fashion creatives to learn from their experiences to continue the legacy of Black influence in the fashion industry.

Get more information at harlemfw.com