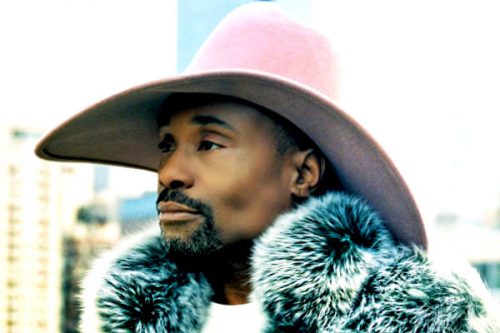 The NAB Show New York Impact Award honors the most innovative leaders in media and entertainment for their impact and influence on the overall industry, as well as in the city of New York. Porter will be acknowledged for his decades of success as an entertainer and his break-through performances.

Porter currently stars in the FX series “Pose,” for which he has received an Emmy Award as well as Golden Globe and Critics Choice nominations for Best Actor in a Drama Series. Created by Steven Canals, Brad Falchuk and Ryan Murphy, “Pose” is set within New York City’s influential and underground LGBTQ ball culture scene of the 1980s.

Other select television credits include “The Get Down,” “Law & Order: Special Victims Unit,” “The Big C,” “Law & Order,” as well as a season-long recur in “American Horror Story: Apocalypse.”

Also a veteran of the theater, Porter originated the role of ‘Lola’ in the Broadway musical “Kinky Boots,” for which he won the Tony for Best Actor in a Musical, a Drama Desk Award, an Outer Critics Circle Award in 2013, and a Grammy in 2014 for the cast album.

Porter will next be seen co-starring with Tiffany Haddish, Rose Byrne and Salma Hayak in Paramount Pictures’ feature film, “Like A Boss.”

The National Association of Broadcasters is the premier advocacy association for America’s broadcasters. NAB advances radio and television interests in legislative, regulatory and public affairs. Through advocacy, education and innovation, NAB enables broadcasters to best serve their communities, strengthen their businesses and seize new opportunities in the digital age.