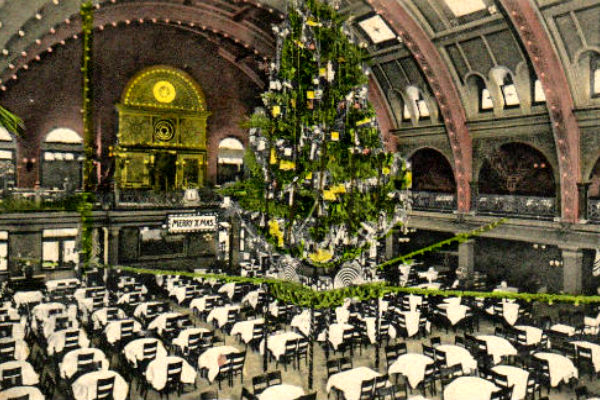 The music Hall was a place for the entire family that lasted the first two decades of the 20th century in Harlem, 1900-1917.

The Pabst was designed by architect Otto Strack in the tradition of European opera houses and the German Renaissance Revival style. 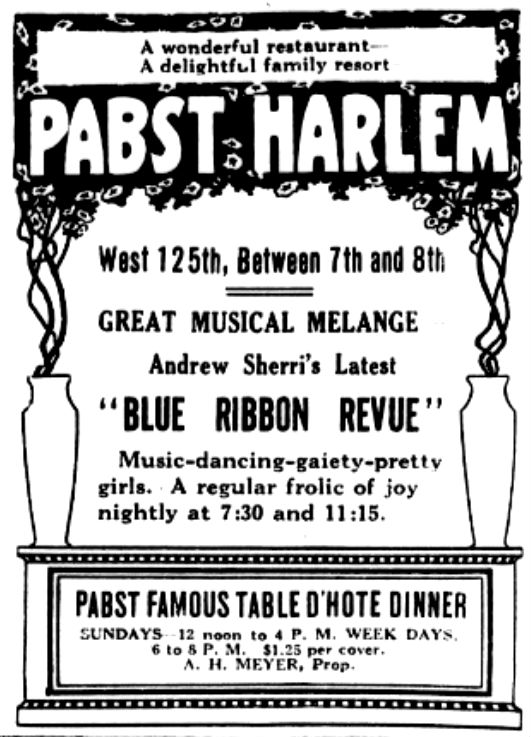 The restaurant was a gathering place for the large German population which inhabited Harlem at the time. They were known for seafood and popularly referred to as a “lobster palace”.

As Harlem historian Michael Adams says this is the place, “where young Hungarian Sigmund Romberg was the regular pianist for $55 per week, between 1910 and 1911, prior to gaining fame as the last great composer of operetta.”

Also, It was where Broadway diva Madame Sherri and her French husband Andre Sherri (Macaluso/Riela as he called himself) staged musical reviews and advertised “With Eugene Macgregor of Broadway Production Fame, and 20 Other Favorites,” with “Stunning Girls,” “Elaborate Customs,” “Entirely New” and a performer who for Ziegfeld Follies, Madame Andre Sherri.

One can see that the posh interior used to be a large dome, skylights that had table seating covered in clothing on the ground floor, with palm trees on both the ground floor and placed after every other window on the second floor, centered with a large painting for a touch of class. 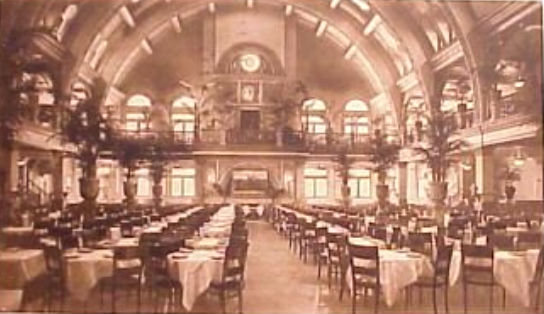 As Harlem Bespoke wrote, “The December photograph above shows the Christmas tree (and lights) installed inside during the holiday season.

One would imagine that this particular location would have been the place to dine out at for New Year’s Eve in Harlem until prohibition shut the establishment down by 1920…” served a daily supply of seafood by train from Maine.

Michael Adams states that “rather than accept black patronage the restaurant closed to become a Kress dime store in 1917.”

The building closed just before Prohibition came into effect. (A wartime prohibition, enacted in June 1919, severely restricted the sale of alcohol after World War I, prior to the enactment of the 21st Amendment in 1920.)