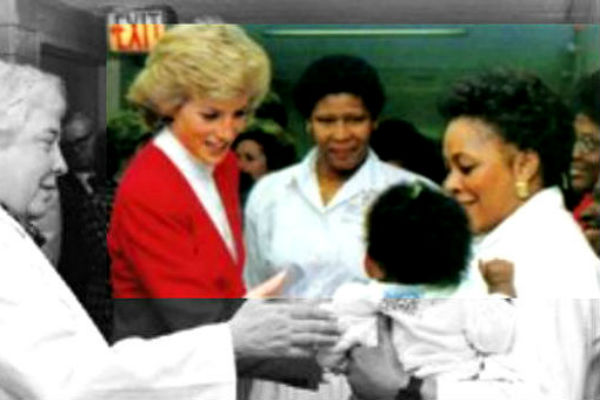 In 1989 UPI reports that Princess Diana hugged and stroked children suffering from AIDS in a visit to a Harlem hospital today and questioned a doctor about the deadly disease.

“Are you heavy?” Diana asked a 7-year-old boy dressed in blue pajamas as she picked him up and held him close.

Diana’s visit to Harlem Hospital and its tragic group of black children suffering from AIDS–many of whose mothers were intravenous drug users–came on the last day of her three-day visit to New York City. She left for home in the afternoon. 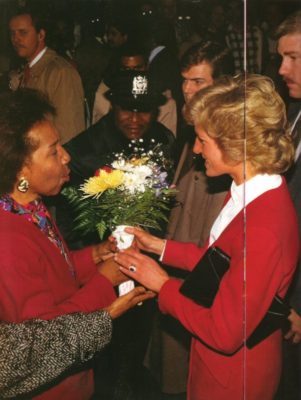 The Princess of Wales[/easyazon_link] arrived at the blue-and-white brick Harlem Hospital where hundreds of people waited for hours in the cold and rain for a few seconds’ view of her before she went inside.

Upstairs in the pediatrics ward, seven victims of acquired immune deficiency syndrome anxiously awaited their date with the princess, who made headlines by shaking hands with patients in Britain’s first AIDS hospital ward in an effort to dispel the myth that the disease can be transmitted through casual contact. 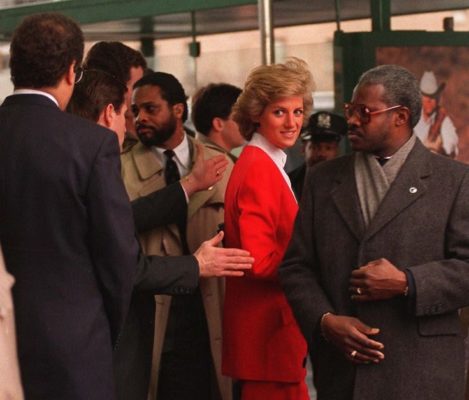 Diana clad in a red wool suit with black velvet buttons and a white silk blouse, made her way to the pediatrics ward and was cheered by hospital staff who lined the hallway. 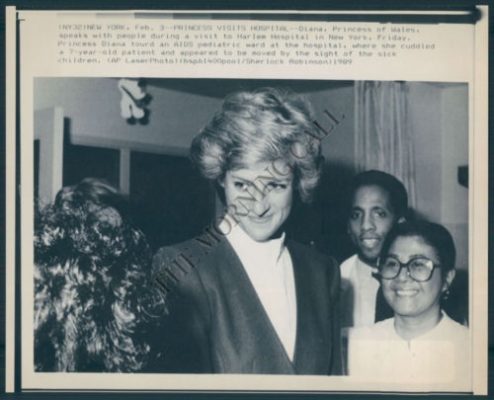 Diana held her finger out so a 20-month-old girl in a pink, frilly dress could grip it and look up with big brown eyes at the blonde princess, who stood there for a few moments, obviously moved, but keeping a smile on her lips. 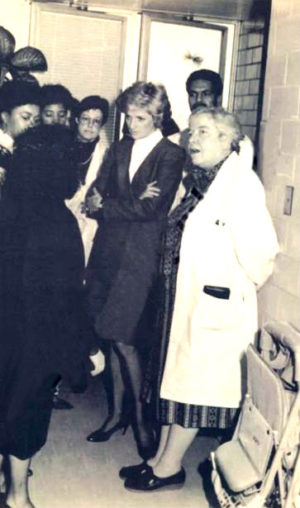 “Do you think people are educated about this?” she asked Dr. Margaret Heagarty, director of pediatrics, who briefed Diana before her visit to the pediatrics ward.

“Our own royalty, whatever that is, being a democracy or a republic or whatever, have not done anything nearly so symbolic as these things you are doing today,” Heagarty said. 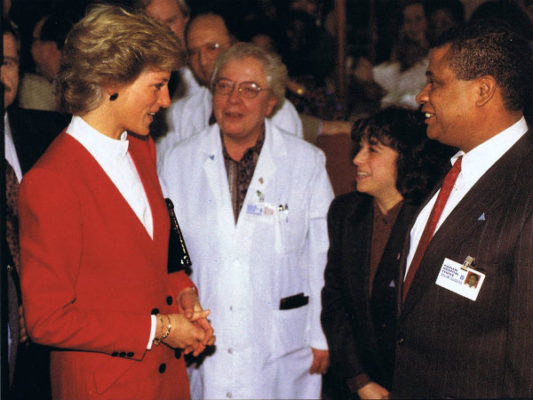 “Do you think the situation is going to get worse?” asked the princess, seated at one end of a long polished oak conference table.

“In the next five years?” asked Diana.

“Well into the next century,” Heagarty said.