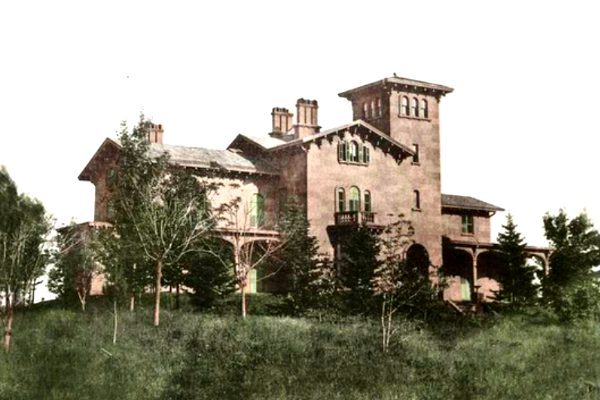 Daniel E. Devlin, 1813-1867, was an Irish immigrant who settled in Manhattanville, New York, from Louisville, Kentucky and established himself as a master tailor and clothier.

His business, D. Devlin & Co., catered to men’s and boys’ clothing and was a great success in the busy City Hall area.

Dayton in Manhattan writes that Devlin opened his tore just as his brother, Jeremiah, was arriving from Ireland. The two opened a men’s clothing store in 1843, D. & J. Devlin, at the corner of Nassau and John Streets.

Completed in 1861, the five stories building was, as the AIA Guide to New York would later describe it, “A late Italianate temple of commerce whose beautifully weathered stone surfaces are pierced with ranks of finely proportioned rounded windows.”

Harlem resident Devlin was a country gentleman and devout Catholic who shared his good fortune in generous donations to church and charitable groups. 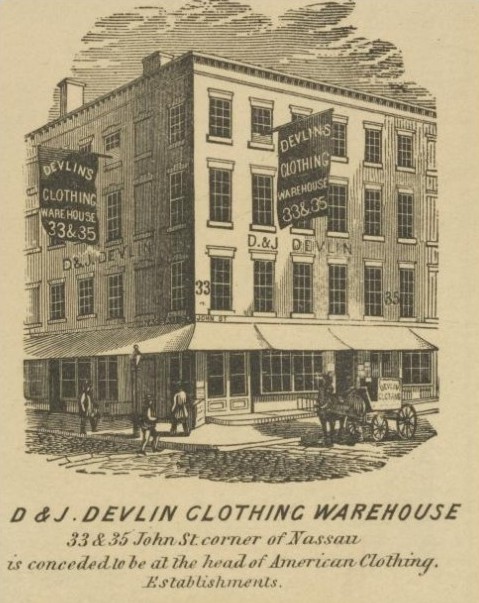 The St. Vincent de Paul Industrial School, under the direction of the Sisters of Charity, was one such institution to benefit from the munificence of Daniel Devlin.

Not only did he pay rent for two houses that the sisters rented, but he also loaned sewing machines and experienced operators to the school in order to teach the tailoring trade)!

Devlin, along with Charles M. Connolly and Bartlett Smith, also played an active role in the original site selection of Manhattan College in Manhattanville.

Devlin wore another hat in his life beyond that of a businessman. With the ouster of N. C. Platt during the Fernando Wood administration, Devlin was appointed Chamberlain for the City of New York.

Devlin held the position of Chamberlain from December 2, 1860, until his death. In an era of massive city government corruption, Devlin was eulogized as a “most upright, honorable and public-spirited” citizen). 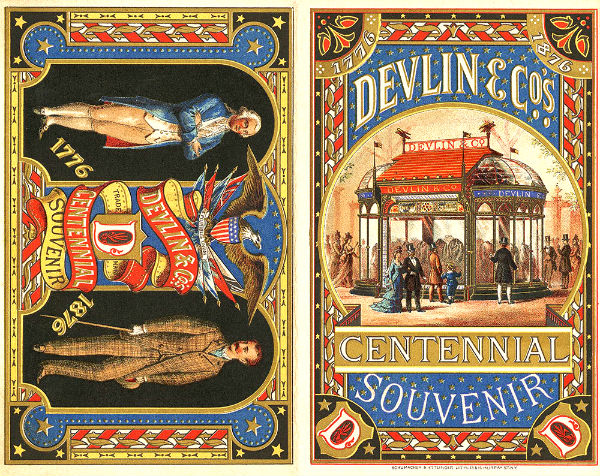 Original floor plans, including the layout of the second floor, still survive).

The mansion is long gone, and in later years the Devlin estate had been the site of the Hebrew Orphan Asylum. A public school and park today occupy the site.