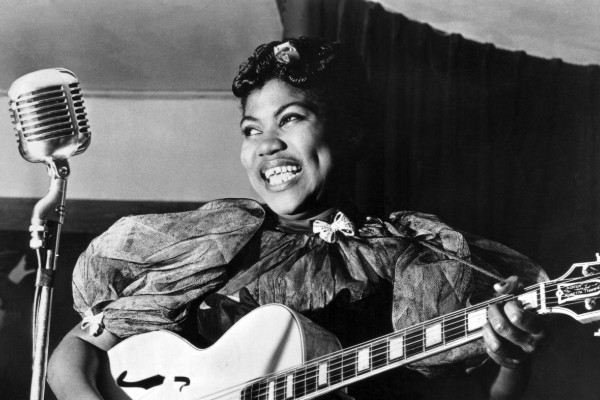 Playwright Cheryl L. West (FANNIE: The Music and Life of Fannie Lou Hamer; Jar the Floor), will be joined by Kenneth L. Roberson (Avenue Q; All Shook Up), who will direct, and Joseph Joubert (Respect; The Color Purple) as arranger and orchestrator for the musical about the “Godmother of Rock ’n’ Roll.”

A virtuosic guitar player, songwriter, and performer, Tharpe was a musical superstar from the 1930s through the 1960s — a Black woman, who influenced early rock stars, including Little Richard, Elvis Presley, Johnny Cash, Chuck Berry, and Jerry Lee Lewis.

Producer Ragovoy Entertainment Group (Dawn Smalberg and Bev Ragovoy) plans to further develop the show with a regional theater in preparation for a Broadway run.

SHOUT premiered at the Pasadena Playhouse in 2017 and after a major restructuring, went on to rave reviews at Seattle Rep in November 2019.

“Armed with Sister Rosetta’s inspiring story, West’s engaging book, and a talented creative team, SHOUT SISTER SHOUT! is guaranteed to bring audiences back to the theater for a joyful evening of music that celebrates an extraordinary woman whose scope of influence continues to this day,” said Ragovoy.

She helped to discover Richard Wayne Penniman, later known as Little Richard. A larger-than-life personality, her music changed gospel and rhythm and blues forever, while impacting those who went on to form the pantheon of rock ’n’ roll.

In 2004, the U.S. Library of Congress selected Tharpe’s 1944 release “Down by the Riverside” for the National Recording Registry, noting that it “captures her spirited guitar playing and unique vocal style, demonstrating clearly her influence on early rhythm-and-blues performers.”

Tharpe, whose contribution to music was obscured for years after her death in 1973, was finally recognized with her posthumous induction into the Rock & Roll Hall of Fame in 2018.

In 2019, pop superstar Lizzo and her guitarist Celisse Henderson paid tribute to Tharpe with a musical performance on Saturday Night Live.

“This is a Black art form, and it started with a Black woman,” Henderson later said of Tharpe in an interview with Yahoo! Music. “… Rock ’n’ roll really is a Black woman.”

Featuring some of Tharpe’s greatest hits, like “Strange Things Happening Every Day,” “Didn’t It Rain and “Up Above My Head.”

The musical will be West’s sophomore production on Broadway; her show Play On! premiered at the Brooks Atkinson Theatre in 1997 and a revival of her show, Jar The Floor is currently optioned for a Broadway run.

She has written TV and film projects at Disney, Paramount, MTV Films, Showtime, TNT, HBO, CBS, BET and is the Webby-nominated writer for the original web series Diary of a Single Mom. 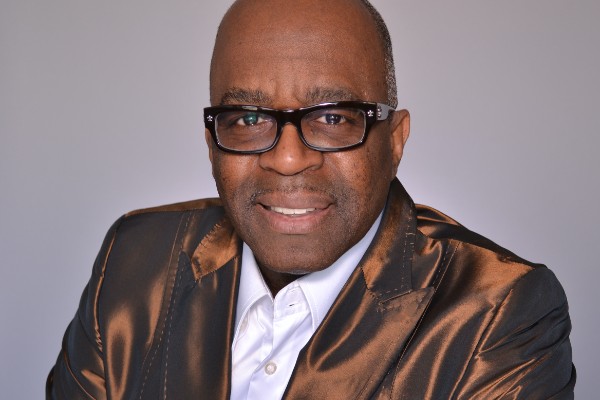 For Broadway, he choreographed the Tony Award-winning Best Musical Avenue Q, receiving a Drama Desk nomination for Outstanding Choreography; All Shook Up; Purlie and Freak.

His off-Broadway choreography credits include A Boy and His Soul at the Vineyard Theatre (2011 Lucille Lortel Nomination outstanding choreography); Insurrection at the Public Theater; Avenue X at Playwrights Horizons; Mineola Twins at the Roundabout Theatre Company; and Drowning Crow at Manhattan Theatre Club.

He directed Nina Simone: Four Women at Chicago’s Northlight Theatre in 2018, and at Merrimack Repertory in 2019; Ethel at the Alliance Theatre in 2016; Spunk at Cincinnati Playhouse in the Park; and the musical Frog Kiss at Virginia Stage Company.

Joseph Joubert is a hugely versatile musician whose wide-ranging accomplishments and talent as a pianist, arranger, orchestrator, Broadway conductor, and music director have taken him around the world.

Most recently he has done piano underscore recording and orchestrations for the upcoming movie Respect starring Jennifer Hudson.

Joubert was co-producer and orchestrator for Georgia On My Mind, the viral get-out-the-vote video by Broadway luminaries released ahead of the Georgia runoff election.

Next season he will serve as musical supervisor for Blue at the Apollo directed by Phylicia Rashad and starring Lynn Whitfield and Leslie Uggams; and Caroline, or Change at Roundabout Theatre Company will use his orchestrations.

Joubert was musical director for Berry Gordy’s Motown The Musical and was assistant conductor for Nice Work If You Can Get It and Billy Elliot.

The Ragovoy Entertainment Group is dedicated to producing and investing in original works and significant, often untold stories that celebrate the best in humanity.

Principals are Bev Ragovoy, a music publisher focused on the catalog of her late husband, Jerry Ragovoy, and Dawn Smalberg, an attorney in theater and creative talent representation.

Off-Broadway credits include: For Colored Girls Who Have Considered Suicide/When the Rainbow is Enuf, Drama Desk Award-Winner Georgie!, and Piece of My Heart.

Smalberg and Ragovoy are thrilled to be part of the process of bringing theater from concept to full-scale production.