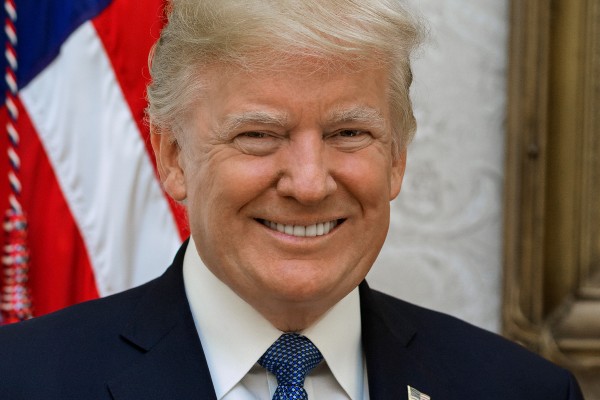 New York City today joined a coalition of three states in urging the U.S. Supreme Court to revisit the question of whether to halt implementation of the Trump Administration’s Public Charge Rule.

This as New York City and the nation undergo a public health crisis created by the spread of the coronavirus disease 2019 (COVID-19). The Public Charge Rule drives immigrants and their families away from accessing health benefits to which they are entitled by threatening applicants’ eligibility for green cards and visa renewals.

The Supreme Court issued an order in January that had been denied by the lower courts, allowing the rule to take effect while legal challenges to the rule are pending in the U.S. Court of Appeals for the Second Circuit and through a possible petition to the Supreme Court.

The coalition is asking the court to revisit the question of interim relief in light of the new and devastating effects that the rule has had on the nation’s public health and the economy as COVID-19 has spread over the last six weeks, and — to prevent the rule from impeding efforts to slow the continued spread of the virus happening nationwide — to temporarily halt the Public Charge Rule until the national pandemic is over.

“New York City is the epicenter of America’s COVID-19 pandemic and our immigrant communities have been hit particularly hard,” said Corporation Counsel James E. Johnson. “City agencies have worked diligently to educate immigrant families about the pandemic and to provide medical and social services to contain the spread of this virus to keep our communities safe. Yet, the public charge regulation makes it impossible for immigrants to seek medical care and services without fear.

That fear hurts us all. Immigrant workers are disproportionately represented in the essential occupations serving the entire City and are considerably exposed to the coronavirus. Many serve as our home health aides, cooks, janitors, food preparers and deliverers, and taxi drivers. But the United States Department of Homeland Security has refused to stop the enforcement of the public charge rule during this unprecedented public health crisis. The Supreme Court should recognize the dire situation our communities are facing and stay the public charge rule to help the country stop the spread of COVID-19 and save lives.”

“At a time when all New Yorkers must be able to seek care and support without fear, the Public Charge Rule continues to create widespread confusion and concern, dissuading immigrants from getting help and adversely affecting our collective health,” said Bitta Mostofi, Commissioner of the Mayor’s Office of Immigrant Affairs. “We are deeply troubled by reports from communities that immigrants are afraid to seek medical care, SNAP, or other benefits and services they urgently need during the COVID-19 pandemic. This is a matter of life and death.

We cannot afford to have our response hindered during this unprecedented public health crisis. For the sake of our nation’s health and resilience, we urge the Court to halt the implementation of the Public Charge Rule. New York City residents who have questions about the public charge and how accessing certain public benefits may affect immigration status, can call the free, confidential ActionNYC hotline at 1-800-354-0365 and say ‘public charge’ to access timely and trusted information and connections to legal help.”

Last August, the U.S. Department of Homeland Security (DHS) issued a Public Charge Rule that changed the established meaning of public charge, which had long been that immigrants who use basic, non-cash benefits are not considered public charges because they are not primarily dependent on the government for survival.

Federal law allows lawful immigrants to apply for certain supplemental public benefits if they have been in the country for at least five years. But the new Public Charge Rule creates a “bait-and-switch” if immigrants use these supplemental benefits to which they are legally entitled, they may jeopardize their chances of later becoming a legal permanent resident or renewing their visa.

Federal law allows lawful immigrants to apply for certain supplemental public benefits if they have been in the country for at least five years. But the new Public Charge Rule creates a “bait-and-switch” if immigrants use these supplemental benefits to which they are legally entitled, they may jeopardize their chances of later becoming a legal permanent resident or renewing their visa.

Days after the rule was issued, a coalition of attorneys general and the City of New York — led by New York Attorney General Letitia James — filed a lawsuit challenging the Trump Administration’s Public Charge Rule, noting that the rule specifically targets immigrants of color, immigrants with disabilities, and low-income immigrants, while putting these communities at risk, and would have short- and long-term impacts on public health and the economy.

The Administration then filed a motion in the U.S. Supreme Court, which issued a stay of the district court’s preliminary injunction, pending the Second Circuit’s decision in the case and any subsequent petition to the Supreme Court to hear the case.

In the more than two months since the Supreme Court issued its ruling, COVID-19 has fundamentally changed the national landscape. The United States went from not a single reported COVID-19 case to more than 575,000 confirmed infections and is now the country with the most virus-related deaths in the world. As of 5 pm on April 12, 2020, more than 101,410 of those infections and more than 6,182 deaths have been reported in New York City alone.

In early March — when the coronavirus first began to spread across the country — several states sent a letter to the Trump Administration seeking to suspend the Public Charge Rule, to ensure immigrants would not fear to see a doctor. After the first letter went unanswered, the Administration posted a confusing and contradictory alert claiming to offer a resolution for immigrants.

The states sent a second letter again calling for a halt of the rule, pointing out the alert contained confusing and contradictory statements about the impact that using Medicaid would have on non-citizens subject to the rule. The Trump Administration refused to answer the second letter as well. On March 18, 2020, New York City also wrote to the Trump Administration urging the suspension of the Rule, and ICE escalations in immigration enforcement during the pandemic.

The motion filed with the Supreme Court today by the coalition asks the court to take into consideration the extraordinary events of the last six weeks and the new harms that the rule is causing to the public health and the economy during the COVID-19 crisis.

The motion asks the court to temporarily lift or modify its stay to halt implementation of the Public Charge Rule until the national emergency concerning COVID-19 is over.

The motion asks the court to temporarily lift or modify its stay to halt implementation of the Public Charge Rule until the national emergency concerning COVID-19 is over. Of note is the fact that immigrants make up a large number of essential workers helping move our nation along at this time, and if they don’t have access to the proper health care today, they are more likely to spread the virus to all Americans, inadvertently, tomorrow, not only contributing to the exponential growth of infection rates but of fatalities as well.

“By deterring immigrants from accessing publicly funded health care, including programs that would enable immigrants to obtain testing and treatment for COVID-19, the Rule makes it more likely that immigrants will suffer serious illness if infected and spread the virus inadvertently to others — risks that are heightened because immigrants make up a large proportion of the essential workers who continue to interact with the public,” the motion argues.

“The Rule’s deterrent effect on immigrants’ access to health care and other public benefits for which they are indisputably eligible is impeding efforts to stop the spread of the coronavirus, preserve scarce hospital capacity and medical supplies, and protect the lives of everyone in our communities — citizens and noncitizens alike.”

Further, the coalition argues that the nation’s economy cannot undergo further damage from the spread of COVID-19. In the three weeks between March 19 and April 9, more than 16 million residents across the nation lost their jobs and filed for unemployment. And according to estimates by the U.S. Bureau of Labor Statistics, between February and March 2020, the number of immigrant adults who are unemployed rose by 26 percent.

The coalition concludes by arguing that none of these harms were before the Supreme Court when it decided to stay the district court’s orders in January, justifying a temporary halt of the stay order.