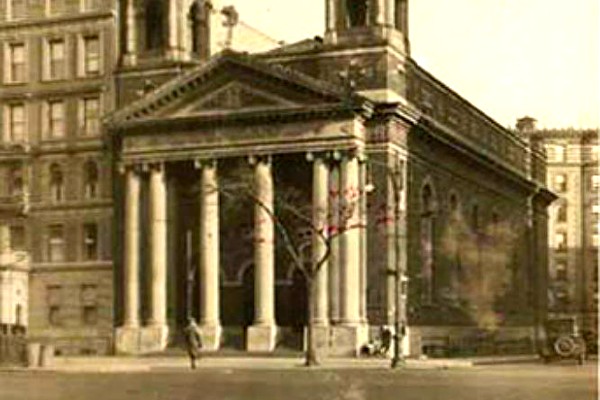 One of Harlem’s long-standing Baptist churches has been hit hard by the outbreak of new coronavirus in New York City, according to reports.

Nine congregants of the Mount Neboh Baptist Church — located on Adam Clayton Powell Jr. Boulevard and West 114th Street sicne 1980 — have died in recent weeks after contracting the virus, church leaders told NY1. In the same span, two congregants have died of non-coronavirus causes, according to the report.

The church’s Reverend Dr. Johnnie Green told NY1 that many of the congregants who died of coronavirus were respected elders in the community. To make matters worse, church leaders cannot be there to physically support grieving family members. Green told the news station that he “weeped” and struggled through performing a funeral service as family members waited in a parked car outside the congregant’s gravesite.

In the meantime, church leaders have been using Facebook to stream services and provide updates to its congregation, Green told NY1. Mount Neboh Baptist Church will honor its congregants who have died of coronavirus in a special service once the church is allowed to hold physical meetings again, the reverend said.

More than 10,000 New York City residents are estimated to have died of coronavirus, according to new data released by the city Tuesday that includes deaths of people who were not officially tested for the virus. The Health Department estimates, but cannot confirm, that the inclusion adds 3,778 New York City dwellers lost their lives to the fatal virus.