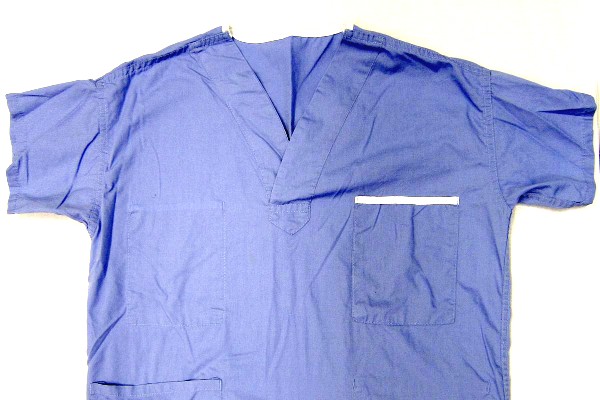 As NYC’s health care heroes fight COVID-19 despite a shortage of Personal Protective Equipment (PPE), Mayor Bill de Blasio today announced a public-private partnership with the White House and others.

“Our healthcare workers are heroes on the front line – we must use every tool we’ve got to ensure their safety,” said Mayor de Blasio. “That means relying on New Yorkers’ resilience, ingenuity, and manufacturing prowess to create a self-sufficient supply of the resources they need to get through this crisis.”

Mayor de Blasio worked closely with the White House, Peter Navarro, Assistant to the President for Trade and Manufacturing Policy, private companies and the National Council of Textile Organizations to secure the fabric for New York City. Through a partnership with the United Parcel Service of America (UPS), the fabric will be delivered from Owens-Minor’s facility in North Carolina to local manufacturers across the City.

The Mayor, working closely with EDC, has identified local fashion and garment manufacturers and sewing talent that can make the medical gowns. One organization producing gowns is Course of Trade, a woman-owned workforce development organization that trains the next generation of fashion manufacturers for free in Sunset Park Brooklyn. They have hired 400 New Yorkers and will produce 60,000 hospital gowns a week in six different factories in South Brooklyn.

Several other major fashion and garment companies are producing medical gowns, including former participants in the City’s Fashion Manufacturing Initiative (FMI), a program that funds garment factory modernization, which Mayor de Blasio expanded dramatically during his first term. These factories will take advantage of this new supply of materials to produce 30,000 gowns this week and 400,000 gowns by late May.

Manufacturers in the Brooklyn Navy Yard, Brooklyn Army Terminal, and in other areas throughout the City are also producing face shields. Currently, there are nine local manufacturers producing roughly 300,000 face shields per week; by the end of the month, they will produce 465,000 a week.

In March, the City via the EDC launched an in-take form to coordinate with local businesses to manufacture needed medical supplies at scale as part of the COVID-19 emergency response. The Administration is working in close coordination with the Department of Health to ensure products meet the City’s safety standards and protocols.

The City has received over 2,700 responses. In addition to the factories working with the fabric from Owens-Minor, the City is working with eight factories in total to produce over 220,000 disposable and reusable surgical gowns per week.

“New York City is facing a crisis unlike anything it has seen before and getting through it will require bold action and strong collaboration across industry sectors and all levels of government,” said James Patchett, President and CEO of the New York City Economic Development Corporation. “This partnership is an example of what needs to be done to effectively respond to COVID-19. The result is much-needed supplies so local NYC manufacturers can produce hundreds of thousands of hospital gowns for our frontline workers.”

“Owens & Minor is proud to be part of this critical venture to help the City of New York and those on the front line in a time of need fighting the horrible COVID-19 Virus,” said Owens & Minor President and Chief Executive Officer Edward A. Pesicka. “It is great to see our American-made fabric manufactured in our Lexington, North Carolina facility being provided to the New York City garment workers to make medical gowns for patients and caregivers in New York City hospitals. We have worked quickly with officials in the White House and the Mayor’s office to achieve this incredible outcome in a matter of days.”

“As our UPS founder often said, ‘Determined people working together can do anything’ and it is as true today as it was over 100 years ago,” said UPS Global Public Affairs President Laura Lane. “UPS is proud to be working in partnership with the White House, the city of New York, and everyone involved in this important supply chain to ensure that our healthcare workers have the protective equipment they need.”

“This is an important time for small businesses, large businesses, and the government to band together to help our neighbors on the frontlines. This is what makes NYC manufacturing and the people being the sewing machines so incredible — we can nimbly move to address supply chain issues and bring goods to market rapidly,” said Libby Mattern, Malia Mills’ Production Director and founder of non-profit Course of Trade. “We mobilized several South Brooklyn based brands to work together including That’s My Girl, MUDO Fashion, Malia Mills, Custom Sewing Services, and the Fashion Poet to shift manufacturing operations to focus on alleviating shortages of critically necessary protective equipment experienced during the current crisis.”