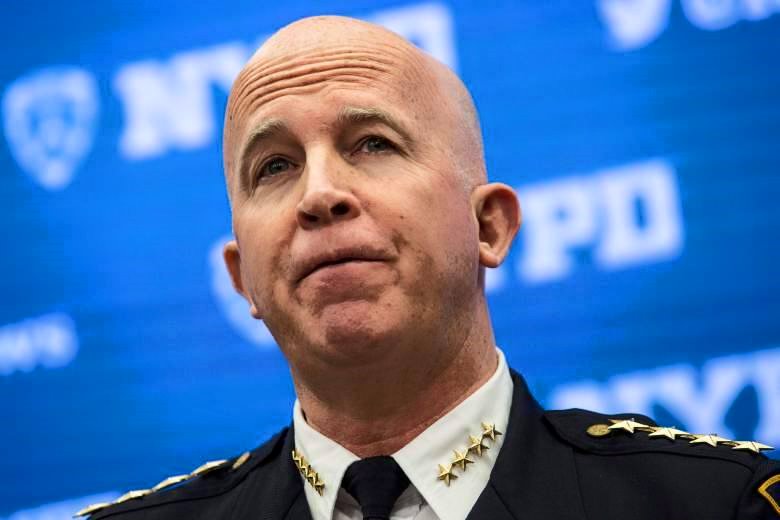 Mayor de Blasio today announced that former Police Commissioner James O’Neill will be returning to the City to serve as COVID-19 Senior Advisor. In this role, O’Neill will oversee the supply and distribution of personal protective and medical equipment within New York City hospitals as demand continues to surge due to the COVID-19 crisis. O’Neill will create, operationalize and manage a supply inspection regime within the hospitals to ensure the rapid turnaround of new supplies and verify each hospital is pushing needed equipment to frontline health care workers. O’Neill will take on this volunteer role while continuing to serve as Senior Vice President and Head of Global Security at Visa Inc.

“Jimmy is one of the finest public servants our City has ever known,” said Mayor Bill de Blasio. “Jimmy will leverage his extensive management experience and knowledge of the City to ensure that our healthcare workers on the front lines have the supplies they need to save New Yorker’s lives. I’d also like to thank Visa CEO Al Kelly for allowing Jimmy to help his beloved hometown in our hour of need.”

“I want to thank Mayor de Blasio and Visa CEO Al Kelly for this opportunity to help serve this great city once again and support the heroes on the front lines of this pandemic,” said James O’Neill. “While the toughest days of this crisis lie ahead, New Yorkers are resilient and will get through this by coming together.”

To date, the City has distributed a total of 8,282,200 face masks, 2,077,980 N95 masks, 105,880 gowns, and 1,956,940 surgical gloves to hospitals across the City. The City has now received and is dispatching all 2,500 ventilators received by the federal government. The City has also put out a call to oral surgeons, plastic surgeons, and veterinarians across the City to donate ventilators that are currently not in use. More information on how to donate is available here.

James O’Neill will voluntarily serve as COVID-19 Senior Advisor while continuing his current role as Senior Vice President and Head of Global Security at Visa. O’Neill is a 36-year veteran of the New York City Police Department, where he served in over half of the City’s precincts and was the architect of neighborhood policing. He began his law enforcement career with the New York Transit Police, then served as a lieutenant in the NYPD.

He was commanding officer of three successive precincts before working as commanding officer of the Vice, Narcotics and the Fugitive Enforcement divisions. As Chief of Department from 2014-2016, he played a key role in the department’s reengineering process, concentrating on operational reforms. O’Neill was appointed as the 43rd Police Commissioner of New York City by Mayor de Blasio in 2016.