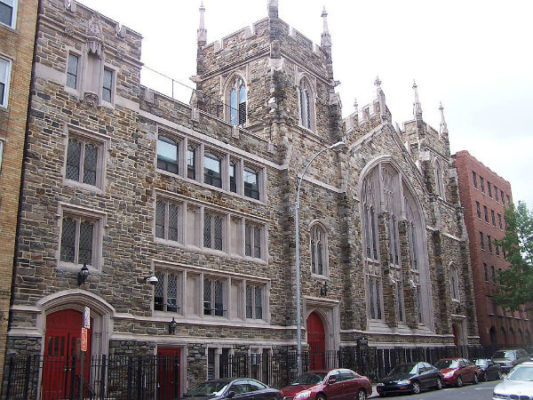 Three Harlem churches will be converted into temporary testing sites as New York State officials attempt to increase health services provided to low-income communities and communities of color that are being hit hard by the new coronavirus.

Twenty-four churches across New York City, most in largely-minority communities, will offer coronavirus testing as part of the new initiative, state officials said. Rep. Hakeem Jeffries, who hails from Bed-Stuy, said that churches have been forced into the front lines of the coronavirus crisis even as congregations are barred from meeting due to social distancing mandates.

“So, now at this moment, thanks to their continued engagement and your leadership and willingness to partner, we can address this COVID-19 pandemic with these houses of worship and religious leaders who have the credibility, the authenticity and the capacity to reach those in the community who need to be tested,” Jeffries said during a recent press briefing with Cuomo. “Because, at the end of the day, this is not over for any of us until it’s over for all of us.”

For the best picks in Harlem, get HWM's must read newsletter!

Cuomo said 20 of the 21 zip codes with the highest coronavirus hospitalization rates have greater than average African-American or Latino populations.

Brooklyn and the Bronx have been especially hit — an unfortunate echo of disasters like Katrina and the Flint water crisis in which low-income communities and communities of color bore the brunt of suffering, he said reports Patch.