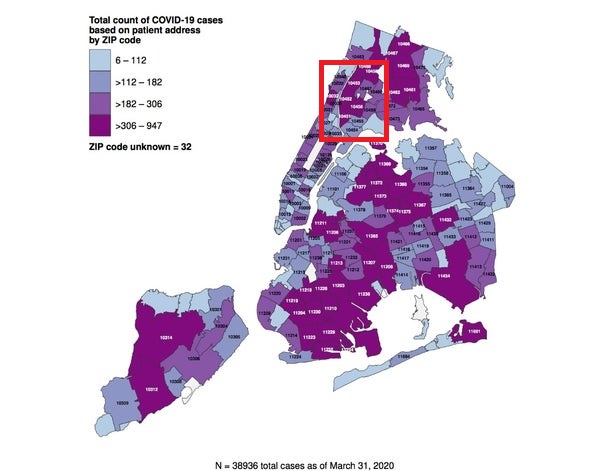 The maps do not show an exact number of cases or the percentage of the population who have tested positive per zip code. 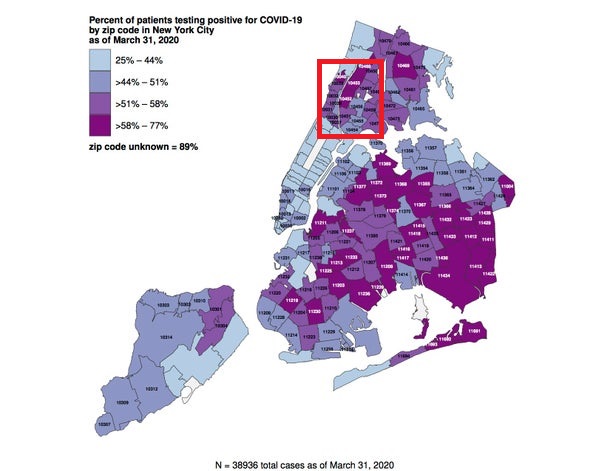 The data is based only on those who have received tests, which have become increasingly difficult to procure.

The data suggest Brooklyn and Queens have been hit hardest by the pandemic, with only one Manhattan neighborhood reporting the highest percentage range, between 58 and 77 percent.

More than 40 zip codes — predominantly in Brooklyn and Queens — have between 304 and 947 residents test positive for COVID-19, according to the map.

“You have to release more detailed data on cases and deaths,” Katie Honan told de Blasio. “It’s negligent that you’re not … please, everyone has to get this data.”

While de Blasio argued it would be irresponsible to release quickly-changing data, the next day the Health Department produced a difficult-to-interpret map of novel coronavirus cases in New York City.

Photo credit: 1-2) Harlem/uptown in red. New Yorkers can now find out how many cases of COVID-19 have been confirmed in their neighborhood. (NYC Health Department)