The COVID-19 Crisis: U.S. Could Be The New Global Epicenter, No Peak Yet In NYC 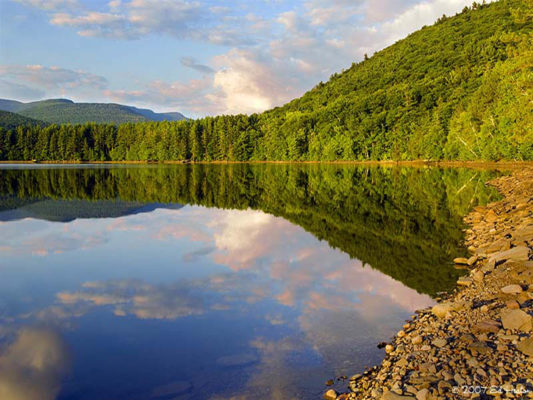 China, Italy, and Iran were the first countries with massive numbers of coronavirus (COVID-19) cases, but the World Health Organization (WHO) says the distinction of being the epicenter of the outbreak could soon shift to the United States. It points to an acceleration in U.S. cases and deaths, as well as President Trump’s stated desire to get the U.S. “open for business as soon as possible.”

Margaret Harris, a WHO spokesperson, says 85 percent of new coronavirus cases in the last 24 hours were in the U.S. and Europe. Of those, she said 40 percent were in the U.S.

“We are now seeing a very large acceleration in cases in the U.S.,” Harris told reporters today. “So it does have that potential. They have a very large outbreak and an outbreak that is increasing in intensity.”

In the U.S., New York is seeing the biggest surge in new coronavirus cases. Gov. Andrew Cuomo says the rate of new infection has doubled every three days. The state still leads the U.S. in the number of both active cases and deaths from the virus.

“That is a dramatic increase in the rate of infection,” Cuomo said. “We’re not slowing it, and it is accelerating it on its own.”

Cuomo said that based on models of the disease’s spread, New York will need at least 140,000 hospital beds to treat the sick. It currently has a capacity of 53,000 beds.

President Trump has invoked the Defense Production Act to purchase about 60,000 coronavirus testing kits to meet hospital shortages. The law passed during the Korean War gives the White House the authority to require businesses to produce items needed for national defense

In an interview with CNN, Federal Emergency Management Agency (FEMA) Administrator Peter Gaynor said the administration decided to use the law because of the need to get the test kits. He also said the White House may insert “DPA language” into its major contract for 500 million masks.

Ford to produce respirators and ventilators

Ford has retooled some of its production lines and is switching from turning out cars to producing masks and ventilators. The automaker is teaming with 3M to produce respirators, which are in short supply at many hard-hit hospitals around the country.

Ford is working with GE to build more ventilators, which may be needed in hospital intensive care units (ICU) to handle a surge in coronavirus cases. Because there is no existing treatment for the virus, the machines are needed to help the most severely affected patients breathe reports Consumer Affairs.

The automaker is also producing face shields for medical personnel. The first of the shields may be tested later this week.

There is a precedent for this. During World War II, the nation’s carmakers converted all of their factories to turning out Jeeps, tanks, and airplanes.

The International Olympic Committee (IOC) has decided to postpone the 2020 games, which were scheduled to begin July 24 in Tokyo.

It’s unclear when the event will be held. Japanese Prime Minister Shinzo Abe’s office took to social media to report that the games will be held “by the summer of 2021.”

What’s the policy in your state in terms of store closings and social distancing? Our friends at The Wall Street Journal have done the legwork. You’ll find your state on this list.